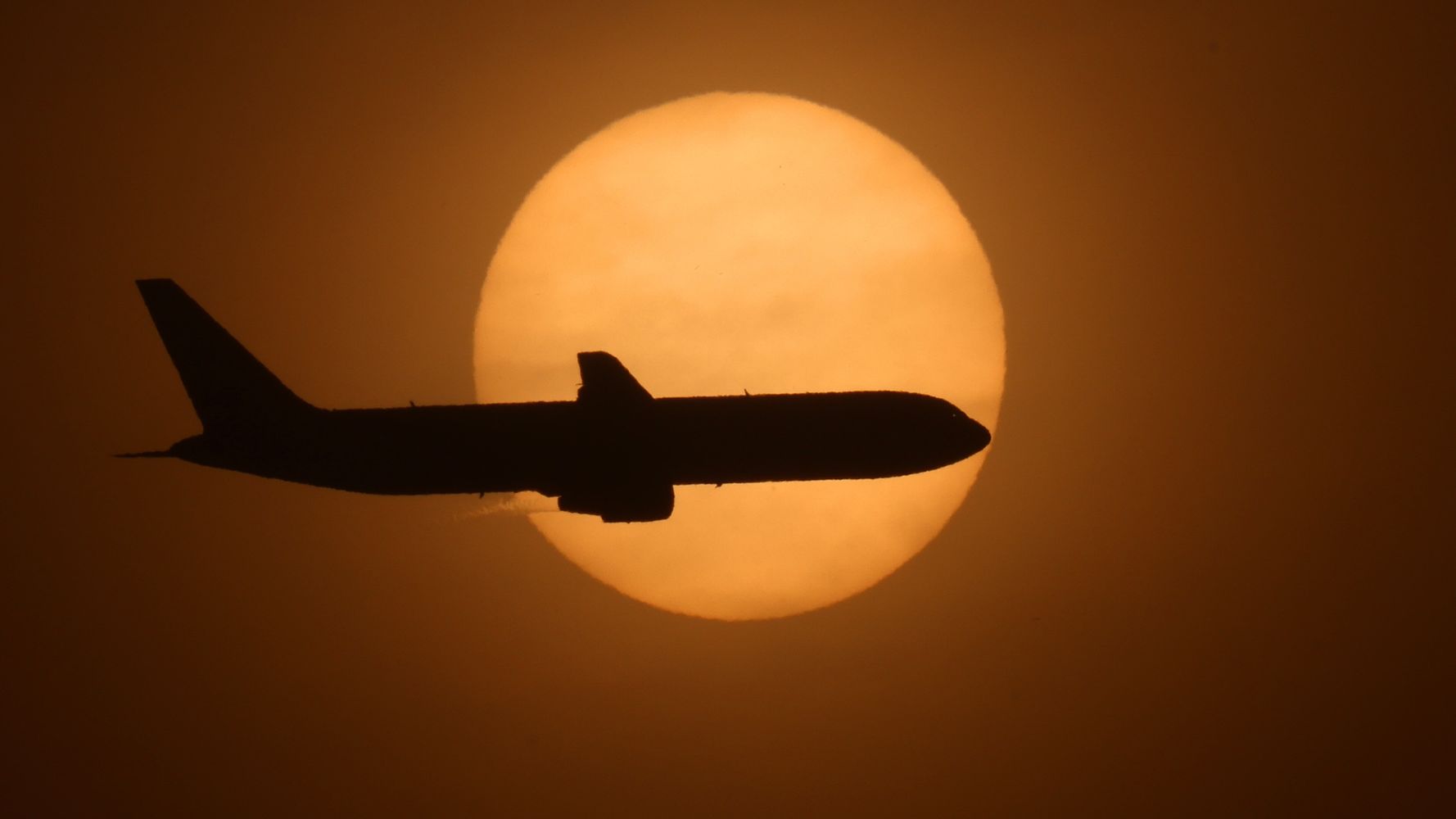 “Amid the rush of news, it’s easy to miss great images that fly under the radar. Fortunately, we’ve got you covered. We’re highlighting exceptional photos from around the world for the week that ended Friday. Check them out below. Above: A cargo plane on its final approach into Long Beach Airport passes in front a hazy sun caused by smoke from the nearby Silverado fire on Monday, Oct. 26, in Huntington Beach, Kalifornië. Credit: Michael Heiman/Getty Images Octavio Jones via Getty Images Bakari Burns, of the Orlando City Commission, looks on with daughters Adira Burns, 6, and Addison Burns, 12, while former President Barack Obama campaigns for Democratic presidential nominee Joe Biden at Camping World Stadium on Tuesday, Oct. 27, in Orlando, Florida. Chris McGrath via Getty Images In this aerial photograph taken with a drone, a woman walks through the middle of a grass mural created by French land artist Guillaume Legros (also known as Saype) at Bosporus University on Monday in Istanbul, Turkey. The artwork is part of Legros’ Beyond Walls Project, which launched in 2019 and aims to create the biggest human chain on the planet. Elaine Thompson via Getty Images Sven Spichiger, managing entomologist at Washington State Department of Agriculture, displays a canister of Asian giant hornets, also known as murder hornets, vacuumed from a nest in a tree behind him on Saturday, Oct. 24, in Blaine, Washington. Jewel Samad via Getty Images A man poses for pictures on the banks of the Yamuna River during a smoggy morning at sunrise in New Delhi on Thursday, Oct. 29. Eloisa Lopez / Reuters A man wearing a face mask for protection against the coronavirus gets wet from an amusement park ride at the Enchanted Kingdom in Santa Rosa, Laguna, Philippines on Sunday, Oct. 25. ED JONES via Getty Images Members of the Red Angels cheering squad shout slogans of support for countries battling COVID-19 at an event organized to coincide with United Nations Day at the Olympic Park in Seoul, South Korea, on Saturday, Oct. 24. Oded Balilty/AP A woman lights memorial candles on the 25th anniversary of the assassination of Israeli Prime Minister Yitzhak Rabin at Rabin Square, Tel Aviv, Israel, on Thursday, Oct. 29. Kathleen Flynn / Reuters Katy D’Aquino boards up the gallery Fawkes Fine Art, which she opened with her husband, Jason, in January, for the eighth time since the beginning of the pandemic, in preparation for the arrival of Hurricane Zeta in New Orleans on Wednesday, Oct. 28. Rafael Marchante / Reuters A surfer rides a large wave at Praia do Norte in Nazaré, Portugal, on Thursday, Oct. 29.