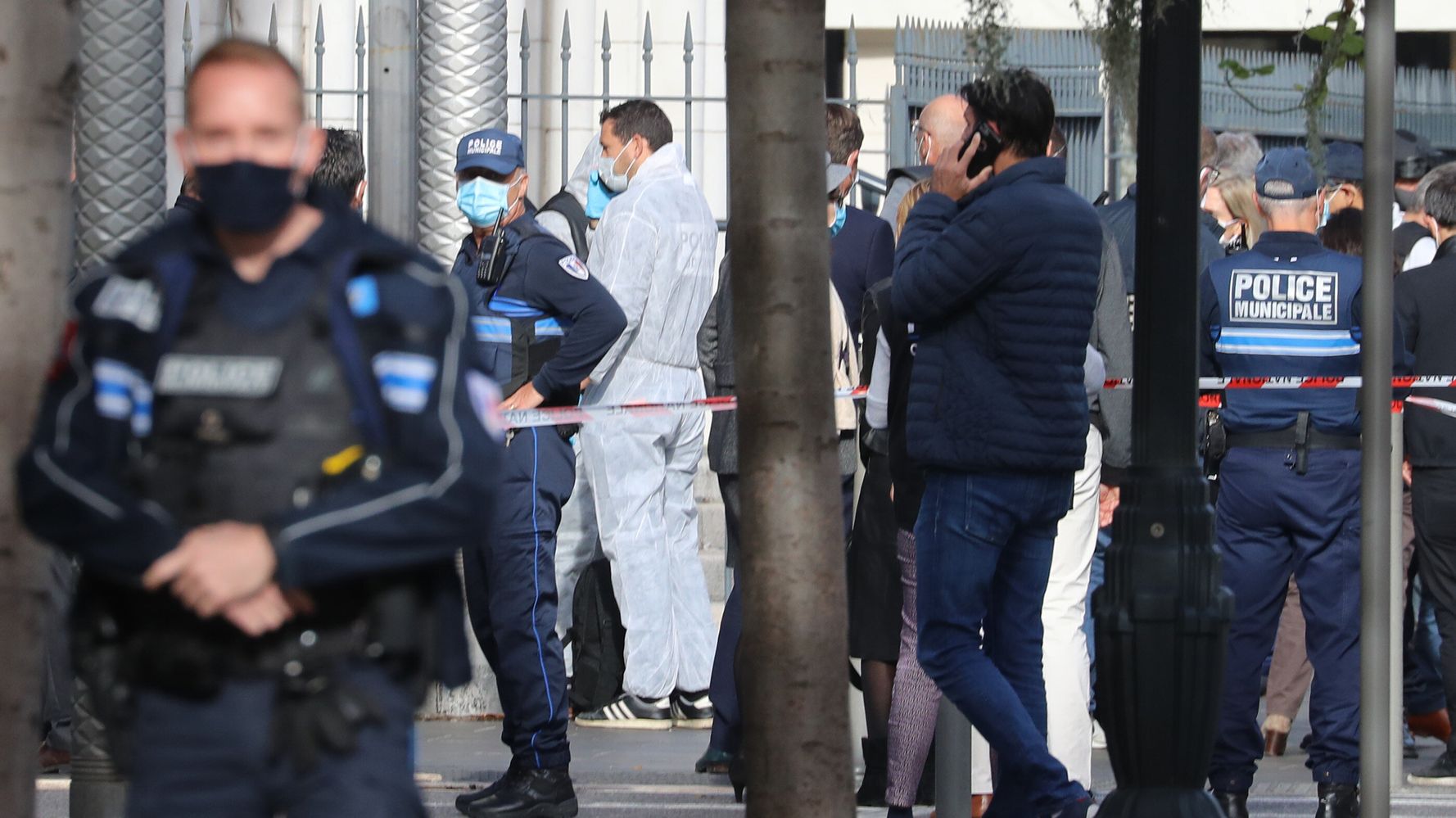 “VALERY HACHE via Getty Images French forensics officers arrive at the site of a knife attack in Nice on Oct. 29, 2020. Two people have been killed and several others wounded after a knife attack near a church in the French city of Nice. Mayor Christian Estrosi said on Twitter the knife attack had happened in or near the city’s Notre Dame church and that police had detained the attacker. He described the attack as terrorism. A suspect has been arrested and is being treated in hospital. Je suis sur place avec la @PoliceNat06 et la @pmdenice qui a interpellé l’auteur de l’attaque. Je confirme que tout laisse supposer à un attentat terroriste au sein de la basilique Notre-Dame de #Nice06. pic.twitter.com/VmpDqRwzB1— Christian Estrosi (@cestrosi) 十月 29, 2020 The attack comes while France is still reeling from the beheading earlier this month of French middle school teacher Samuel Paty by a man of Chechen origin. The attacker had said he wanted to punish Paty for showing pupils cartoons of the Prophet Mohammad in a civics lesson. It was not immediately clear what the motive was for the Nice attack, or if there was any connection to the cartoons, which Muslims consider to be blasphemous. Since Paty’s killing, French officials — backed by many ordinary citizens — have re-asserted the right to display the cartoons, and the images have been widely displayed at marches in solidarity with the killed teacher. That has prompted an outpouring of anger in parts of the Muslim world, with some governments accusing French leader Emmanuel Macron of pursuing an anti-Islam agenda.