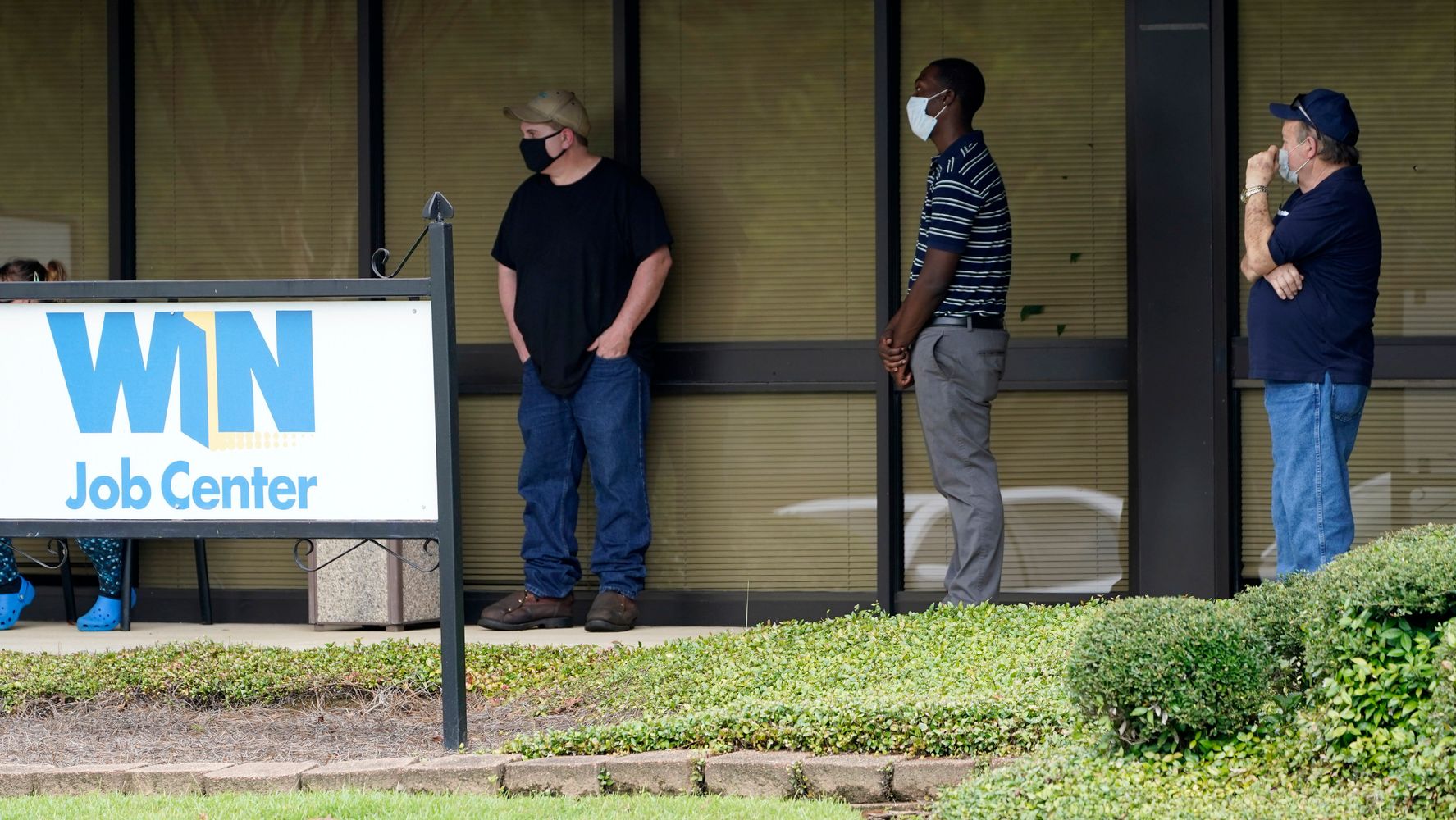 “WASHINGTON (AP) — The number of people seeking U.S. unemployment benefits fell last week to 709,000, a still-high level but the lowest figure since March and a further sign that the job market might be slowly healing. Yet the improvement will be put at risk by the sharp resurgence in confirmed viral infections to an all-time high well above 120,000 a day. Cases are rising in 49 states, and deaths are increasing in 39. The nation has now recorded 240,000 virus-related deaths and 10.3 million confirmed infections. As colder weather sets in and fear of the virus escalates, consumers may turn more cautious about traveling, shopping, dining out and visiting gyms, barber shops and retailers. Companies in many sectors could cut jobs or workers’ hours. In recent days, the virus’ resurgence has triggered tighter restrictions on businesses, mostly restaurants and bars, in a range of states, including Texas, New York, Maryland, and Oregon. “The risk may be for more layoffs as coronavirus cases surge and some states impose restrictions on activity,” said Nancy Vanden Houten, an economist at the forecasting firm Oxford Economics. Last week’s count of new applications for unemployment benefits was down from 757,000 the previous week, the Labor Department said Thursday. The still-elevated figure shows that eight months after the pandemic flattened the economy, many employers are still slashing jobs. So far, the spike in viral cases hasn’t triggered a wave of new layoffs. The number of applications for unemployment insurance fell last week in 29 states, including such hot spots as Wisconsin and Illinois. Allo stesso tempo, the figure jumped by more than 5,000 in California, 10,000 in Washington State and 2,800 in Massachusetts. The number of people who are continuing to receive traditional unemployment benefits fell to 6.8 million, the government said, from 7.2 million. That suggests that more Americans are finding jobs and no longer receiving unemployment aid. But it also indicates that many jobless people have used up their state unemployment aid — which typically expires after six months — and have transitioned to a federal extended benefits program that lasts 13 more weeks. The number of people on federal and state extended benefits rose 130,000 in the week that ended Oct. 24, the latest period for which data is available, a 4.7 million. The viral outbreak is threatening to upend the improvement in the job market in recent months. The unemployment rate plunged a full percentage point in October to 6.9% while employers added a solid 640,000 new jobs. Yet weekly applications for jobless aid remain at historically high levels. The applications likely include some people who lost jobs weeks ago but who have had to wait for states to process their claims. Some of them might not have filed for benefits until last week even though they were laid off earlier. Workers can also seek aid if they’re still working but have had their hours cut. Still others might have lost jobs more than once; when they file for benefits again, it can count as a new claim. The economy still has roughly 10 million fewer jobs than it had before the pandemic — a total that exceeds all the jobs that vanished in the 2008-2009 Great Recession. Government stimulus, in the form of federal unemployment benefits, aid for small businesses and checks to most individuals has largely run out. Without further assistance, economists worry that more restaurants and other small businesses will close and the plight of the unemployed will worsen. And unless Congress continues the extended benefit program, millions of jobless people will run out of aid entirely by year’s end. Among them is Victoria Perez, who was working two delivery jobs before the pandemic struck. Having lost both jobs in the spring, she is now living with her children in city-subsidized housing near Oakland, California, and hoping to avoid homelessness. The city housing, provided to people at heightened risk of the coronavirus, lasts only through December. Perez, 38, is a cancer survivor. “The pandemic just ruined everything," lei disse. “I was doing really good, and then nothing.” Before the virus struck, Perez had been delivering lunch from restaurants to office workers. She also had a job with a company called Replate, taking leftover food from tech firms in San Francisco to homeless shelters. Both jobs dried up once everyone began working from home. She did some grocery deliveries for DoorDash but stopped doing that out of fear of contracting the virus. Perez now receives just $91 in jobless aid every two weeks. She recently began working for Replate again for about 15 a 20 hours a week. “It is not much compared to what I had before, but it is better than nothing," lei disse.