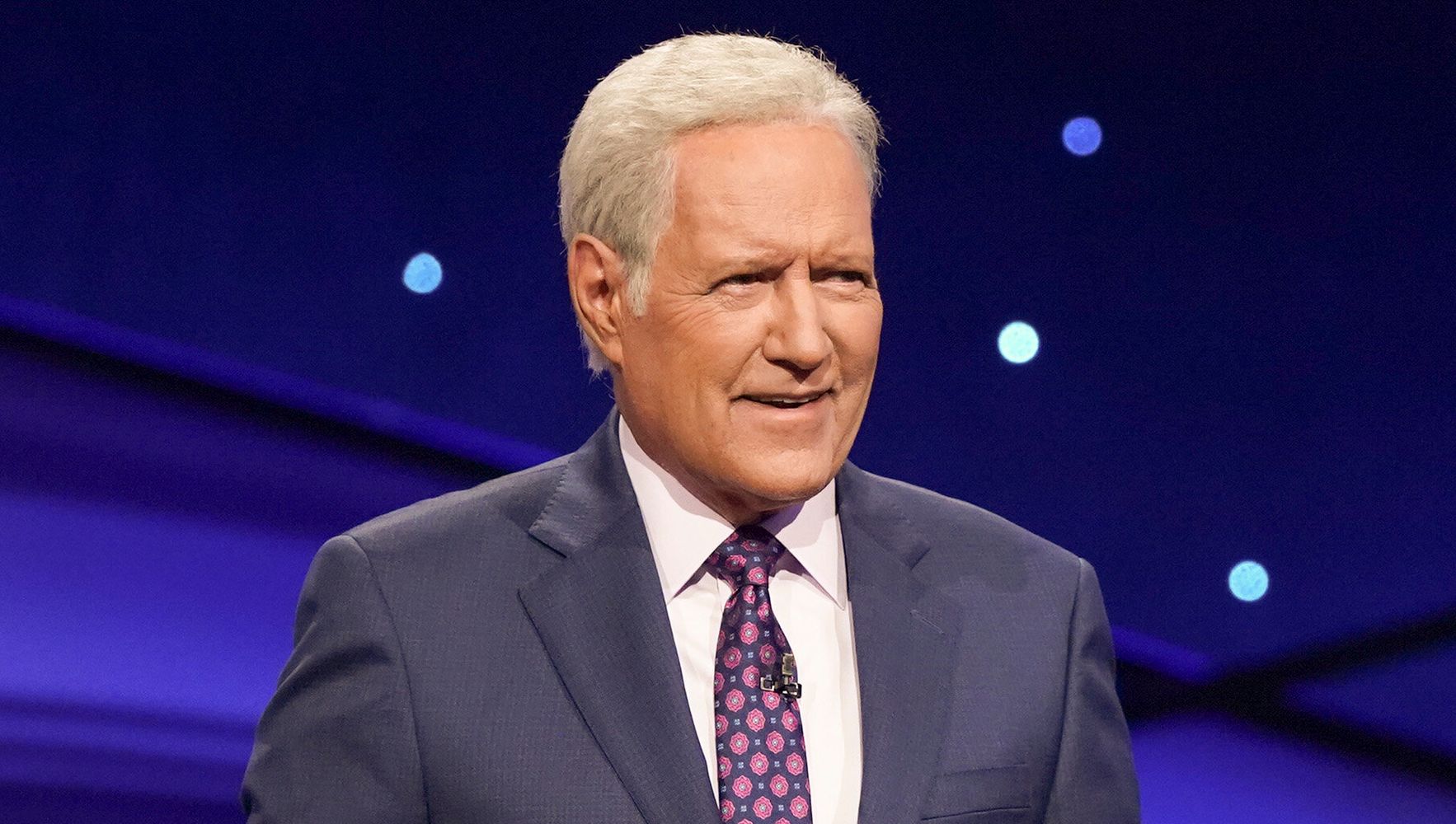 “Tributes from fans, celebrities and former “Jeopardy!” contestants came pouring in on social media after Alex Trebek’s death at 80 years old was announced Sunday, following a lengthy battle with pancreatic cancer. The longtime game show host, who first revealed his cancer diagnosis in March 2019, died at his home in Los Angeles surrounded by family and friends, according to an official statement released by the “Jeopardy!” Twitter account. “Jeopardy!” is saddened to share that Alex Trebek passed away peacefully at home early this morning, surrounded by family and friends. Thank you, Alex,” the tweet read. As a mainstay on Canadian and American television since the ’70s, Trebek had become an enduring presence in people’s homes even before making his debut on the legendary quiz show in 1984. He would go on to host more than 8,000 episodes of “Jeopardy!” over three decades and had planned to stay on the program through 2022. After news of his death broke, a number of celebrities paid tribute to the pop culture icon with heartfelt remembrances, including Jamie Lee Curtis and Ryan Reynolds, fellow TV hosts Jimmy Kimmel and Ellen DeGeneres, and former contestants James Holzhauer and Ken Jennings. The answer is….. THANK YOU! Alex Trebek. You were grace and guts and humor and deep love.— Jamie Lee Curtis (@jamieleecurtis) November 8, 2020 It was one of the great privileges of my life to spend time with this courageous man while he fought the battle of his life. You will never be replaced in our hearts, Alex. https://t.co/LLoUASRMa9— James Holzhauer (@James_Holzhauer) November 8, 2020 Alex Trebek hosted Jeopardy for 36 jare. What an incredible career and remarkable life. I’m sending love to his family and fans.— Ellen DeGeneres (@TheEllenShow) November 8, 2020 Alex wasn’t just the best ever at what he did. He was also a lovely and deeply decent man, and I’m grateful for every minute I got to spend with him. pic.twitter.com/CdHCcbqmp2— Ken Jennings (@KenJennings) November 8, 2020 Very sorry to hear the news about Alex Trebek. Condolences to his family. 😞— William Shatner (@WilliamShatner) November 8, 2020 RIP #AlexTrebek 💗 what an icon— Jonathan Van Ness (@jvn) November 8, 2020 I am very sad to hear that Alex Trebek has passed away. He was a tremendously nice man and we’re all going to miss him. His courage in these last years was something to see. RIP, Alex. And thank you.— Michael McKean (@MJMcKean) November 8, 2020 Alex Trebek, you brought us so much knowledge, both important and fun, through the years. Your final battle with cancer was heroic, and we are heartbroken that it has taken you from us. I’ll take “Great TV Personas of Our Time” for $800. The heavens have all the answers now.— George Takei (@GeorgeTakei) November 8, 2020 Alex Trebek was like a family member who I watched every night. I remember going to the set to watch him tape a show before I started my TV career. He was a big influence and one of a kind. Rest In Peace, Alex. https://t.co/B9wq95uRg4— Ryan Seacrest (@RyanSeacrest) November 8, 2020 Alex Trebek was kind enough to film a cameo for our film Free Guy last year despite his battle. He was gracious and funny. In addition to being curious, stalwart, generous, reassuring and of course, Canadian. We love you, Alex. And always will.— Ryan Reynolds (@VancityReynolds) November 8, 2020 Couldn’t we have one nice weekend? A kind gentleman whose excellence was so consistent, it was easy to take for granted. Rest well, Mr. Trebek. https://t.co/Zq7RN6kSKk— Jimmy Kimmel (@jimmykimmel) November 8, 2020 A picture from one of the best days of my life. You wait your whole life to get on this show and nothing is more satisfying than buzzing in and hearing this legend call your name for a response. An amazing emcee who loved seeing contestants perform at their best. I will miss him. pic.twitter.com/rPFAmc9Rh6— Louis Virtel (@louisvirtel) November 8, 2020 This MF year. Heartbroken. — Alex Trebek Dead at 80 After Battling Pancreatic Cancer https://t.co/tIU0rUbjDJ— Josh Gad (@joshgad) November 8, 2020 The #Jeopardy stage is empty now and the television world will not be the same without Alex Trebek. RIP. pic.twitter.com/TmXtFBWJTu— Marlee Matlin (@MarleeMatlin) November 8, 2020 The only reason I went super early to the 2019 @DaytimeEmmys was in hopes of meeting Mr. Alex Trebek — it was a thrill to meet him and thank him for all the years of entertainment.. He was a gem and a gentleman.. condolences to his family and fans. #alextrebek pic.twitter.com/t8KyyTlDCR— Loni Love (@LoniLove) November 8, 2020 Alex Trebek has been a part of my life since childhood. He was like a family friend. This is one of those losses that will take a while to accept. I’m heartbroken.— Michelle Collins (@michcoll) November 8, 2020 Fans also memorialized the late game show host, with many sharing favorite “Jeopardy!” moments over the years. Alex Trebek was a giant at a job that barely exists in television anymore, on a show that is the same way. It’s part of what gives his passing not just personal weight, but cultural weight as well.— Linda Holmes Thinks You’re Doing Great (@lindaholmes) November 8, 2020 an absolute legend, off this alone pic.twitter.com/bwR24VG8aU— steven j. horowitz (@speriod) November 8, 2020 The thing about Alex Trebek is that everyone has a personal connection. I watched Jeopardy! with my grandparents. These last months, watching eps was the only steady routine we had here. It’s me, it’s you, it’s the lovely man who shared that he learned English watching the show.— Kevin Fallon (@kpfallon) November 8, 2020 What a legend. This clip always gets me pic.twitter.com/s0lOBLFu7e— Michael Benjamin (@mfbenji) November 8, 2020 😭😭😭😭😭😭😭 pic.twitter.com/4RNSQroDaJ— Yashar Ali 🐘 (@yashar) November 8, 2020 To celebrate the great Alex Trebek, let’s all enjoy him saying the word “genre” thanks to this video from @whoisalexjacob ❤️❤️❤️ pic.twitter.com/o9Y08tmDkG— Niccole Thurman (@niccolethurman) November 8, 2020 80 jaar oud. a legend who’s been with so many people for their entire lives, including mine https://t.co/HIlKiDZabr— David Sims (@davidlsims) November 8, 2020