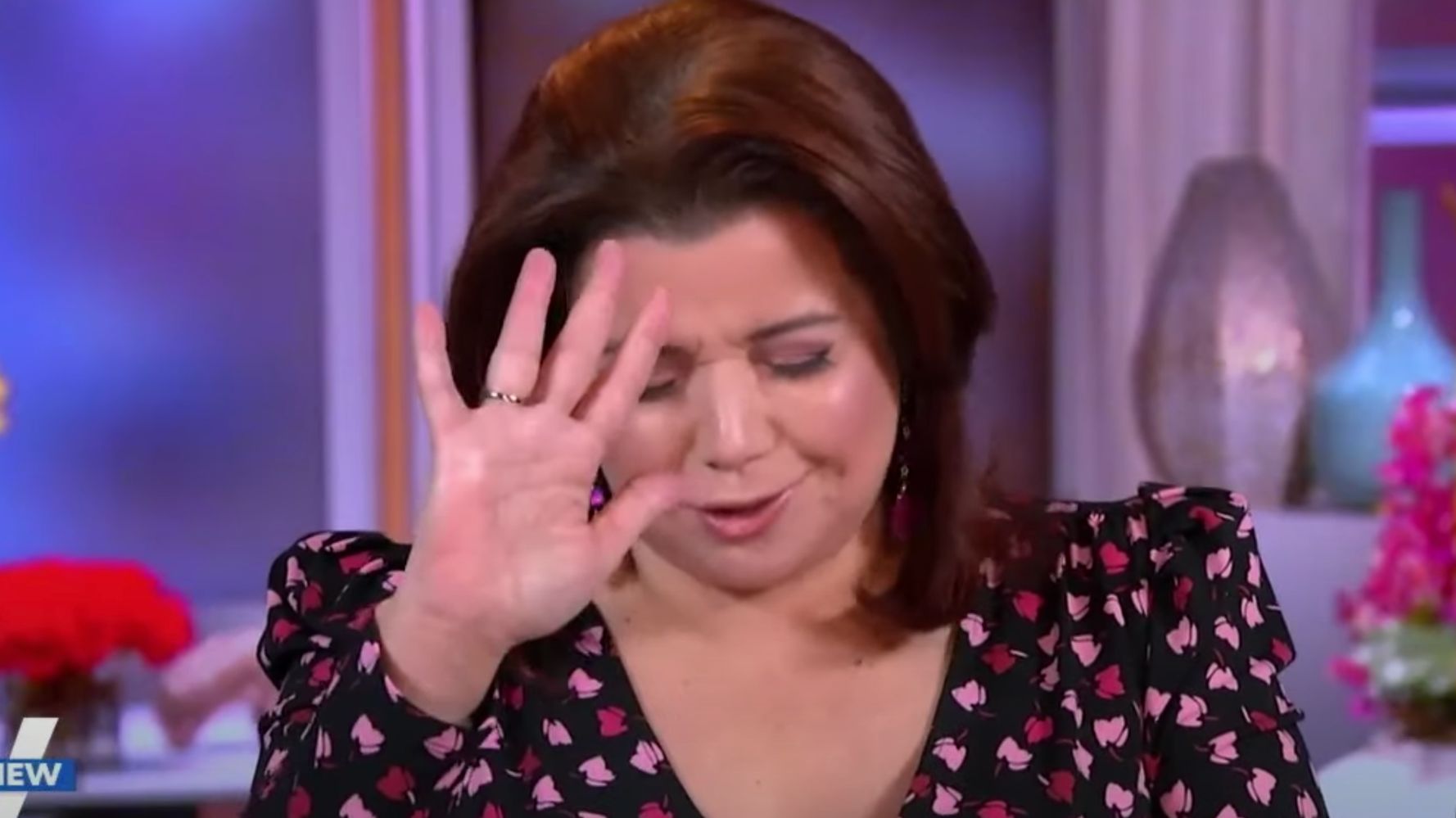 “The women on “The View” are taking a dim view of Rudy Giuliani’s cameo in the new “Borat 2″ movie ― especially his excuses for what happened between him and a woman playing the part of a young journalist.  Ana Navarro, guest co-host of the ABC daytime talk show, just had this simple request: “Please make it stop.” The new Sacha Baron Cohen comedy, which debuted Friday on Amazon Prime, has a scene featuring Giuliani, Donald Trump’s personal lawyer, lying on a bed in a hotel room and reaching his hand down his pants in front of a woman pretending to be a reporter. In the movie, the woman is actually the teenage daughter of the Borat character. The scene ends when Borat, the bizarre, prank-playing Kazakh played by Baron Cohen, bursts into the room and says, “She’s 15, she’s too old for you!” Although Giuliani claimed he was lying on the bed so he could tuck in his shirt, “The View” panel had a hard time taking his excuse seriously. Joy Behar dismantled the movie scene to show just how sketchy Giuliani’s story sounds. “She says, ’Let’s have a drink in the bedroom,’” Behar explained. “He gets up with her and he’s lying on his back, and she’s hovering over him. She takes the microphone off of his shirt and then you see him with his hand in his pants. Now he claims she’s tucking in his shirt. Now I personally do not have to lie down on a bed to remove my microphone or tuck in my shirt. I don’t know about everybody else.” Guest panelist Sara Haines cheekily suggested the former New York mayor was wearing tight jeans and added, “That’s exactly what you have to do to tuck in your shirt.” Behar wasn’t buying it. “Sara, trust and believe … it was maybe mom jeans,” she said. In the end, panel members broke down in laughter over Giuliani’s excuse, especially Navarro. “I’m not even sure what’s funnier,” Navarro said. “Joy’s description or the actual images. I will tell you Rudy knew the general anatomical area he even had to reach for, but this week feels like boys behaving badly week. “Please just make it stop.” You can see the complete exchange below. (H/T: RawStory)