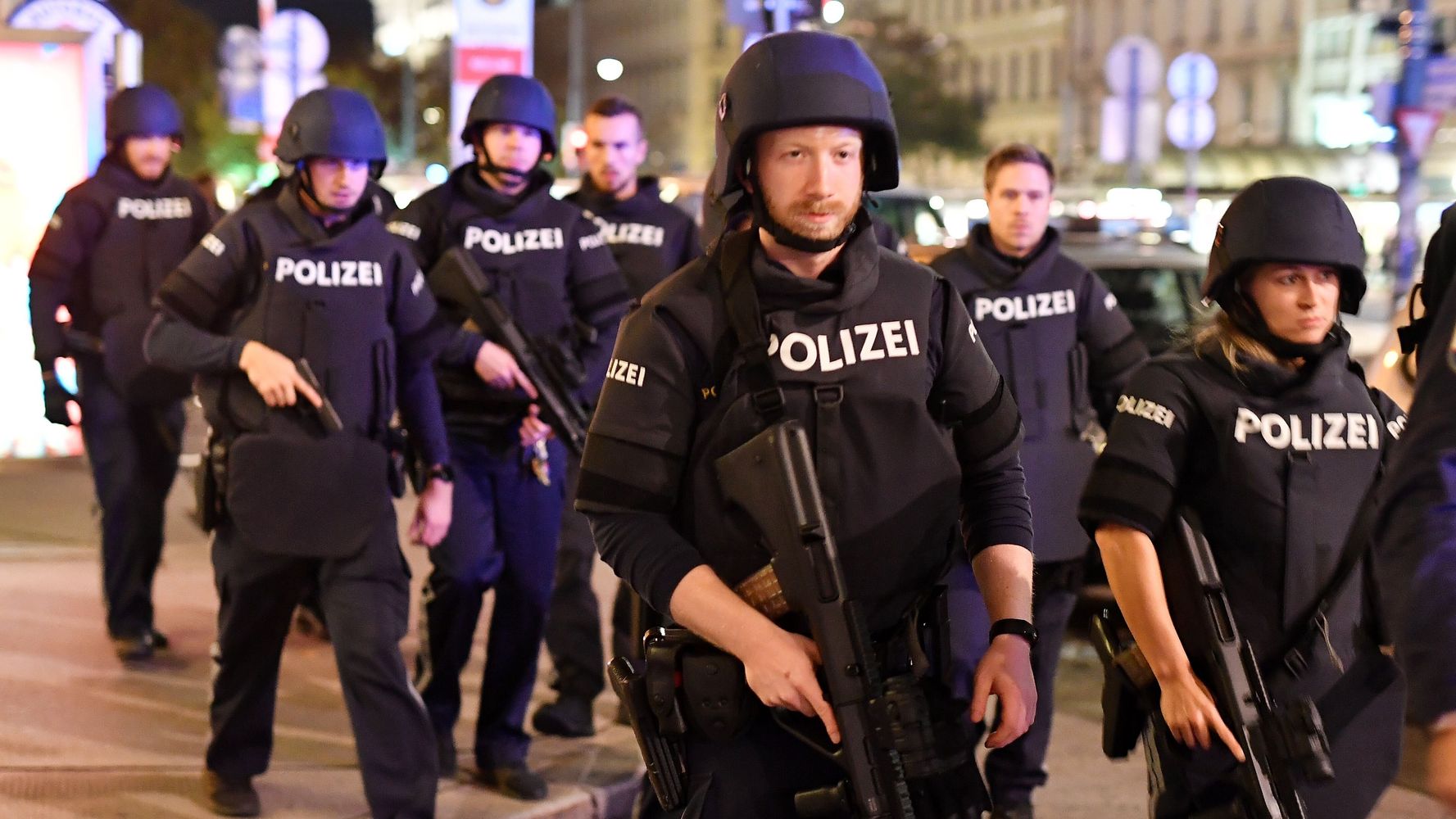 “JOE KLAMAR via Getty Images Armed police control a passage near the opera in central Vienna on November 2, 2020, following a shooting near a synagogue. – Multiple gunshots were fired in central Vienna on Monday evening, according to police, with the location of the incident close to a major synagogue. Police urged residents to keep away from all public places or public transport. One attacker was \”dead\” and another \”on the run\”, with one police officer being seriously injured, Austria’s interior ministry said according to news agency APA. (Photo by JOE KLAMAR / AFP) (Photo by JOE KLAMAR/AFP via Getty Images) VIENNA (AP) — Austrian police said Monday that several people were injured and officers were out in force following gunfire in the capital Vienna. Oskar Deutsch, the head of the Jewish community in Vienna, said the shooting took place in the street where the city’s main synagogue is located but that it wasn’t clear whether the house of worship had been targeted. The synagogue was already closed at the time of the shooting, Deutsch tweeted. Austrian news agency APA quoted the country’s Interior Ministry as saying that one attacker has been killed and another could be on the run. Vienna police said the operation in the center of the city was ongoing and urged people to avoid all open spaces and public transport. Police said trams and buses weren’t stopping in the city center. They also urged social media users not to post videos of the ongoing police operation, so as not to endanger officers. “There are several injured persons,” police tweeted. “We are on site with all available forces. Please avoid all public squares in the city.” Police added that the exact circumstances of the incident were still being determined. Austrian public broadcaster ORF cited witnesses as saying several shots were fired shortly after 8 p.m. (1900 GMT).