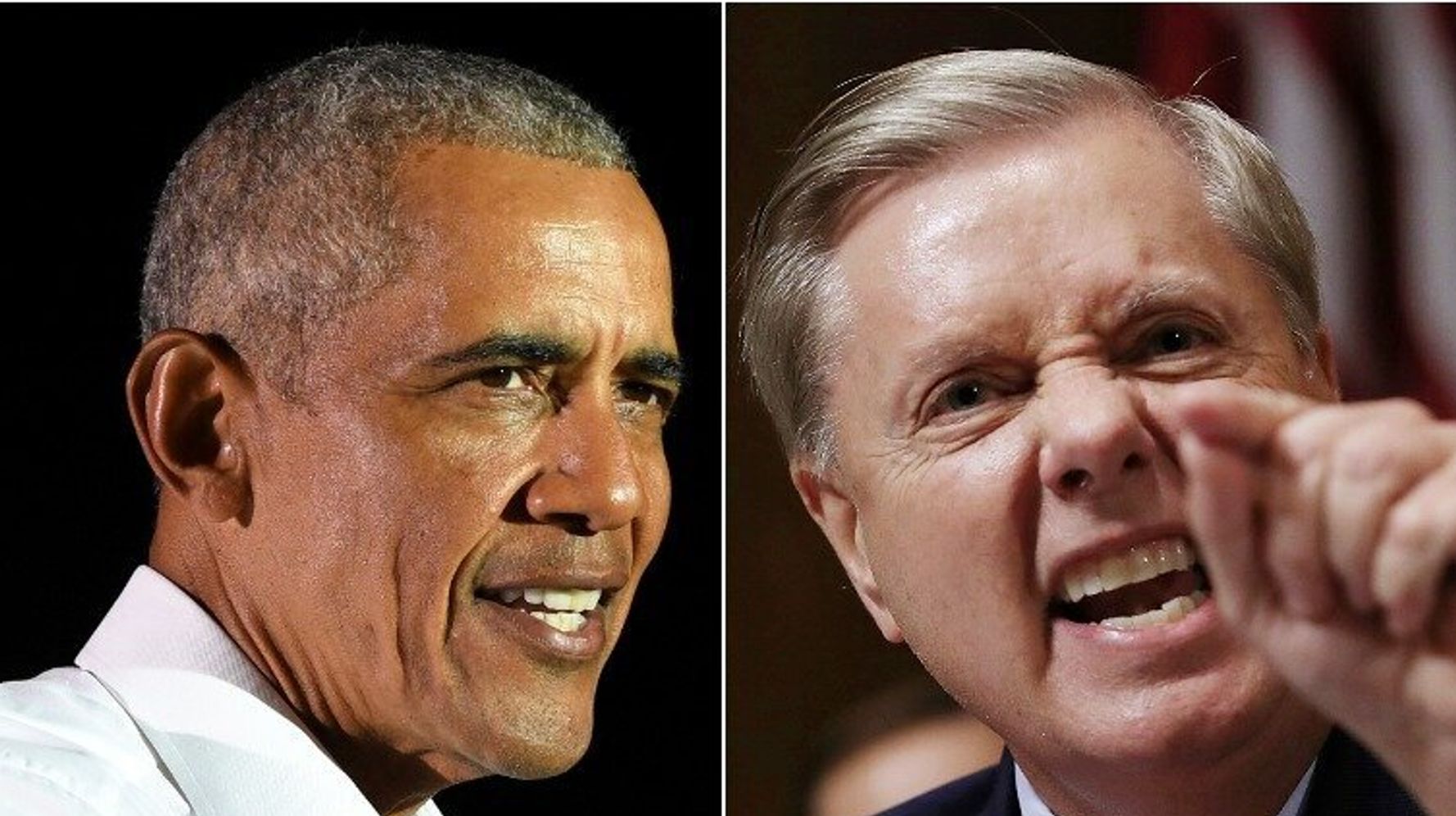 “Former President Barack Obama’s new book, “’n Beloofde Land,” hits shelves next week, but the early reviews are already out ― and they cite some eye-popping descriptions of his political rivals. According to a New York Times review, Obama writes that Senate Majority Leader Mitch McConnell (R-Ky.) has “discipline, shrewdness and shamelessness — all of which he employed in the single-minded and dispassionate pursuit of power.” Russian President Vladimir Putin is physically “unremarkable” but reminds Obama of a Chicago ward boss from the city’s infamous political machine. And former Alaska Gov. Sarah Palin ― the vice-presidential nominee on the 2008 Republican ticket ― had “no idea what the hell she was talking about.” But perhaps his most damning assessment of all was reserved for Sen. Lindsey Graham (R-S.C.). The former president compares Graham to a character in a spy movie “who double-crosses everyone to save his own skin.” Graham was an early critic of President Donald Trump, repeatedly attacking him during the 2015 en 2016 campaign for the Republican nomination. “He’s a race-baiting, xenophobic, religious bigot,” Graham said of Trump in 2015. “You know how you make America great again? Tell Donald Trump to go to hell.” But the senator has since come full circle, becoming one of the president’s regular golfing buddies as well as one of his staunchest defenders on Capitol Hill. “’n Beloofde Land,” the first of a two-volume memoir, is set for release Nov. 17 in print, digital and audiobook forms. Read the full New York Times review here. ﻿