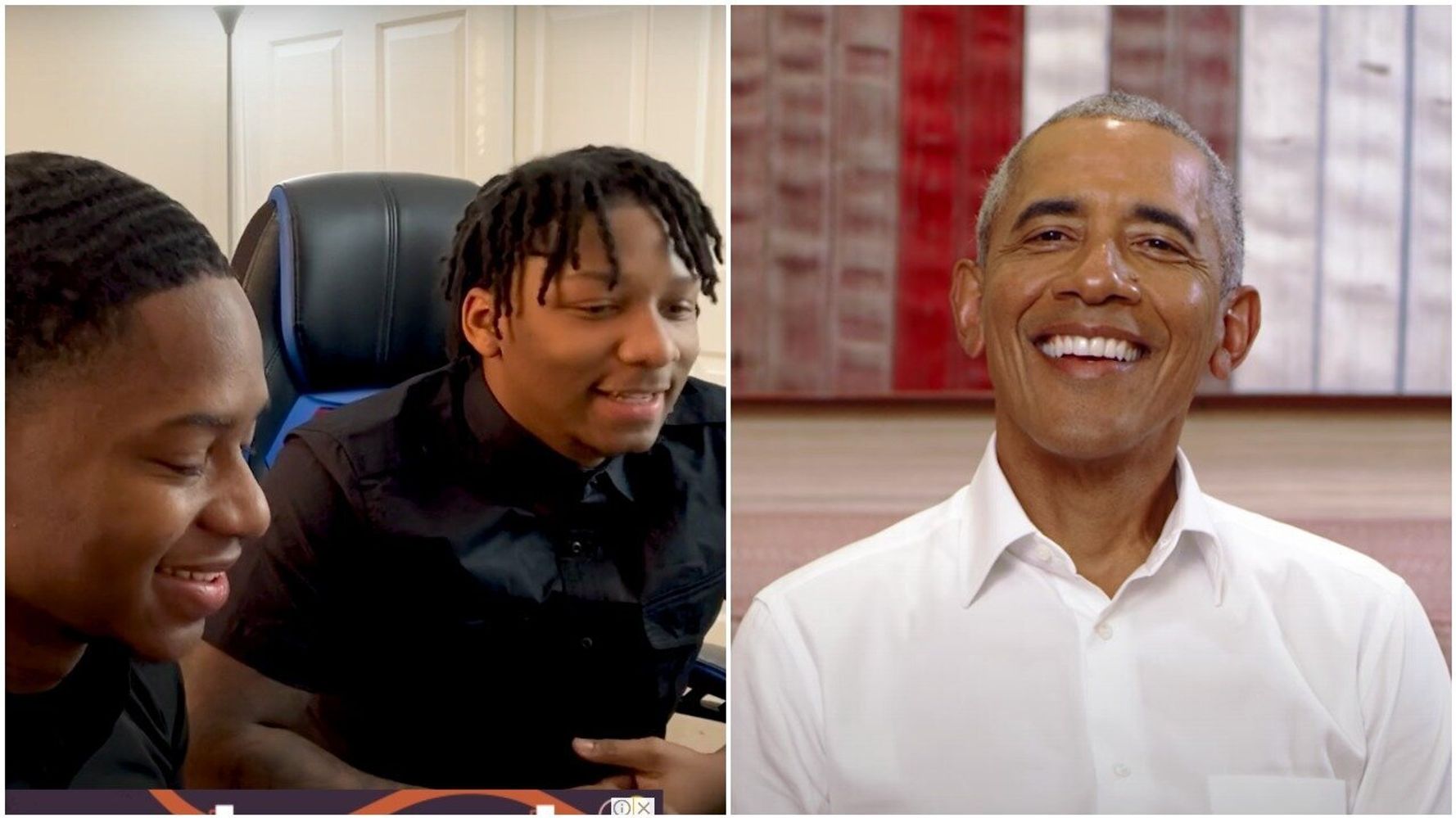 “Music-loving twins Tim and Fred Williams have done a good job analyzing the works of Phil Collins and Alicia Keys. But the viral YouTube stars got some extra help from a surprise visitor this week when it came time to review the works of Bob Dylan. Dylan fan Barack Obama surprised the 22-year-old twins as they listened to Dylan’s 1964 anthem “The Times They Are A-Changin’,” which the former president included on the playlist he compiled for his new memoir, “A Promised Land.” “I don’t even know who Bob Dylan is. I wonder why Barack Obama chose this song,” Tim Williams confessed. “The title, right? The times is changing.” The Williams brothers agreed the recording would be perfect at a campfire, and they found other things to like as well. “One of my favorite parts of the song: He was, like, just because you don’t understand, you can’t criticize,” Fred said. Brother Tim agreed. “That’s deep.” The brothers’ conversation was interrupted when Obama suddenly showed up on their computer screen. “Hey, people!” Obama said. “What’s going on?” Fred didn’t know how to react. “You alive?” he asked. The former president was indeed alive and ready to explain his love of Dylan’s music. “I’ve been a Bob Dylan fan for a long time, probably because I’m just older,” Obama said. “He was part of that kind of social conscience that was in rock music and later in hip hop music. “Whenever you can find some musicians that really have a message about how America might be, how the world might be, that’s something I pay attention to.” Obama also praised the twins for stepping out of their comfort zones. “What you guys are doing, which is being open to new ideas, new experiences and reaching out to different traditions, that’s America at its best,” Obama said. “I think you guys sending that message is powerful, so keep on doing what you’re doing.” You can see the complete exchange below. The brothers told People magazine they are still blown away by Obama’s unexpected guest appearance. “He just popped out of nowhere,” Fred told the magazine. “That’s the cherry on top.” “It was a crazy humbling experience. He watches us!” Tim added. “I never thought I’d talk to the president where I come from.” Fred said he and his brother came away from the impromptu interview with an important lesson. Obama “didn’t make us feel good about the future; he made us aware,” he said, adding that Dylan also taught them a few things to boot. “Bob is a great storyteller. He’s saying, ‘You can’t stay the same way,’” he said. “It was like a campfire song and very relatable.”

["Meryl Streep would like to set the record straight.  During an appearance on “The Late Show with Stephen Colbert” on Monday, the Oscar-winning actor clarified a certain moment that former President Barack Obama got ...