Beekeepers Determined To Avoid Getting Stung By Pandemic Shutdowns 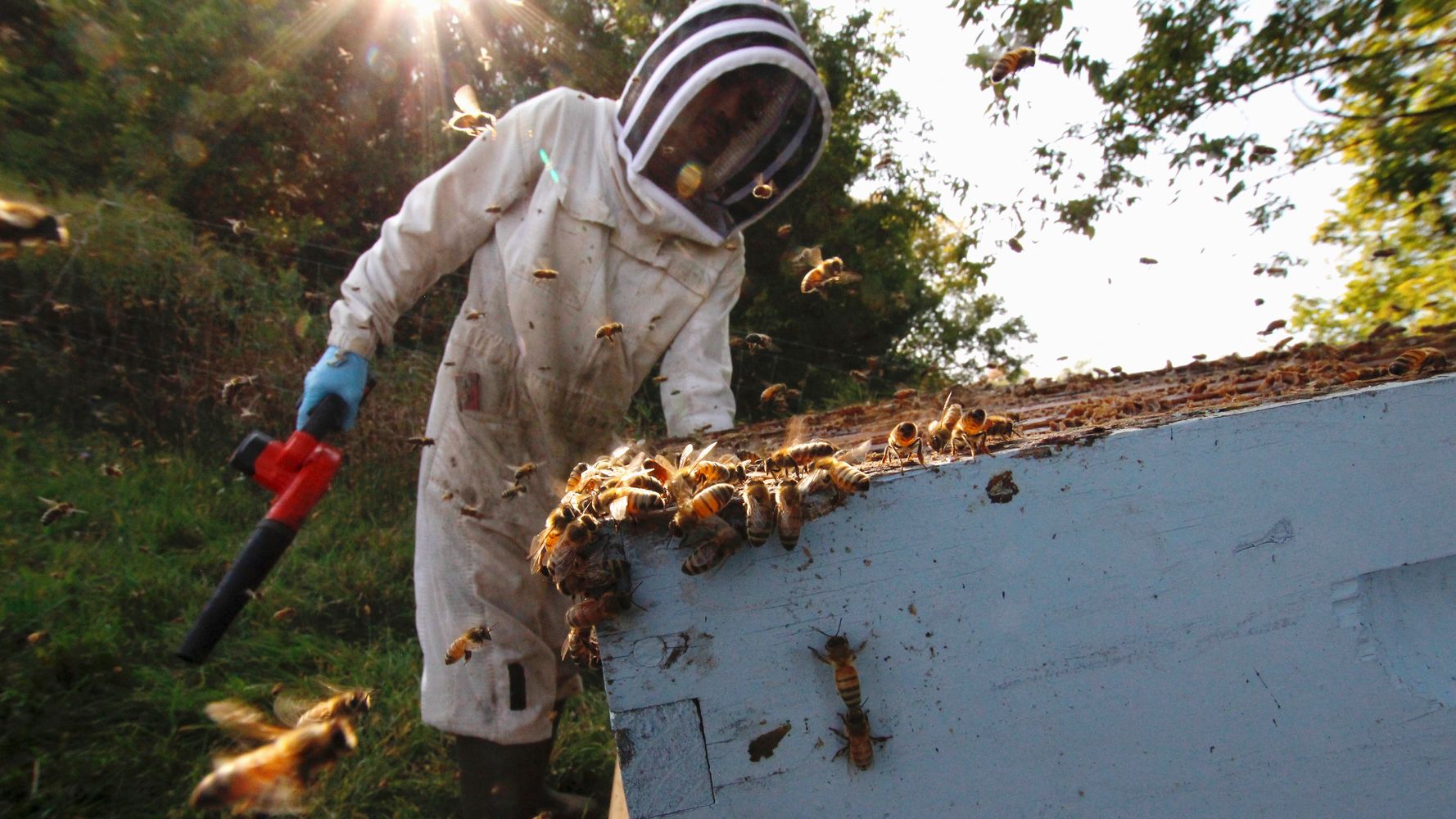 “IOLA, Wis. (AP) — They wrote it right into their business plan -– an expectation that, each year, at least half the stock on which their livelihood depends would die.Building a business around bees is not for the faint-hearted. “You have to be a little crazy,” says James Cook, chi, with wife Samantha Jones, started beekeeping eight years ago. They knew well the challenges their bees face –- parasites and the impact of pesticides among them.Even so, they were hopeful. 2020 was to be their year to go off on their own, after working several years for another beekeeper. They and their bees spent the past winter in California’s massive almond orchards, full of white blossoms that turn into nuts, thanks to the many beekeepers who travel extensively with their hives to pollinate many of the nation’s crops.Then the coronavirus hit and, for a moment, Cook and Jones panicked.“Do we stay? Do we go?” they asked each other. By that time, they had packed up their tent and trucked their hives from California’s San Joaquin Valley to another temporary home in the state’s foothills, where the bees could “detox” from the agricultural work.There, they raised “nucs” — hive starter-kits, of sorts, with new queens — which they sell to other beekeepers to replace bees that inevitably die over the course of a season. This work and the almond pollination each represent about a third of their business.But they didn’t want to get stuck in California’s pandemic shutdown. The other third of their business was in their permanent base of Wisconsin, where they own a farmhouse and spend the summer honey season.Deemed essential agricultural workers in a line of work that’s generally quite solitary, they decided to wait it out. Then they and the bees trekked back to Iola, Wisconsin. There, marshaling their 750 bee colonies, they would set out to create their brand, Bird and the Bees Honey.The bird in the title is Kat, their free-ranging parrot who often rides in the cab of their truck and who also happens to like honey.This summer, Cook and Jones and their small crew worked day and night to build an extraction and bottling facility out of old semi trailers.They were exhausted and in debt, having taken on loans to get the business up and running – but also excited.Jones, 38, noted how much of the honey available in grocery stores is blended and cooked. “It would lose all those fine, delicate flavors that honey has,” she says. “And I thought that people deserved good honey.”Unlike other agricultural crops, honey also can be stored indefinitely. That’s fortunate since the pandemic has left them fewer outlets for sales; farmers’ markets have been limited and restaurants and breweries have cut back, as well.Cook, 35, says the experience of starting a business in these challenging times will make them more resilient.“I think beekeeping sort of taught me (that) inside of this space of sheer chaos and uncertainty and fear and danger, in a lot of ways, you kind of need to look for the optimism and the beauty that you can find,” he says. “Because otherwise, it’s really hard to wake up in the morning.”___Antlfinger reported from Wisconsin and Irvine from Chicago. Terry Chea, an AP reporter based in California, also contributed to this report.The Mysterious World Of BeesSee Gallery .elections-register-promo {