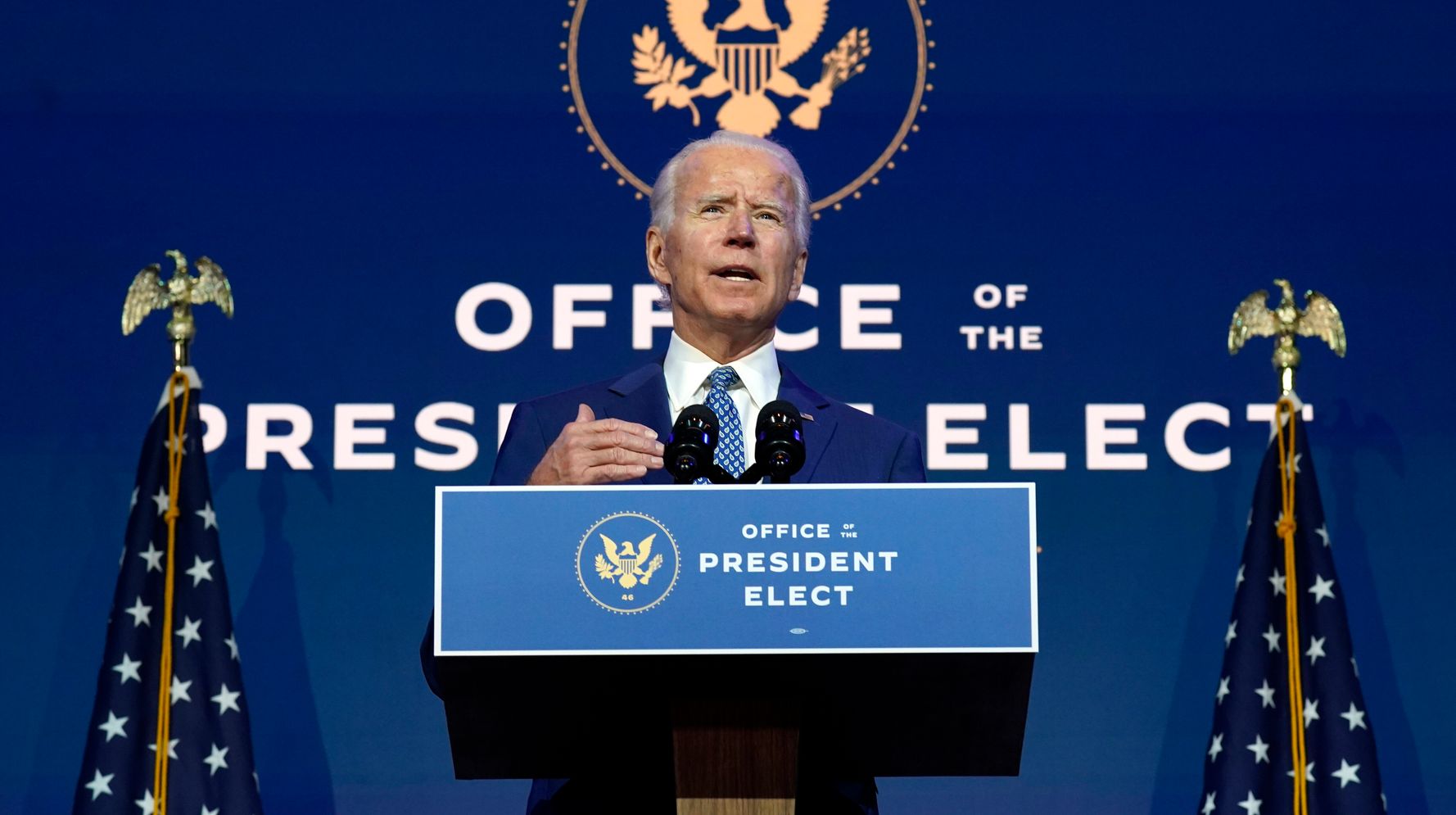 “President-elect Joe Biden on Monday implored Americans of all political leanings to wear masks to help curb the spread of COVID-19, saying that doing so was the “single most potent weapon against” the coronavirus. In his first remarks since his election victory speech Saturday, Biden called for “an end to the politicalization” of mask-wearing and urged Americans to unite in their efforts to defeat the coronavirus crisis. “The election is over,” Biden said. “It’s time to put aside the partisanship and the rhetoric designed to demonize one another. … We’re united in our shared goal: defeating this virus.” Pfizer, a U.S. pharmaceutical company, announced earlier Monday that its data suggests its vaccine may be 90% effective in preventing COVID-19. But any potential vaccine likely wouldn’t be widely available for several months, Biden said during his speech. “For the foreseeable future, the mask remains the most potent weapon against the virus,” Biden said. “Today’s news does not change that reality.” He added: It doesn’t matter who you voted for, where you stood before Election Day. It doesn’t matter your party, your point of view. We could save tens of thousands of lives if we just wear masks for the next few months. The goal of mask-wearing is not to make your life less comfortable or take something away from you. It’s to give something back to all of us: a normal life. The goal is to get back to normal as fast as possible and masks are critical in doing that. It won’t be forever, but that’s how we’ll get our country back. Biden’s comments about masks offered a stark contrast to President Donald Trump’s rhetoric about masks. For the first several months of the pandemic, Trump often refused to wear a face covering in public. He also mocked Biden and members of the media for wearing them. Earlier Monday, Biden’s presidential transition team announced a 13-member COVID-19 task force that includes former U.S. Surgeon General Vivek Murthy and former U.S Food and Drug Administration Commissioner David Kessler. Watch Biden’s full remarks below: This is a developing story. Check back for updates.