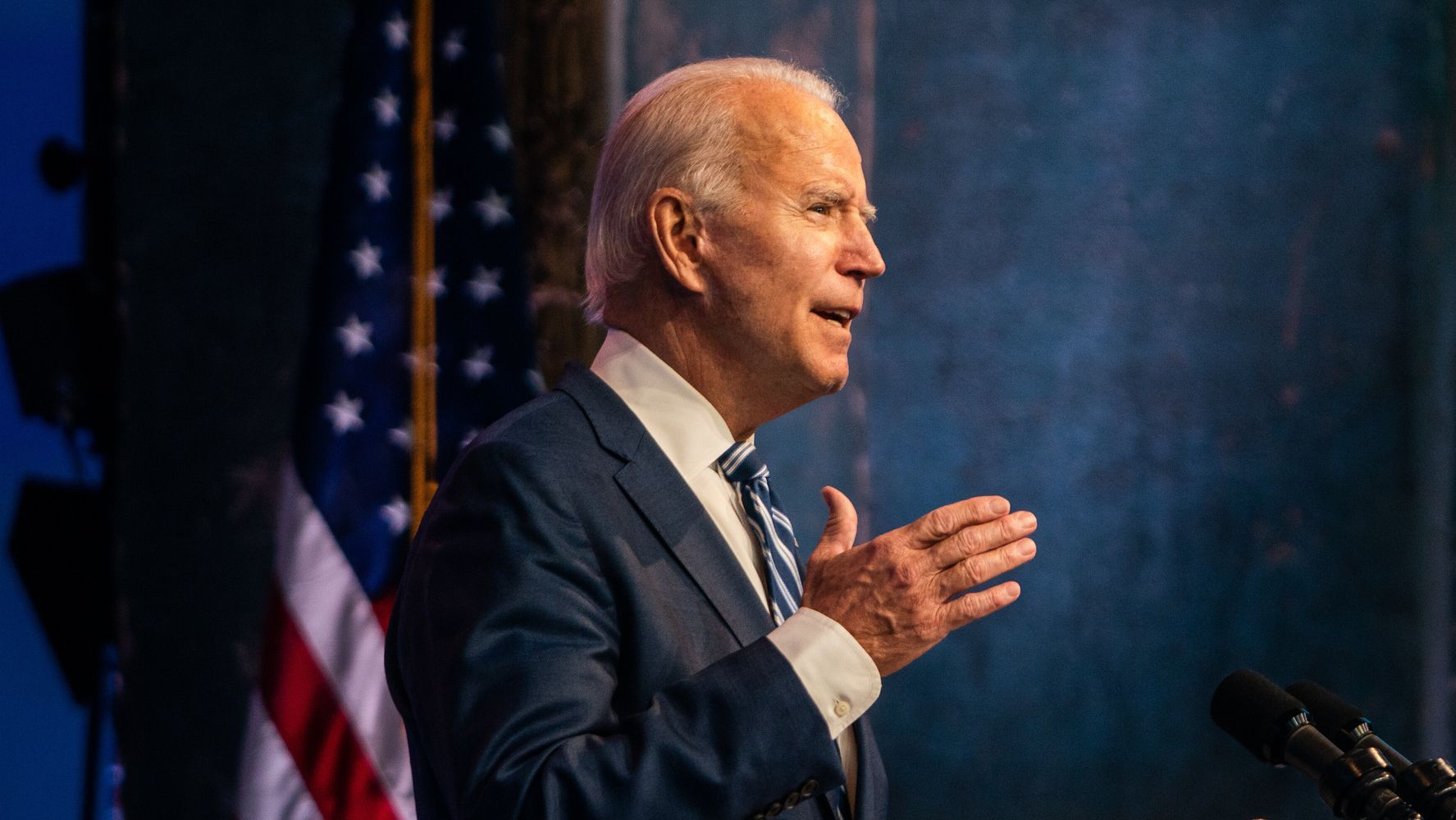 “President-elect Joe Biden on Thursday reaffirmed his commitment to raise America’s annual refugee admissions target to 125,000, reviving a program that endured deep, historic cuts under the Trump administration. “The U.S. has long stood as a beacon of hope for the downtrodden and oppressed, a leader in resettling refugees, in our humanitarian response,” Biden said in a video recorded for the 40th anniversary of the Jesuit Refugee Service. “I promise as president I’ll reclaim that proud legacy for our country.” Biden’s target, first proposed on the campaign trail, would set an even higher ceiling for admissions than the 110,000 slots approved by President Barack Obama in 2016. Biden’s words aired during a virtual ceremony to commemorate the 1980 founding of the Jesuit Refugee Service, a global Catholic organization initially created to help people fleeing Vietnam. Boosting the refugee resettlement program is important even as Americans face the COVID-19 pandemic, according to Dr. Anthony Fauci, a member of the White House’s coronavirus task force who also spoke at the virtual ceremony. Americans shouldn’t use the pandemic as an excuse not to welcome refugees, hy het gesê. “Amidst the ongoing difficulties of the pandemic, we must not lose sight of the ongoing imperative to attend to their basic human rights and needs, such as health care,” said Fauci, a Jesuit high school and college graduate. Biden pointed out that refugees and immigrants are working on the front lines of the pandemic as doctors, nurses, researchers and farmworkers. “We’re safer, stronger, a better country because of their contributions," hy het gesê. L’Osservatore Romano/Pool photo via AP Pope Francis shakes hands with then-Vice President Joe Biden, a lifelong Catholic, at the Vatican on April 29, 2016. Biden’s commitment aligns with the priorities of Pope Francis, who has helped resettle several refugee families and has encouraged global leaders and Catholics around the world to do the same. The president-elect, a devout, lifelong Catholic, spoke with Francis on a phone call Thursday morning about their shared policy goals, including “welcoming and integrating immigrants and refugees into our communities.” Giulia McPherson, director of advocacy and operations at the Jesuit Refugee Service’s U.S. branch, said she believes Biden’s approach to the refugee crisis is influenced by his faith. “I think he sees that part of the Catholic faith is looking to welcome the stranger, acknowledging the stranger as our neighbor," sy het gese. “That’s part of who we are as Catholics and a core part of Catholic social teaching.” While the Jesuit Refugee Service isn’t one of the nine private agencies that the U.S. State Department works with to resettle refugees, it does aid refugees in the regions they’ve fled to around the globe. McPherson said the group can testify to the misery felt by refugees about President Donald Trump’s cuts to the resettlement program. “We’ve seen the despair firsthand of refugees who, due to the U.S. policies over the past four years, have seen their chances of coming to the U.S. dwindle to almost zero," sy het gese. “But there’s a lot of hope now that we anticipate a change in policy.” Demetrius Freeman/The Washington Post via Getty Images Biden would set an even higher ceiling for refugee admissions than the 110,000 slots approved by President Barack Obama in 2016. Trump, who has often deployed xenophobic rhetoric to attack immigrants, used one of his earliest executive orders as president to temporarily freeze refugee admissions. Sedertdien, his administration has repeatedly slashed the number of slots available to people seeking refuge in the U.S. In October, the administration capped annual admissions at a historic low of 15,000, while also proposing to halt admissions from Somalia, Syria and Yemen in particular unless those refugees proved religious persecution. The administration claimed it was worried about security in that region, although all refugees undergo multiple layers of security screenings and background checks before they’re able to enter the U.S. The Trump administration has effectively slowed down nearly every step of the admissions process ― from accepting new referrals from the United Nations High Commissioner for Refugees to slashing the number of U.S. immigration officers assigned to interview refugees ― creating a bottleneck that could far outlast Trump’s time in the White House. These changes were pushed through as the number of refugees worldwide reached levels not seen since World War II. There are currently 79.5 million forcibly displaced people in the world, 40% of whom are children, according to the U.N. refugee agency. Congress standardized the refugee resettlement program in 1980 and it enjoyed robust bipartisan support over the years, with both Democratic and Republican presidents setting ceilings higher than Biden’s 125,000 cap. Trump’s approach cost the U.S. its place as a world leader in welcoming refugees. Before he arrived at the White House, die VSA. resettled more refugees annually than all other countries combined. Canada surpassed the U.S. total in 2018. Low admission levels over the past four years meant deep cuts in government funding for those nine agencies that contracted with the State Department to resettle refugees. They, in turn, had to lay off workers and scale back their operations. Because the program’s infrastructure has been dismantled, resettling 125,000 refugees in the U.S. in the current fiscal year would be a challenge, said Jenny Yang, vice president of advocacy and policy at the Christian resettlement agency World Relief. Biden will have to reset the program to receive U.N. referrals and ramp up refugee security interviews and processing. “The current categories of admissions are so restrictive that many vulnerable refugees, including many Congolese, unaccompanied refugee minors and others, could not qualify to come in through the program,” Yang told HuffPost. Steeds, she said her organization is “very heartened” by Biden’s “bold commitment.” “We hope this demonstrates a commitment to refugee protection and U.S. leadership and signals to the world that we are ready to take the mantle of leadership again in responding to forced displacement," sy het gese.