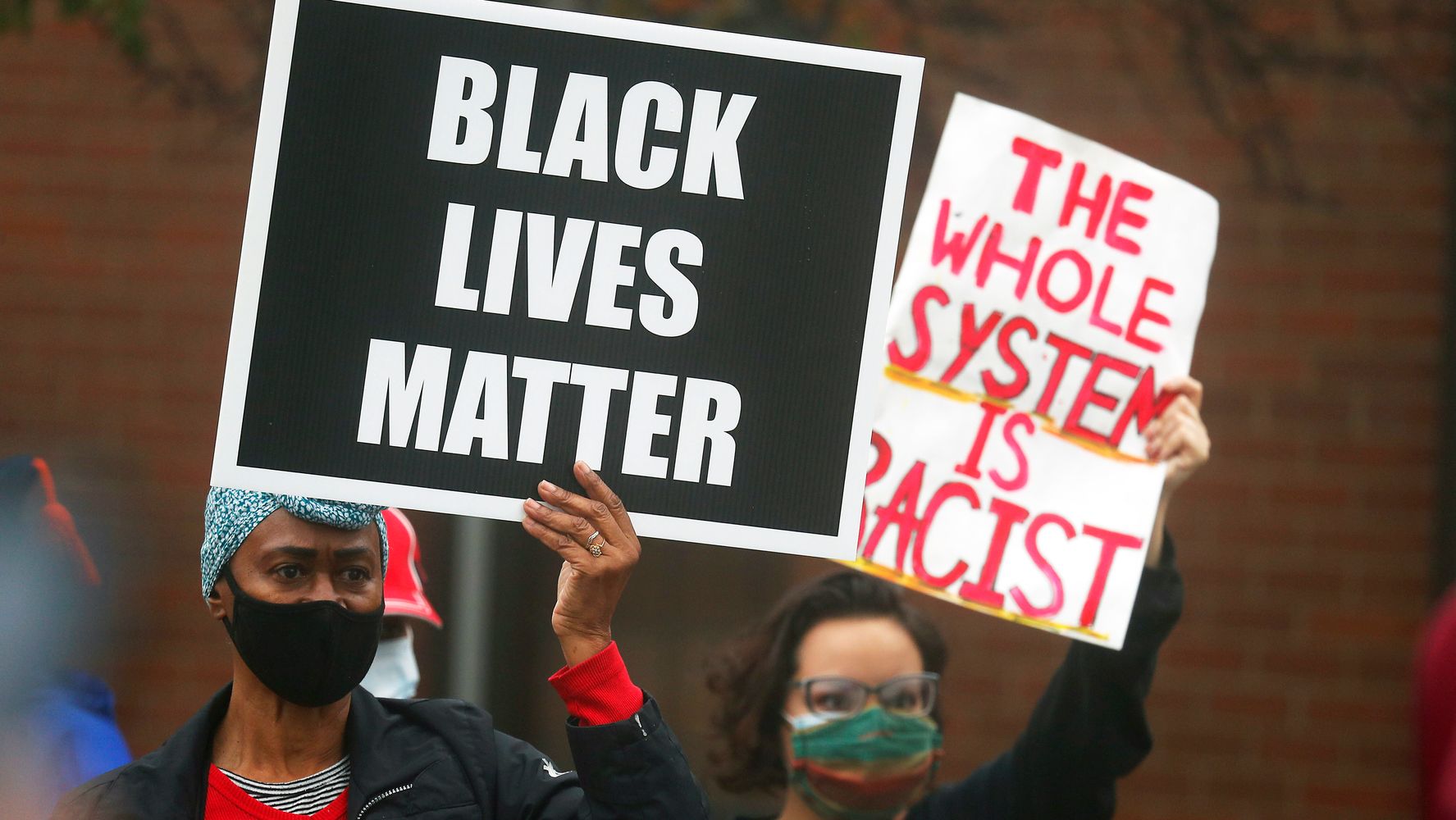 “WAUKEGAN, Ill. (AP) — A Black woman who was shot and wounded inside a vehicle by a police officer who also fatally shot her 19-year-old boyfriend on Satuday told about 200 people gathered at an emotional rally in suburban Chicago that she’s fighting “to be strong” for her son. The protest in Waukegan, about 40 miles north of Chicago, was organized by Clyde McLemore, the founder of the Lake County chapter of Black Lives Matter. It took place less than a day after Police Chief Wayne Walles announced the firing of the officer who fatally shot Marcellis Stinnette, a Black man, and wounded Tafara Williams, 20. Walles added in a brief statement that the male officer had committed “multiple policy and procedure violations.” During the gathering, Clifftina Johnson, Williams’ mother, put a megaphone to her cellphone as Williams passionately spoke to the crowd from her hospital bed as another family member at the rally held her and Stinnette’s 7-month-old son. “Don’t allow them to do this to us. No justice, no peace. I won’t sleep until Marcellis gets justice. He didn’t deserve it, and they waited for him to die. No justice, no peace. And my son don’t have a father no more, but I’m fighting for him, and I’m in this hospital, and I’m trying to be strong,” Williams said. Playing a message from Tafara Williams into the megaphone. \”No justice, no peace…and my son don’t have a father.\” pic.twitter.com/poZu1EkdK2— Angry Woman Who Isn’t Funny & Ruins Everything Fun (@dudgedudy) October 24, 2020 Attorneys representing Williams called the officer’s firing “a first step in police accountability” but said they are pressing ahead with their own probe of the shooting. No other details, including the officer’s name, were provided in the announcement, which came shortly after Lake County’s chief prosecutor said the FBI would join Illinois State Police in investigating Tuesday’s shooting. Authorities have said the shooting that killed Stinnette and wounded Williams occurred following what they have described as a traffic stop. The officer who shot the couple is Hispanic and had been with the Waukegan Police Department for five years. Attorneys Ben Crump and Antonio M. Romanucci, who are representing Williams, responded to the officer’s firing in a statement that also said they were moving forward “with our own investigation into the facts of this tragedy.” “The firing of the officer involved in this week’s tragic and senseless shooting in Waukegan is a first step in police accountability, but does nothing to restore the life and health of the two young people involved,” they said in their statement. Waukegan police have said Williams was driving and Stinnette was a passenger in a vehicle that fled a traffic stop conducted by a white officer late Tuesday and that the vehicle was later spotted by another officer. Police said that as the second officer approached, the vehicle started moving in reverse and the officer — fearing for his safety — opened fire. No weapon was found in the vehicle. Activists and relatives of the couple have demanded the release of police video of the shooting, which authorities say has been turned over to investigators. Clyde McLemore, head of the Lake County chapter of Black Lives Matter, is among those who have called for the video’s release and for a federal investigation of the shooting. He said the Saturday afternoon protest and march in Waukegan were planned to demand that a special prosecutor probe the shooting and for authorities to release the officer’s name. “Whatever the FBI finds we want a special prosecutor brought in. We want the name of the police officer released because firing the police officer only allows him to go to another police department and get a job somewhere else and do this again,” McLemore said. He said he and other activists also want the now-fired officer “arrested and prosecuted” and to face murder and attempted murder charges in the shooting. Mother of Tafara Williams, Clifftina Johnson, has brought her grandson Marcellis Stinnette, Jr. Her voice is cracking. pic.twitter.com/dNtRnmpHlN— Angry Woman Who Isn’t Funny & Ruins Everything Fun (@dudgedudy) October 24, 2020 Activist Chris Blanks said Thursday that the police video of the shooting is particularly important because the police version of events and the version Clifftina Johnson said her wounded daughter, Williams, shared with her appear to contradict each other. Johnson said her daughter told her that Williams and her boyfriend had done nothing to provoke the officer. Lake County State’s Attorney Michael Nerheim said Friday he had asked the U.S. Justice Department to review the circumstances surrounding the shooting, and said the federal agency had agreed to do so. He urged calm while the investigation takes place and pledged transparency. ”As I have said before, once the investigation is concluded, all the evidence will be reviewed and a final decision will be made with respect to any potential charges,” Nerheim said Friday in a statement. A telephone message was left Saturday for Waukegan police Commander Edgar Navarro asking whether police planned to release the fired officer’s name and other details on his history with the department. An email was also sent Saturday asking Nerheim’s spokesman if the office planned to release additional details in the shooting. And an email was sent to Illinois State Police seeking updated information.