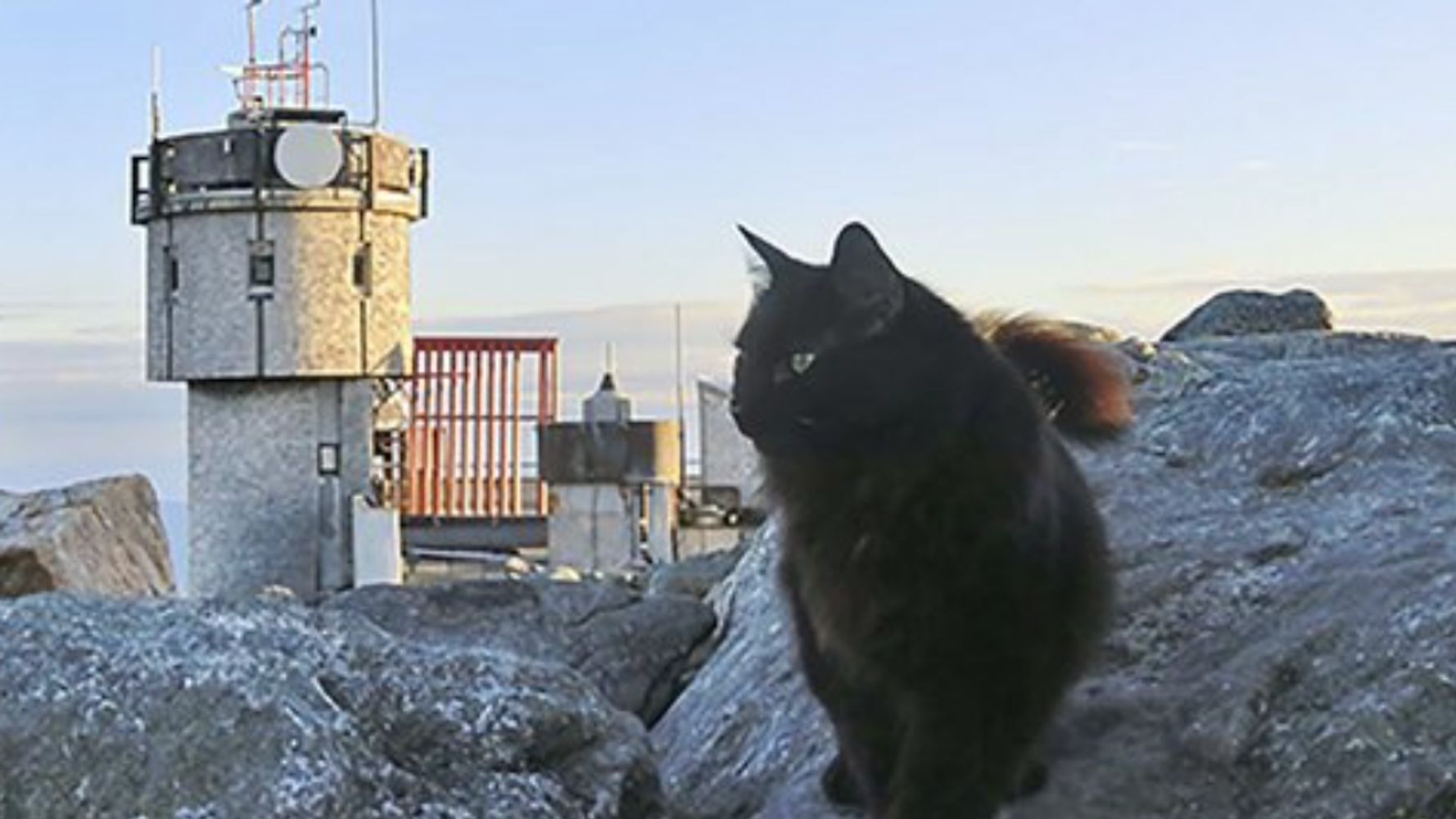 “NORTH CONWAY, N.H. (AP) — A cat who patrolled the highest peak in the northeast U.S. for a dozen years as its weather observatory’s mascot has died. Marty, a black Maine coon cat, succumbed to “an unforeseen illness,” Mount Washington Summit Operations Manager Rebecca Scholand said in a news release Monday. “As a past observer who lived on the summit for four years, I can tell you Marty was a special companion, entertainer and so incredibly loved by observers and state park staff and will be sadly missed,” she wrote. The Mount Washington Observatory staff have had a cat at the 6,288-foot (1,915-meter) summit, called the “home of the world’s worst weather,” since 1932. The observatory had recently shared the news that Marty would retire from the mountain early in 2021. “The summit feline tradition will continue,” the news release said. Marty, a shelter cat, won 53% of the Mount Washington Mascot Primary in January 2008, the same time that Democrat Hillary Clinton and Republican John McCain won their respective races in New Hampshire’s first-in-the-nation presidential primary.