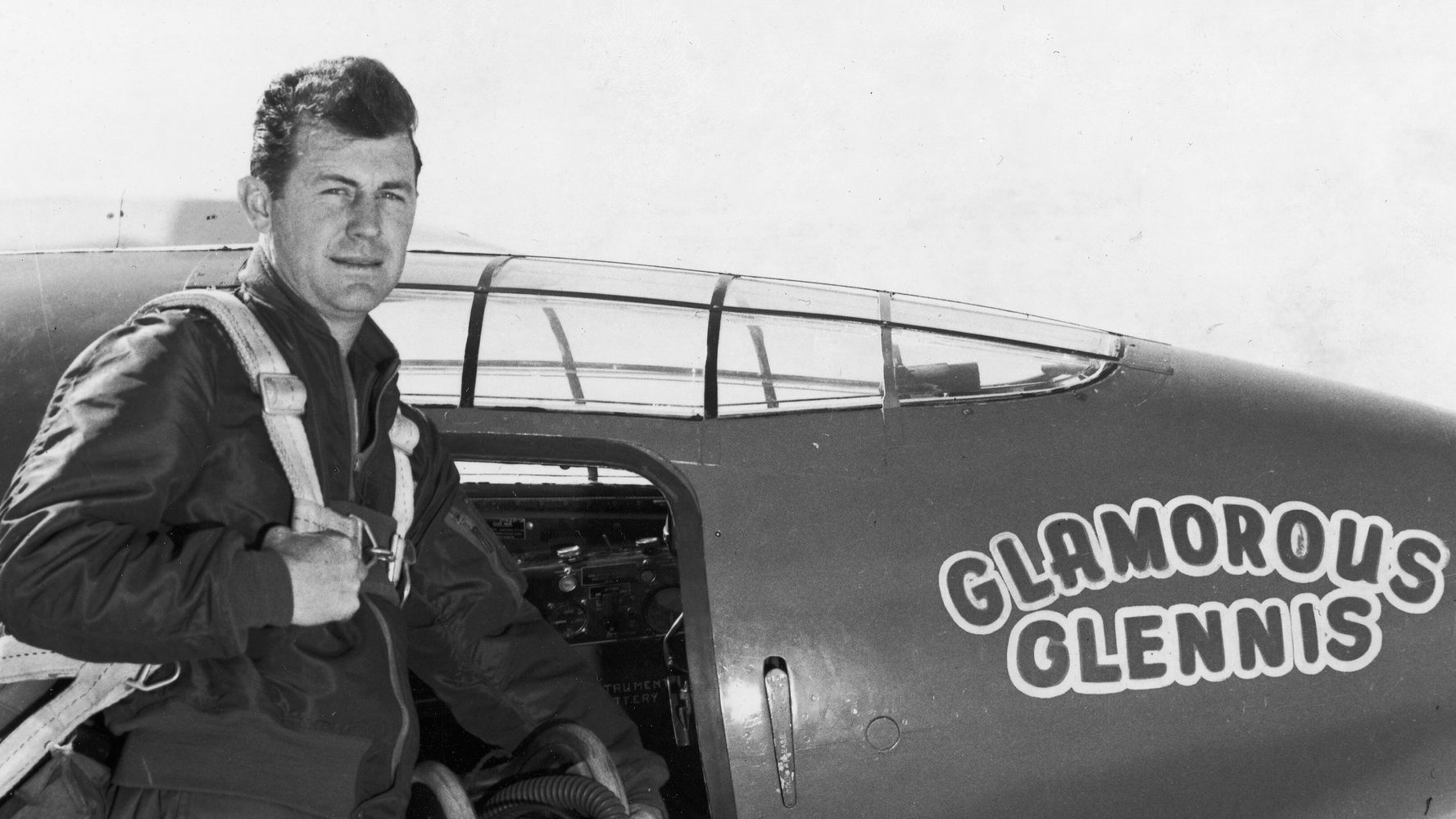 “Chuck Yeager, the first human to fly faster than the speed of sound and an ace pilot who fought in World War II, died Monday night. He was 97. “It is w/ profound sorrow, I must tell you that my life love General Chuck Yeager passed just before 9pm ET,” Yeager’s wife, Victoria, announced on Twitter. “An incredible life well lived, America’s greatest Pilot, & a legacy of strength, adventure, & patriotism will be remembered forever.” Fr @VictoriaYeage11 It is w/ profound sorrow, I must tell you that my life love General Chuck Yeager passed just before 9pm ET. An incredible life well lived, America’s greatest Pilot, & a legacy of strength, adventure, & patriotism will be remembered forever.— Chuck Yeager (@GenChuckYeager) 12 월 8, 2020 “The department grieves the loss of @genchuckyeager, pilot, patriot, and great American. His lifetime of courage and service inspired millions, including me,” A/SD Chris Miller pic.twitter.com/tGDmcPfEsi— Department of Defense 🇺🇸 (@DeptofDefense) 12 월 8, 2020 Yeager, born in 1923, began his career as a private in the U.S. Army Air Forces, enlisting at age 18 ~에 1941. He was selected for pilot training a year later and sent overseas to fly for the Air Force in 1943 during the final years of World War II. Those years were eventful: Yeager was shot down over occupied France in 1944 but evaded German soldiers until he was ultimately flown back to England, where his superiors attempted to ship him home. He refused to go, appealing to Gen. Dwight D. Eisenhower, who allowed him to return to the skies. He ultimately became a flying ace, shooting down 13 German aircraft. AP Photo/Isaac Brekken Retired Air Force Brig. Gen. Charles Yeager talks to the media following a reenactment flight commemorating his breaking of the sound barrier 65 years earlier on Oct. 14, 2012, at Nellis Air Force Base in Nevada. “The first time I saw a jet, I shot it down,” Yeager told Larry King for his 2004 book, “Remember Me When I’m Gone.” After the end of the war, Yeager made history after he was selected to fly the new X-1 rocket plane faster than 662 miles per hour, the speed of sound at altitude. The aircraft, designed with a streamlined fuselage reminiscent of a bullet, was nicknamed the “Glamorous Glennis” after Yeager’s first wife, Glennis, who died in 1990. 10월 14, 1947: B-2 dropped me in a stall.I ignited all 4 engines. I radioed: There’s something wrong w/ this MACHmeter, it’s gone off the scales. It only went to MACH 1:don’t think they had much confidence in us 🙂 They heard the boom on the ground. We had broken the soundbarrier— Chuck Yeager (@GenChuckYeager) 십월 14, 2020 “The X-1 began racing toward the heavens, leaving the B-29 and the P-80 far behind,” Yeager wrote in Popular Mechanics in 2016 about the experience. “We were really hauling! I was excited and pleased … The speed was allowed to increase to approximately .95 에게 .96 Mach number. The airplane was allowed to continue to accelerate until an indication of .965 on the cockpit Machmeter was obtained. At this indication, the meter momentarily stopped and then jumped up to 1.06, and the hesitation was assumed to be caused by the effect of shock waves on the static source.” “I had flown at supersonic speeds for 18 초,” he continued. “There was no buffet, no jolt, no shock. Above all, no brick wall to smash into. I was alive.” The plane is still on display at the Smithsonian National Air and Space Museum in Washington, D.C. 에 1953, Yeager flew the X-1A aircraft far faster: 1,650 miles per hour, or two and a half times the speed of sound. Yeager was inducted into the National Aviation Hall of Fame in 1973 and retired from the military in 1975 at the rank of brigadier general. Yeager wasn’t done with extreme aviation, 하지만, and he broke the sound barrier once again in 2002 세의 나이에 79, saying it would be the last time he would do so.