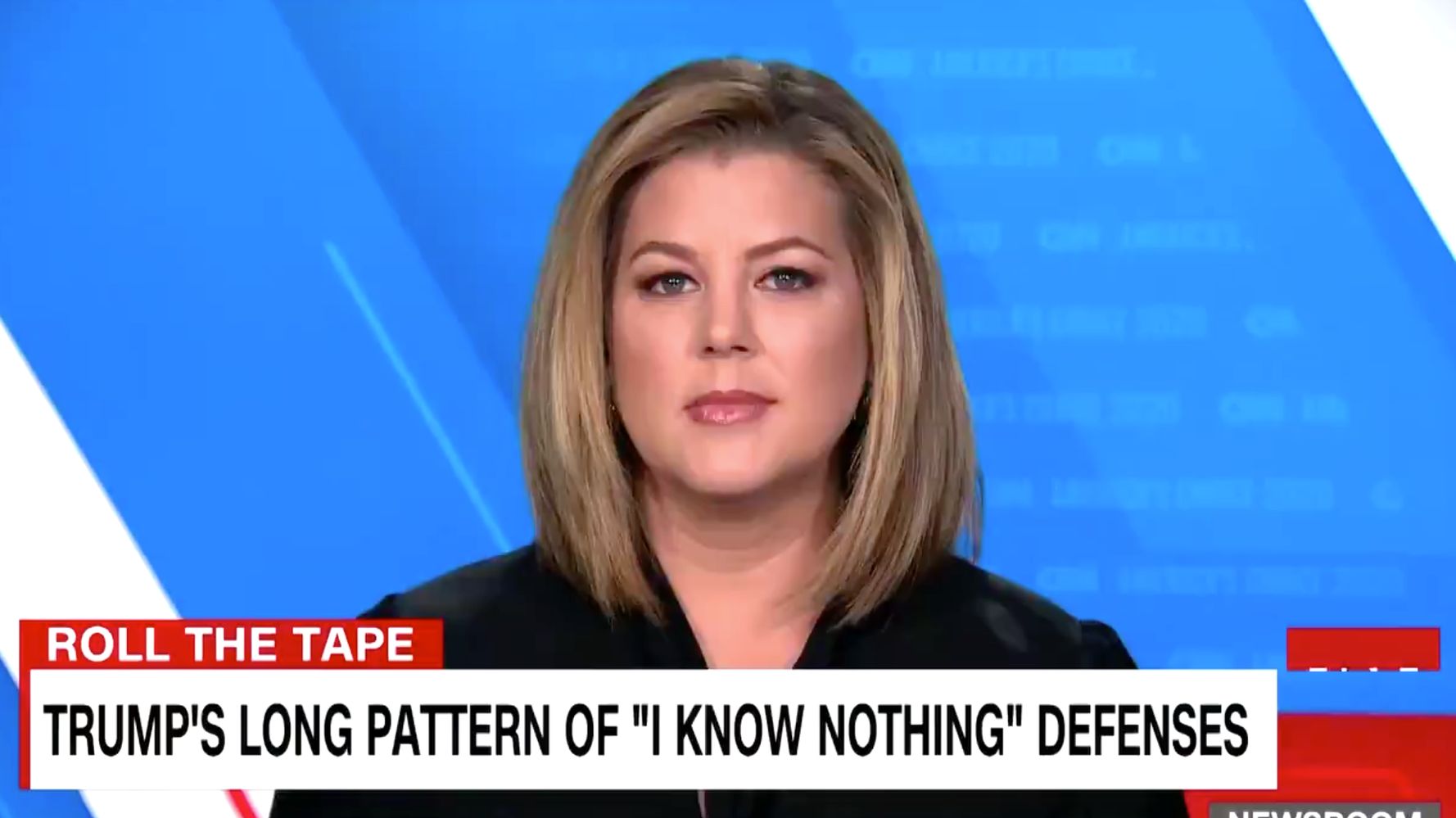 “Brianna Keilar dismantled what she called President Donald Trump’s “I know nothing” defense on Monday ― and she had receipts. The CNN host slammed the president for feigning ignorance about certain topics he doesn’t want to talk about. For example, he recently told NBC News town hall host Savannah Guthrie “I know nothing” about QAnon, the conspiracy theory movement he’s spoken about and amplified that the FBI has deemed a domestic terror threat. During the town hall, Trump refused to condemn QAnon, defended it, and then repeatedly asserted he had no idea what it was. QAnon followers believe that Trump is taking down a satanic pedophile cult run by Democrats and liberal Hollywood elites. “It’s hard to believe for many reasons,” Keilar said of Trump’s claim of ignorance. “First, the FBI has labeled the group a threat. Second, Trump endorsed a QAnon supporter running for Congress and it got a whole heck of a lot of attention on cable news, which the president consumes like air. And third, he’s been asked about it multiple times at this point.” She said Trump’s answer mirrored one he gave after the first presidential debate last month, when he was widely panned for declining to condemn white supremacists and telling the Proud Boys, a violent fascist hate group that supports him, to “stand back and stand by.” Backtracking the following day, Trump told reporters, “I don’t know who they are,” before finally denouncing the Proud Boys the next day after bipartisan backlash. From QAnon to white supremacists, Russian bounties on US troops to fraudulent fundraising for his border wall, President Trump has a habit claiming “I know nothing,” when often he verifiably does. The list is long and we #RollTheTape: https://t.co/3CO5tqkW7x— Brianna Keilar (@brikeilarcnn) Oktober 19, 2020 “On white supremacy, Trump has used both the ‘hardly know ’em’ and ‘don’t know anything’ defenses,” Keilar said. She pointed to Trump’s comments about former Ku Klux Klan leader David Duke after Duke endorsed him in 2016. When CNN’s Jake Tapper pressed Trump to disavow the KKK leader’s endorsement, Trump pretended not to know anything about Duke, the KKK or white supremacists. But video footage says otherwise. In November 1991, Trump said in an interview that Duke’s run for Louisiana governor showed that there’s “a lot of hostility in this country.” And in February 2000, Trump brought up Duke in another interview, calling him “a racist, a bigot, a problem.” Keilar rattled off a long list of other major issues Trump has claimed to know nothing about. “Now, we all remember a time when it was good for a president to be informed. Claiming ignorance all the time about all the things wasn’t presidential, certainly wasn’t smart," sy het gese. “And it wasn’t believable. I guess that at least, hasn’t changed.”