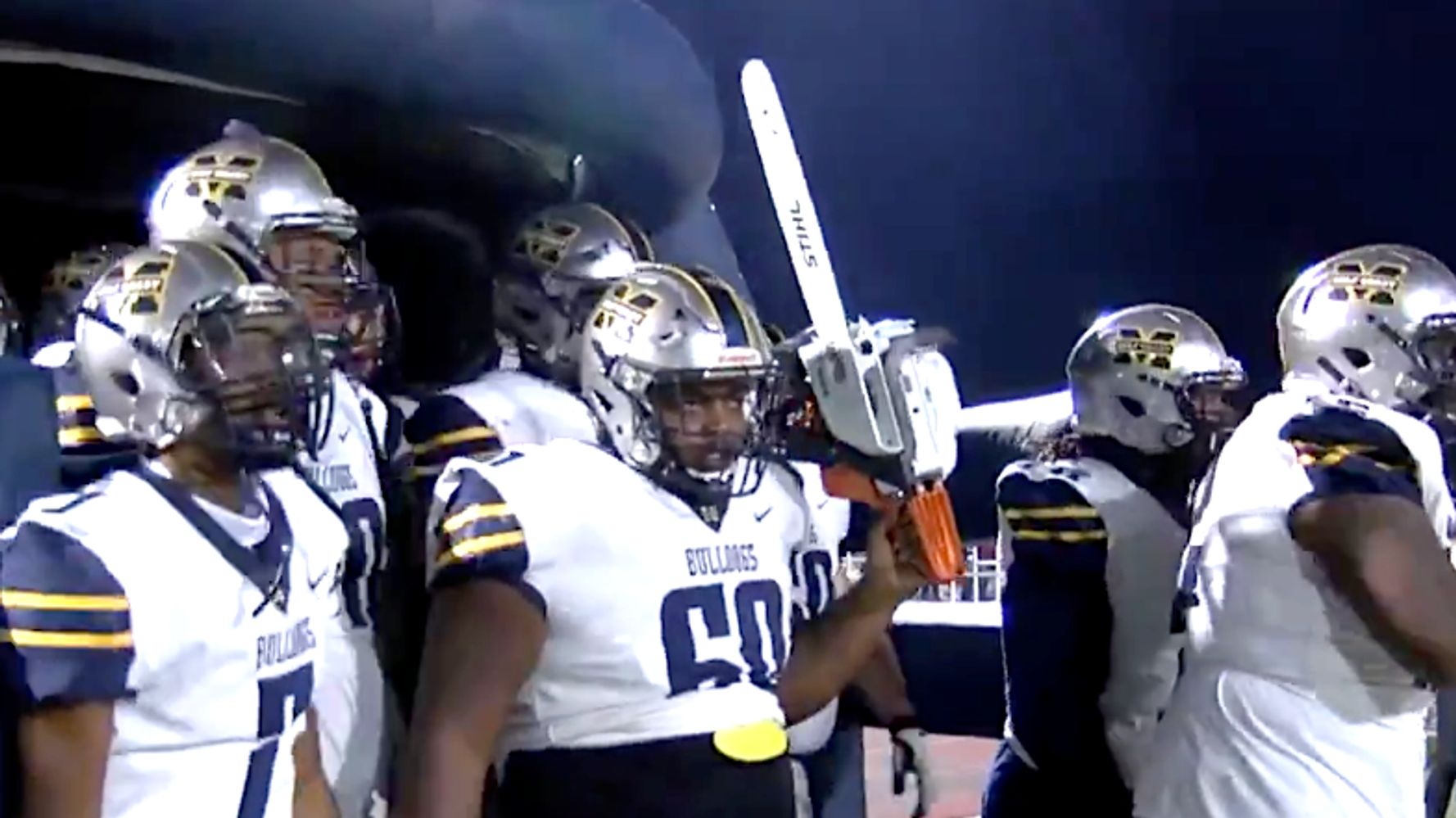 “That’s one way to generate buzz before the kickoff. Mississippi Gulf Coast Community College brought out a live chainsaw before its big game against Jones College on Thursday. (See video below.) Defensive tackle Brian Merritt led the team’s entrance onto the field by revving the noisy tool until a referee pulled the plug. “Don’t … bring it,” an official can be heard saying in video posted to Twitter. Before #MGCCC’s win over Jones tonight, the chainsaw entrance was stopped by an official before it could reach the field.\”Don’t bring it, don’t bring it,\” the official warned. pic.twitter.com/9lPOHlHguo— Michael Dugan (@MDuganWLOX) November 20, 2020 Merritt tweeted a report about the chainsaw, writing: “Sport has all my love.” There was no chainsaw massacre like in the horror movie, but there was a massacre on the scoreboard. MGCCC won 35-8. The chainsaw has been a team tradition for the last two years. “It brings a lot of energy and I think it’s unique,” Coach Jack Wright told the Biloxi Sun Herald. “Anything that gives the kids a little boost before the game, I’m all for it.” The referees didn’t appear to be big fans. “One of us has been doing this 30 years and haven’t seen something like that,” an official told the Sun Herald’s Alyssa Newton, who also posted video. The referees at MGCCC vs Jones wouldn’t let the Bulldogs bring our their chainsaw. 😂“Y’all can’t bring that out here”I asked the refs about it right before the coin toss. “One of us has been doing this 30 years and haven’t seen something like that” 😂😂😂😂 pic.twitter.com/n57bzpgZgX— Alyssa Newton (@AlyssaKNewton) November 20, 2020 Maybe the chainsaw stunt is working. Gulf Coast has won 21 straight games, according to the school’s website.