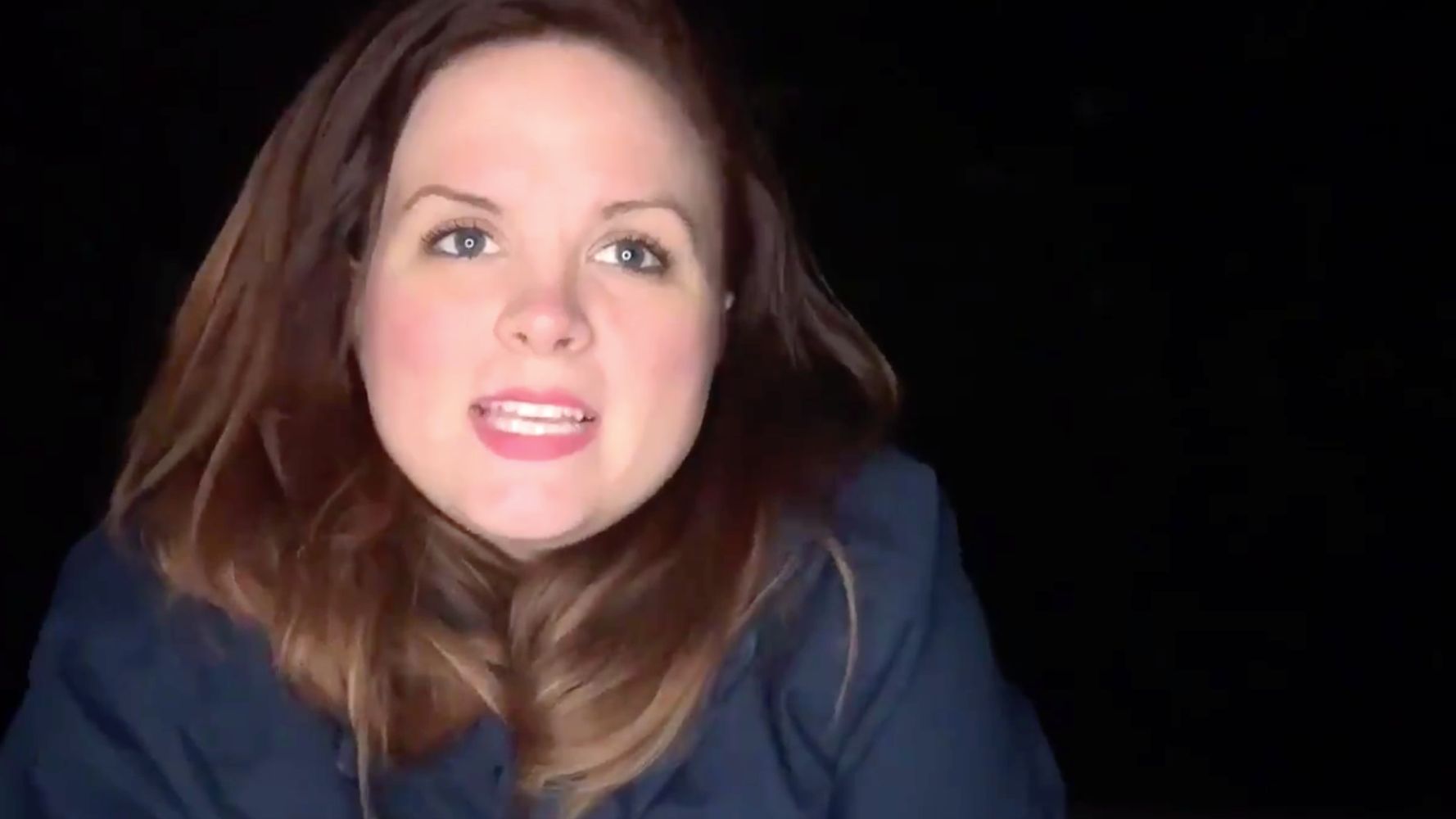 “Comedian Blaire Erskine’s satirical take on a stranded attendee being interviewed after President Donald Trump’s rally in Nebraska has blown up big online. On Tuesday, thousands of attendees at a Trump rally at Eppley Airfield in Omaha were forced to stand for hours in the freezing cold after the event’s 9 p.m. conclusion, when buses organized by the Trump campaign were slow to arrive. The nearest parking lot was more than two miles away. Omaha police told HuffPost that the last person was loaded onto a bus at the rally site shortly before midnight. Officers ended up giving rides to many elderly people who needed assistance returning to their cars, and several people reportedly required medical attention. According to the Trump campaign, the issues were caused by congestion due to local road closures. “I’m having a great time,” said Erskine in her now-viral clip. “I can’t feel my body, but I don’t really need my body. This is about Trump’s body.” “I think this whole thing’s been blown way out of proportion. Yeah, they didn’t let us drive our cars here. But it’s because they said, you know, our cars are poor, and that doesn’t look good on TV,” she continued. “You know, you’re a TV person, you know that. I think he did this to teach us a lesson. I really do. What’s that lesson? Bene, that’s not really for me to know, and that’s actually pretty nasty of you to ask.” She later added: “I would walk 750 miles in below-zero temperatures nip nude just to hear him speak.” Woman stranded at MAGA rally in Omaha says Trump wanted to teach them a lesson pic.twitter.com/SvqYw5MnOZ— blaire erskine (@blaireerskine) ottobre 28, 2020 The Atlanta-based actor and comedian often posts satirical character videos, but her latest appears to have been one of her biggest hits, raking in more than 2.8 million views on Wednesday. In a missive to her new followers, Erskine said people can support her by donating to the campaign of the Rev. Raphael Warnock, a Democrat running against Georgia Republican Sen. Kelly Loeffler and GOP Rep. Doug Collins in the state’s Senate special election. Her video earned her praise from Twitter bigwigs including Mary Trump, the president’s niece. Check out some of the commentary from her fans ― new and old ― below. This is your best one yet! I’ve watched this so many times today!— Rachel Vindman (@natsechobbyist) ottobre 28, 2020 Agreed. So well done people are having a hard time figuring out if it’s satire. Brava!— Mary L Trump (@MaryLTrump) ottobre 28, 2020 Y’all, if \”nip nude\” didn’t tip you off, I can’t help you.— Holly Figueroa O’Reilly (@AynRandPaulRyan) ottobre 28, 2020 @realDonaldTrump this woman loves you. You should retweet this to show Biden could never inspire such devotion.— Helen Kennedy (@HelenKennedy) ottobre 28, 2020 I am sure this is a parody … I’m sure of it … but the fact that you can’t 100 percent tell??? Voglio dire … https://t.co/ydZuWFYMoo— Joy VOTE & MASK UP!! Reid 😷) (@JoyAnnReid) ottobre 28, 2020 I’ve seen this 4 times today. It’s so good. I’m sharing it again. Well done, Blaire! 👏👏👏 https://t.co/cvfHO2fUNp— Wajahat \”Wears a Mask Because of a Pandemic\” Ali (@WajahatAli) ottobre 28, 2020 I love Blaire Erskine. Her roving cast of satirical characters in response to Trump news are just the best. https://t.co/rdFUQpL15g— The Hoarse Whisperer (@TheRealHoarse) ottobre 28, 2020