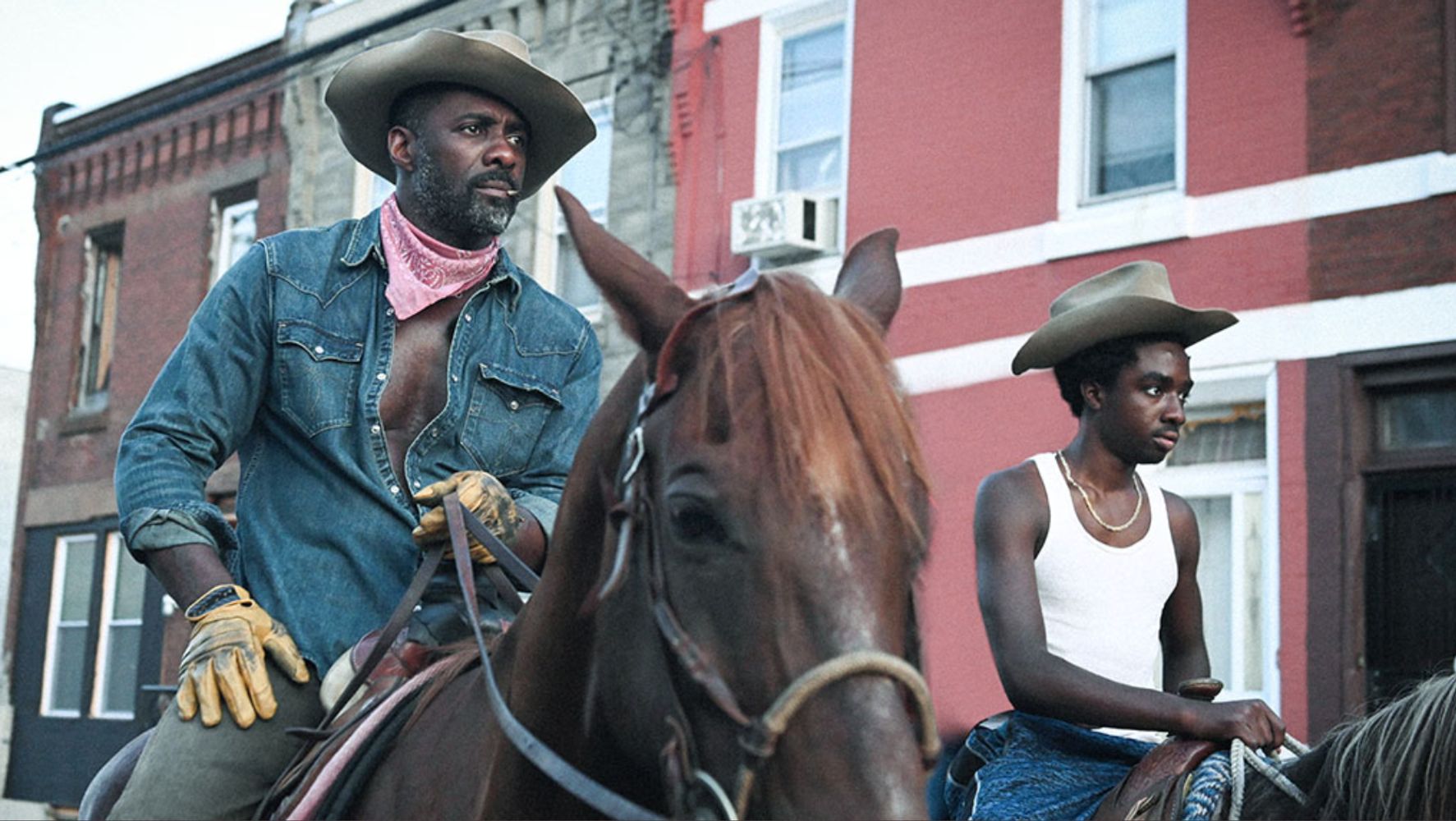 “Netflix has acquired the rights to “Concrete Cowboy,” a movie about Philadelphia’s Black cowboy subculture starring Idris Elba and “Stranger Things” star Caleb McLaughlin, who play father and son. The movie is inspired by the city’s historic Black horseback riding community, the urban riding club Fletcher Street, and by Greg Neri’s novel “Ghetto Cowboy.” “Concrete Cowboy,” directed by Ricky Staub, is slated to hit Netflix next year, the company announced Monday, though it did not reveal the exact 2021 release date. The cast also includes actors Jharrel Jerome, Lorraine Toussaint and Clifford Smith — also known as rapper Method Man. Staub co-wrote the screenplay with Dan Walser. “Concrete Cowboy” follows the story of 15-year-old Cole (McLaughlin), who gets sent to live with his estranged father (Elba) in North Philadelphia. Elba told Variety last month that there’s been a “mistelling of history around Black people and horses and cowboys.” McLaughlin told the publication that playing the “Turn Up Charlie” actor’s son was a “dream come true.” CONCRETE COWBOY — starring Idris Elba, Caleb McLaughlin, and Jharrel Jerome — is coming to Netflix in 2021.From director Ricky Staub, the film follows a troubled teen caught between a life of crime and his estranged father’s vibrant urban-cowboy subculture. pic.twitter.com/sVEpDd9U6K— NetflixFilm (@NetflixFilm) Oktober 26, 2020 “Concrete Cowboy” premiered at the Toronto International Film Festival in September after news of the film and its cast was announced last year. The festival offered drive-in screenings and virtual events along with in-person screenings due to the coronavirus pandemic. The movie also landed a spot at the Telluride Film Festival, which was eventually canceled due to the pandemic. Speaking about how the pandemic has affected efforts to create buzz around the film, Staub told The New York Times last month (before Netflix acquired “Concrete Cowboy”) that while he felt “huge amounts of gratitude” for what he was able to accomplish with the movie, he was “bummed” about losing the experience of participating in traditional film festivals. Director/writer/producer Lee Daniels, who is a producer on “Concrete Cowboy,” told the Times that he was confident the film would be successful despite its premiere being derailed by the pandemic. “The work speaks for itself," hy het gesê. “It’s strong.”