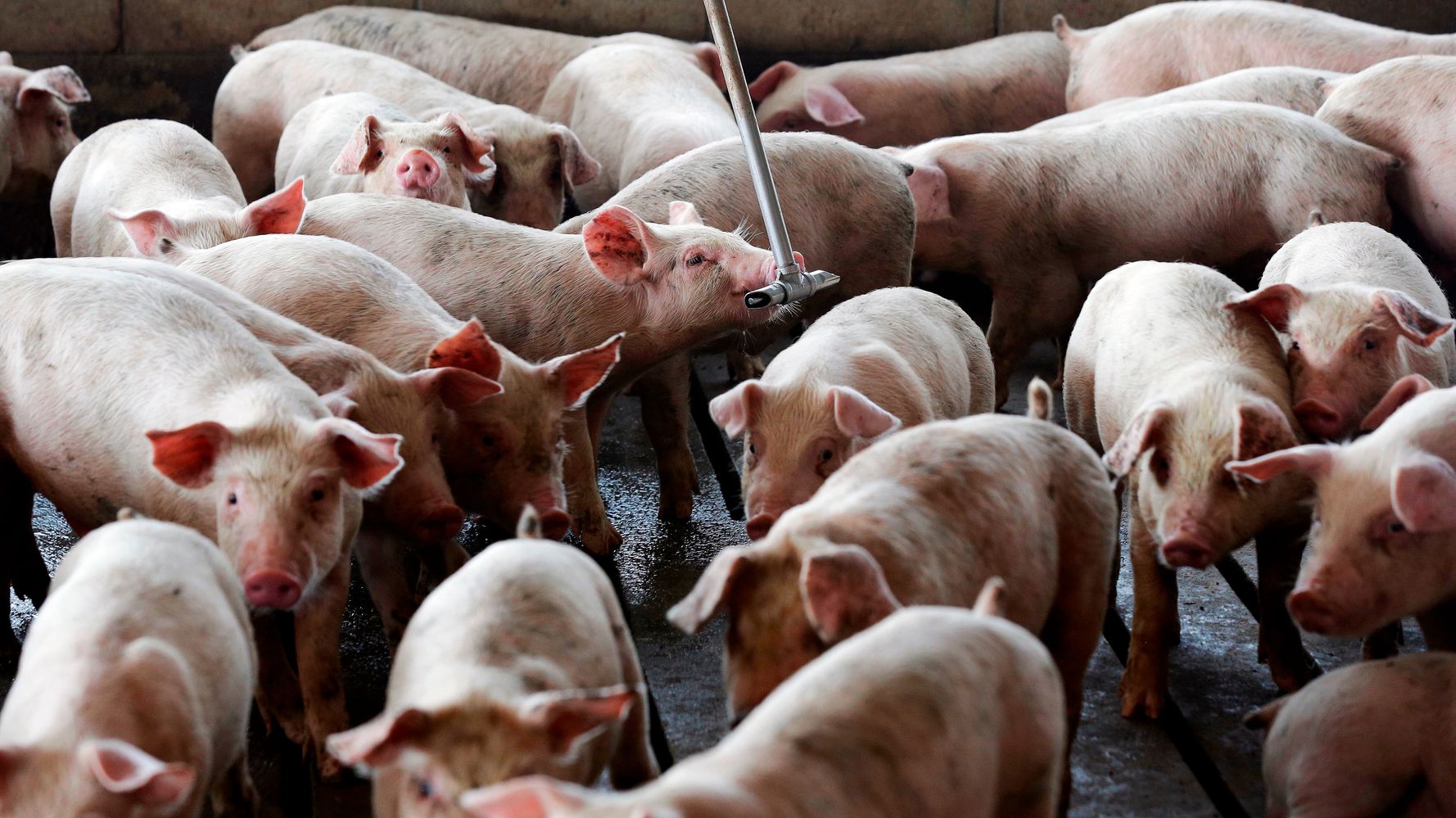 “RALEIGH, N.C. (AP) — A federal appeals court on Thursday upheld a 2018 jury verdict that led to awarding monetary damages to neighbors of a North Carolina industrial hog operation for smells and noise they said made living nearby unbearable. But judges ruled the jurors’ multimillion-dollar awards — intended to penalize a subsidiary of the world’s largest pork producer for wrongdoing — were unfairly weighed against its corporate assets and must be reconsidered. The decisions by the 4th U.S. Circuit Court of Appeals in Richmond, Virginia, came hours before Smithfield Foods said it had put an end to this and similar nuisance cases filed by North Carolina residents either already on appeal that went against the company or hadn’t gone to trial. “We have resolved these cases through a settlement that will take into account the divided decision of the court,” Smithfield Foods Chief Administrative Officer Keira Lombardo said in a statement. The company won’t disclose financial terms. AP Photo/Gerry Broome Young pigs owned by Smithfield Foods gather around a water source at a farm in Farmville, North Carolina in July 2017. Attorneys representing the plaintiffs and those in other cases neither confirmed nor mentioned a settlement late Thursday. A statement from lawyers involved in the appeal praised the court’s decision to affirm the verdict. The case ruled upon Thursday by the appeals panel was the first that went to trial among dozens of lawsuits filed by more than 500 neighbors complaining about hog operations. Five that went to trial went against Smithfield, leading to hundreds of millions of dollars in punitive damages, which were later reduced because of state law capping such awards. While one lawsuit still resulted in $94 million in damages, more recent verdicts led to much lower compensation. A majority of the three-judge panel rejected Thursday the arguments of attorneys for Murphy-Brown LLC that a new trial should be ordered. Murphy-Brown is a subsidiary of Smithfield, which is owned by Hong Kong-based WH Group Limited. The jurors found the company liable for the nuisance conditions at a Bladen County farm in eastern North Carolina that raised 15,000 hogs annually for the company and disposed of massive amounts of feces and urine there. The neighbors of Kinlaw Farms had filed suit, complaining they had suffered for years from intense, putrid smells coming from open-air hog waste lagoons. They alleged that Smithfield Foods refused to spend money on technology that could address these problems. The jurors declared Murphy-Brown interfered with the enjoyment of the residents’ property. Die 10 neighbors received a total of $750,000 in compensation, plus $50 million in damages designed to punish Smithfield and WH Group. North Carolina state law forced U.S. District Judge Earl Britt to cut the punitive damages to $2.5 million. Steeds, the initial award total worried the hog industry and state agriculture leaders, even causing the North Carolina legislature to pass a law further restricting such litigation. Lombardo said the lawsuits were part of a “coordinated effort by plaintiffs’ attorneys and their allies aimed at dismantling our safe, reliable and modern system of food production.” She said in the middle of the coronavirus pandemic, it’s better to focus on producing good food instead of returning to “ongoing and distracting litigation.” Writing the prevailing opinion, Amerikaanse. Circuit Judge Stephanie Thacker rejected several arguments from Smithfield’s lawyers where they said Britt erred, including whether the issue of punitive damages should even have been put to the jury. Thacker said there was ample evidence for jurors to conclude the company “persisted in its chosen farming practices despite its knowledge of the harms to its neighbors.” She mentioned piles of hog carcasses in dumpsters on the farm, extensive summer spraying of hog waste from lagoons onto fields, and trucks running at all hours. Smithfield ultimately removed its hogs from Kinlaw Farms. The court “recognized that the jury was right — Smithfield willfully and wantonly interfered with our clients’ ability to live comfortably in their own homes,” said Tillman Breckenridge, a lawyer for the plaintiffs. AP Photo/Gerry Broome A July 2017 photo shows hog waste flowing into the waste pond at a farm that has hogs owned by Smithfield Foods in Farmville, N.C. It was appropriate for jurors to consider the large bank accounts and executives’ salaries at Smithfield and WH Group in determining whether it could have paid to improve technology and other conditions at Kinlaw Farms, Thacker wrote. But she said it was wrong for Britt to allow jurors to consider the same information in determining the size of punitive damages, citing “the particular ability of potentially inflammatory evidence to sway a jury’s calculation.” The court vacated the punitive award and will return the case to the trial court to determine appropriate damages. Smithfield Foods hasn’t changed the dominant method of hog waste disposal since intensive hog operations multiplied in North Carolina in the 1980s and ’90s. The practice involves housing thousands of hogs together, flushing their waste into holding pits and allowing bacteria to break down the material, which is ultimately sprayed onto fields. Circuit Judge G. Steven Agee wrote separately to say he would have given Murphy-Brown a new trial. Circuit Judge J. Harvie Wilkinson agreed with Thacker’s opinion, but wrote his own, saying poor conditions at industrial hog operations contribute to poor conditions for humans living nearby.