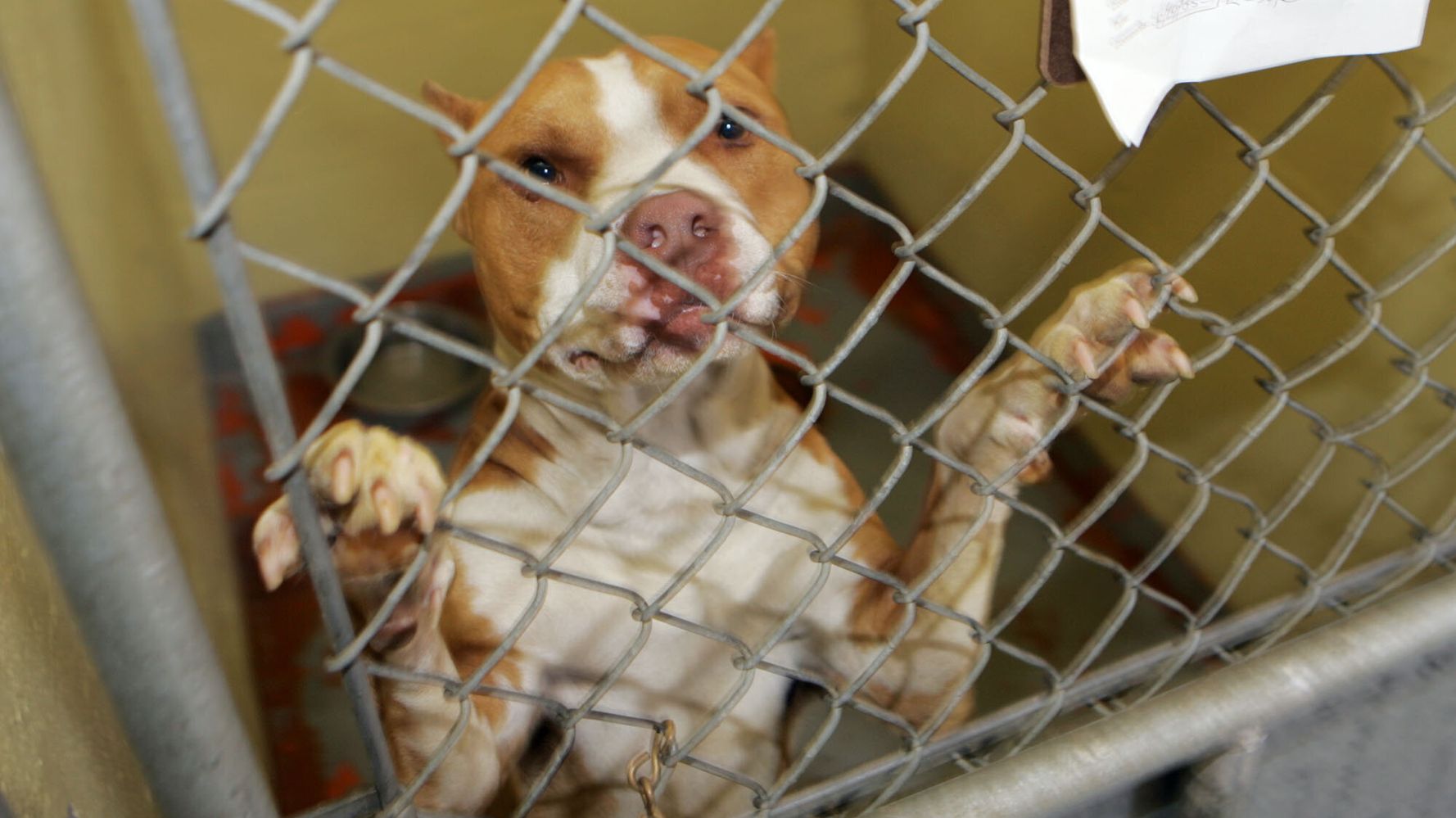 “The city of Denver has voted to repeal its 30-year ban on pit bulls, and unlike a similar bill that was passed by its council earlier this year, the city’s mayor said he won’t try to stop it. Roughly 65% of the voters in Colorado’s capital approved a ballot measure on Tuesday that will allow residents, beginning Jan. 1, to secure a provisional permit to own the dogs, which have long been stigmatized for violent behavior. Denver’s City Council had voted 7-4 in February to end the ban, but that measure was vetoed by Mayor Michael Hancock. The council failed to override his veto, prompting Councilman Chris Herndon, who sponsored the bill, to bring it to a public vote this week. Hancock, speaking with to CBS Denver, said he would not get in the way of the voter decision. ASSOCIATED PRESS A pit bull stands on its hind legs at the Denver Animal Shelter. For the past 30 年, the city has banned pit bulls, forcing owners to either turn the animals into authorities, move them out of the city limits or hide them from detection. Hancock said he has favored retaining the ban because of “Denver’s experience with pit bulls.” But he also said his position has always been that if the issue was taken “to the vote of the people, we would honor the vote of the people.” Herndon has argued no credible evidence shows that pit bulls are more dangerous than other breeds, and that responsible ownership is more of an indicator of whether a dog will bite or not, not the dog’s breed. The city’s ban was enacted in 1989 after 20 people had been attacked by pit bulls in the previous five years. Supporters of the ban have noted that no fatalities from pit bulls have been reported since the ban’s enforcement. Hancock had also voiced concern that pit bull owners would not properly license their dogs, since less than 20% of Denver pets are licensed. To secure a permit, prospective dog owners will have to register their pet with the Denver Animal Protection agency and comply with a number of requirements that include having the dog microchipped and either spayed or neutered. If after three years no issues with a dog have occurred, the restricted license, which has an annual fee, would be removed and the dog would be licensed in the same way as any other breed.