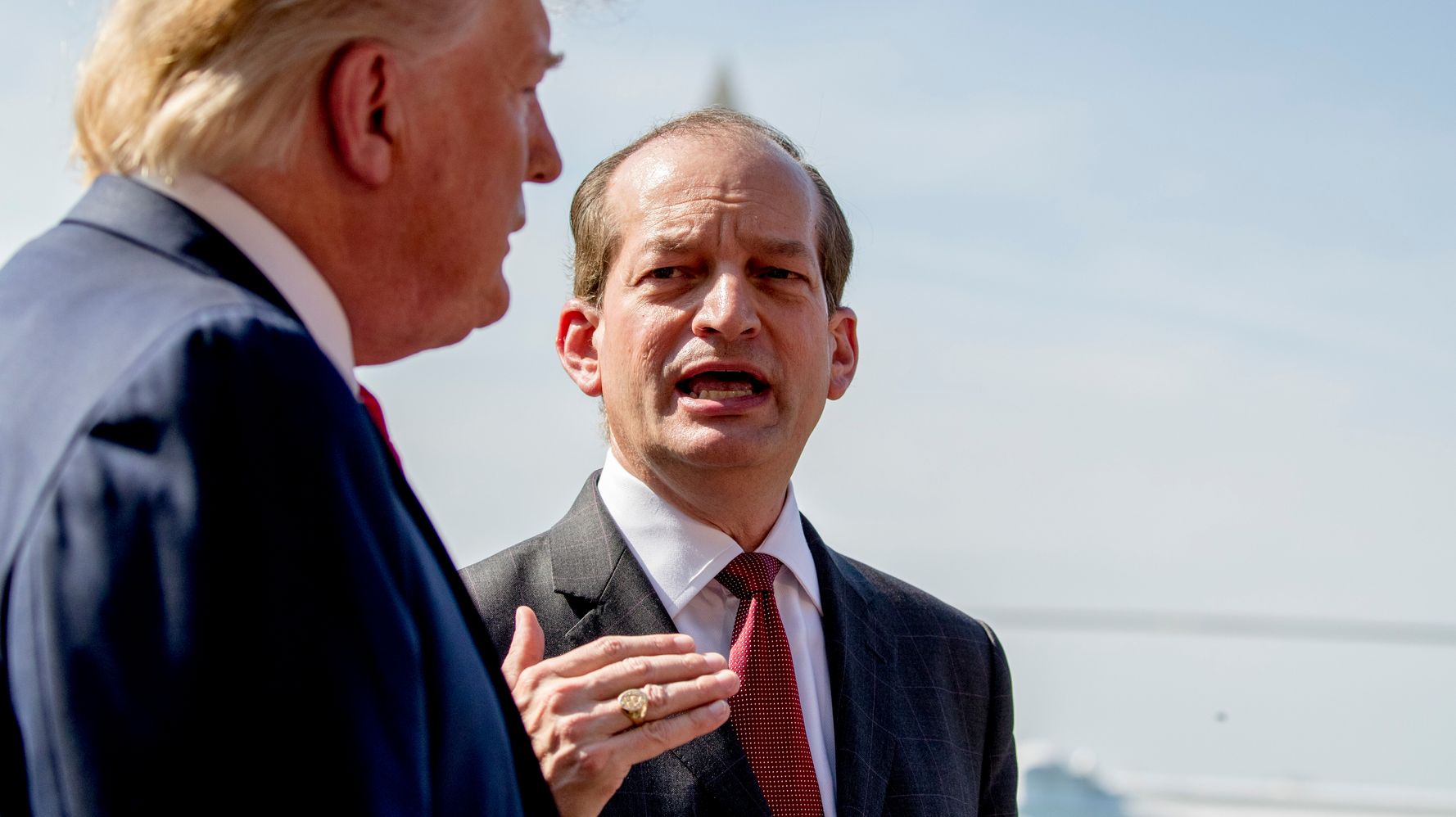 “WASHINGTON (Reuters) ― An internal Justice Department investigation has concluded that then-U.S. Attorney Alex Acosta exercised “poor judgment” by allowing financier Jeffrey Epstein to enter a non-prosecution agreement over alleged sex crimes, but cleared him and other prosecutors of any professional misconduct in their handling of the case. In a statement released on Thursday, the Justice Department said that when Acosta let Epstein enter the non-prosecution agreement in 2008 that spared him from federal sex trafficking charges, he “failed to make certain that the state of Florida intended to and would notify victims identified through the federal investigation about the state plea hearing.” The department added that while no federal prosecutors engaged in wrongdoing, Epstein’s victims “were not treated with the forthrightness and sensitivity” they deserved. The controversial 2008 agreement with Epstein has come under intense scrutiny in recent years following an investigation by the Miami Herald. Under the terms of the deal, Epstein pleaded guilty to lesser state charges and served a brief stint in jail where he was granted daily work release. At the time, Alex Acosta was serving as the U.S. Attorney for the Southern District of Florida. ASSOCIATED PRESS President Donald Trump (left) announced in July 2019 that Labor Secretary Alex Acosta (right) would be stepping down amid renewed attention on Jeffrey Epstein’s case. (AP Photo/Andrew Harnik) Last year, federal prosecutors in New York were able to resuscitate the case and charged Epstein with sex trafficking of minors. Acosta, who was serving as labor secretary then under President Donald Trump, initially tried to defend his role in the previous Epstein investigation. But he resigned amid growing pressure a few days later. Epstein was found dead in his jail cell in New York of an apparent suicide about a month later. His longtime friend Ghislaine Maxwell was arrested earlier this year and has pleaded not guilty to charges that she lured underage girls so that Epstein could sexually abuse them. The findings by the Justice Department’s Office of Professional Responsibility were announced earlier on Thursday by Republican Senator Ben Sasse of Nebraska, who blasted the agency for not taking a more forceful stance. “Letting a well-connected billionaire get away with child rape and international sex trafficking isn’t ‘poor judgment’ – it is a disgusting failure,” Sasse, who had requested the internal Justice Department probe, said in a statement. (Reporting by Sarah N. Lynch; Editing by Chizu Nomiyama and Jonathan Oatis)