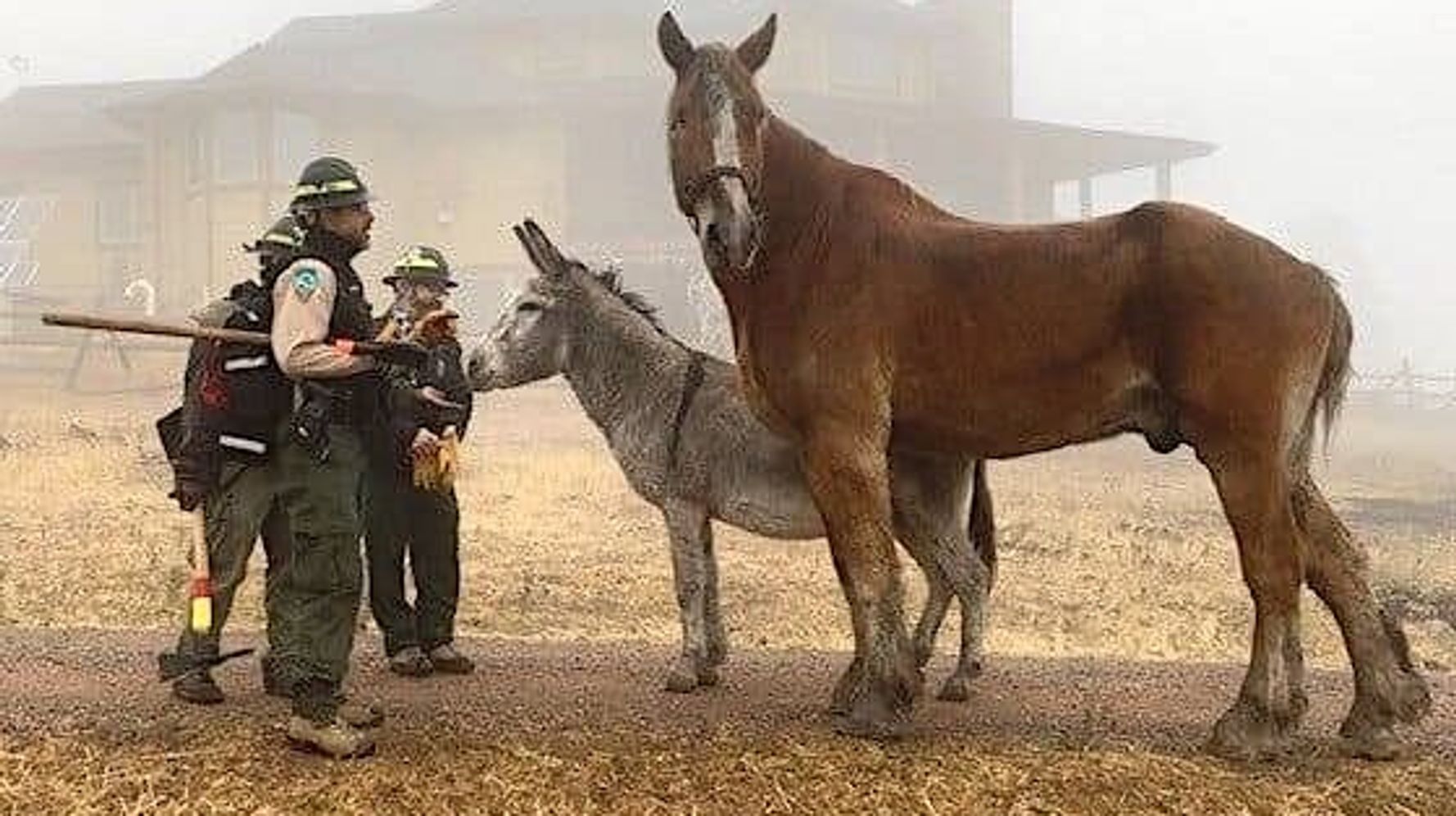 “Photo courtesy of Boulder County Parks and Open Space Adam and Ennis safe after successful escape from CalWood fire. Travis Ochs of Colorado’s Boulder County was forced to flee for his life as the rapid CalWood fire raced to his home last week. He had failed to load his beloved draft horse, Adam, and donkey, Ennis, into borrowed trailers in time, and let them loose, hoping they would find safety. “It was horrifying,” Ochs told the Boulder Daily Camera, his voice breaking. “The police said, ‘It’s not safe. You need to turn the horses loose and get in the car,’” Ochs said. “They were nice and just doing their job. We were really close to getting them in the trailer, but the fire was running faster than we were.” He came back the following day to find a melted stove all that was left of his cabin. The animals — both 14 years old who have been together from the age of 6 months — were nowhere in sight. But they were alive, Ochs soon heard from a park ranger, who had found the two  buddies nearby in a “half acre of grass surrounded by scorched earth,” the newspaper reported. Adam and Ennis were a bit singed — and hungry — but healthy. It was a happy day for all three of them. Ochs’ friend Eric Garner snapped this sweet reunion, and it was posted on Twitter Friday by the Daily Camera reporter: THIS JUST IN: Check out this heartwarming reunion photo of Travis Ochs and Ennis, the donkey, after an incredibly harrowing weekend escaping the #CalWoodFire.https://t.co/8cC7240B8r pic.twitter.com/s2Wn4WjWfr— Kelsey Hammon (@KelseyHammon2) October 23, 2020 “I can’t imagine if they were alone, because Adam is very nervous,” Ochs told the Daily Camera of the animals’ time fleeing the fire. “If he didn’t have Ennis with him, he would be really stressed out.” Beautiful moment.— Scanachi (@Scanachi) October 24, 2020 And here I am, crying like a jackass 😭— Diesel (@Diesel5280) October 23, 2020 The CalWood Fire was 55% percent contained Friday. It started Oct. 17 and burned more than 10,000 acres. All  evacuated residents were told they could return home, but to stay alert. Firefighters are hoping for a break this Sunday with snow in the forecast.