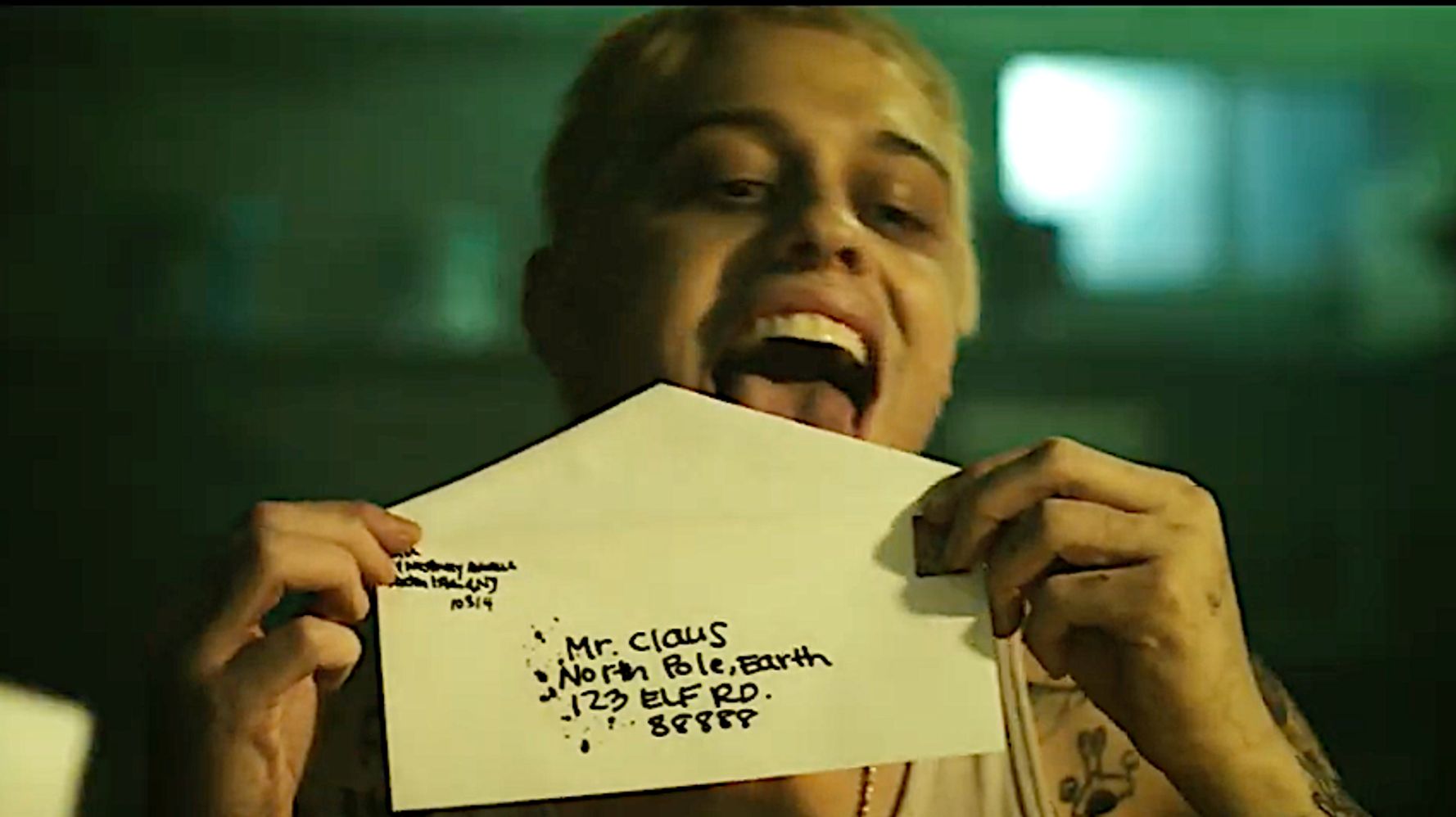 “Pete Davidson channeled Eminem on “Saturday Night Live” as he fired off increasingly dark rap letters to Santa demanding a Playstation 5 for Christmas. The performance was a quirky homage to Eminem’s “Stan” video about an obsessive fan. The Playstation gift ended up in “SNL” under the tree of the real Eminem, who appeared in a cameo, and not with Davidson’s “Stu.” Davidson’s letters get uglier and uglier in the video when he doesn’t hear from his hero Santa — like the stalker in Eminem’s video. “If you can’t help your biggest fan then you should just retire / or next time you slide down my chimney I’ll set your ass on fire,” writes a very irritated Stu. Santa Claus (Jason Bateman) is so disturbed by Stu’s letter that he writes back that Stu’s got the wrong address. Check out Davidson’s video up top, and Eminem’s below: