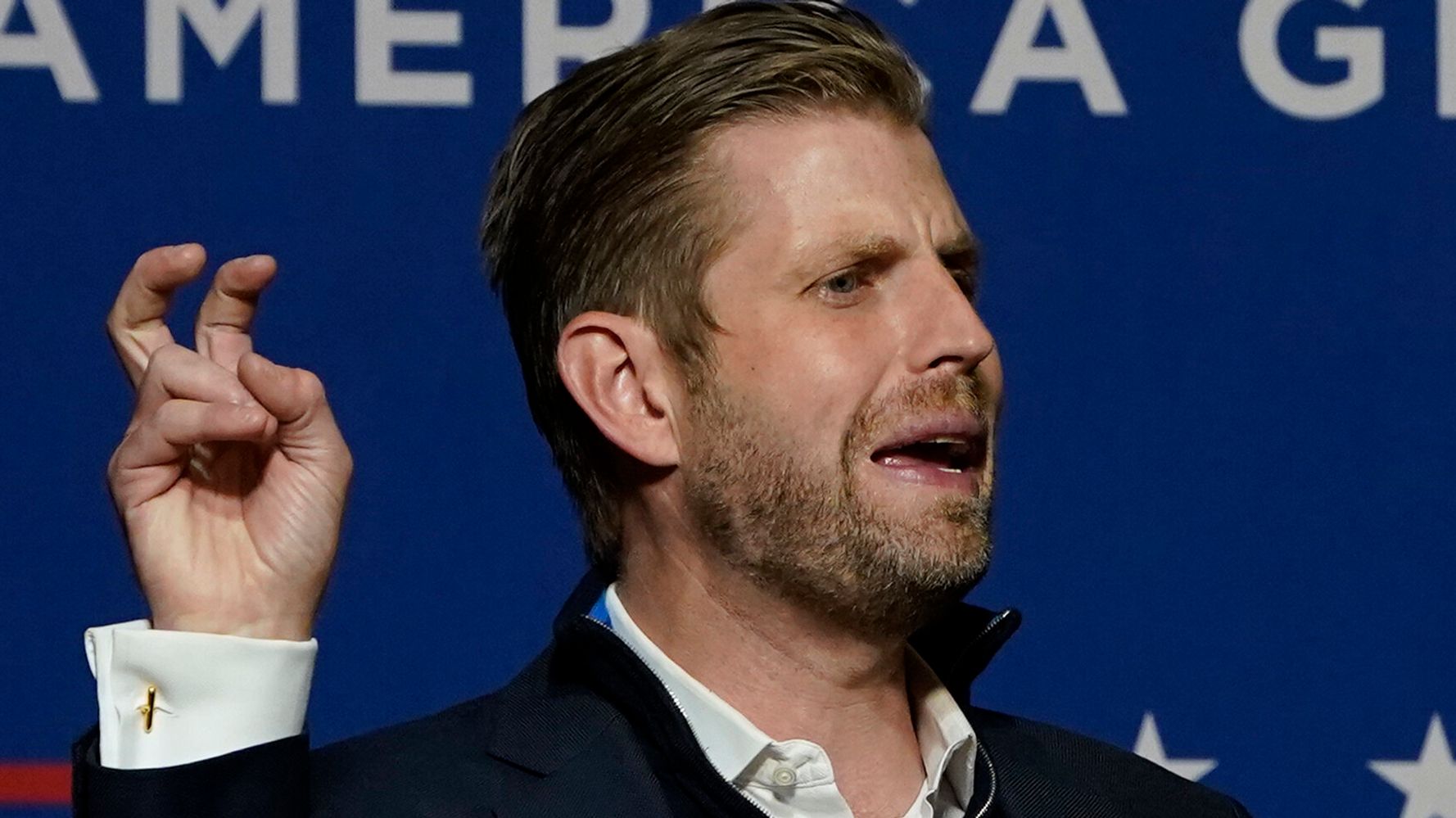 “Eric Trump on Tuesday appeared to continue to deny the 2020 election defeat of his father when he shared this image on Twitter: pic.twitter.com/3ZeAQ4E3Ys— Eric Trump (@EricTrump) November 10, 2020 Social media users interpreted the graphic as suggesting outgoing President Donald Trump would somehow ultimately end up victorious against President-elect Joe Biden. The president has so far refused to concede the election and has made baseless allegations of mass voter fraud. He’s stalled the transition process, accused Democrats of rigging the vote and in the early hours of last Wednesday, with millions of ballots still left to count, even made a false declaration of victory. Eric Trump and his brother, Donald Trump Jr., meanwhile, have assisted their father in spreading conspiracy theories and disinformation about the election in a desperate effort to throw the result into question.  Last week, Eric Trump was busted for tweeting a fake video that purported to show ballots for his father being burned. He has also conspiratorially tweeted that “people know exactly what is going on in this country.” Earlier Tuesday, Eric Trump was widely mocked on Twitter for urging people to vote — one week late. Eric Trump shared the graphic without comment. But critics on Twitter had plenty to say: Fixed your graph @EricTrump 🖕🏼 https://t.co/kpEv04kkk8 pic.twitter.com/fw1z4ZI5tt— Karen J Trump (@realKarenTrumpy) November 10, 2020 This is what happens when people who don’t understand facts or data try to make graphs.— Stop the Orange Coup (@inimitablejkc) November 11, 2020 Dumbest tweet of the day. https://t.co/M3oQQs4V2H— Roberta🌊🐶🏳️‍🌈🍽🌍🔬🎶 (@OaklandishLib) November 11, 2020 You are here pic.twitter.com/30whF9uWoz— chiyo nukaga (@chiyonukaga) November 11, 2020 The red line is the Covid curve.— Leslie – 71 to 46. 🇺🇲 (@Leslieoo7) November 10, 2020 If this supposedly represents votes how the fuck does the line go down Eric? Explain https://t.co/8gkBlNUnCx— Ryan Whorton (@RealRyanWhorton) November 10, 2020 Oxford Circus?— Stephen Monks (@StephenMonks1) November 11, 2020 You are here 👇🏻 pic.twitter.com/F0bG92YTJy— 💙 Bee 🏴‍☠️ (@OhNoAZomBee) November 10, 2020 Eric you lost— Casey Stanton (@CaseyStanton) November 10, 2020 Is this the map to the Four Seasons? https://t.co/0ADD9bW7uJ— Abe Pakatawhainu (@TopHatOrTrilby) November 11, 2020 Nope. We are here. pic.twitter.com/PX6CkIa8eO— kat 😽💙 (@winightcheese) November 10, 2020