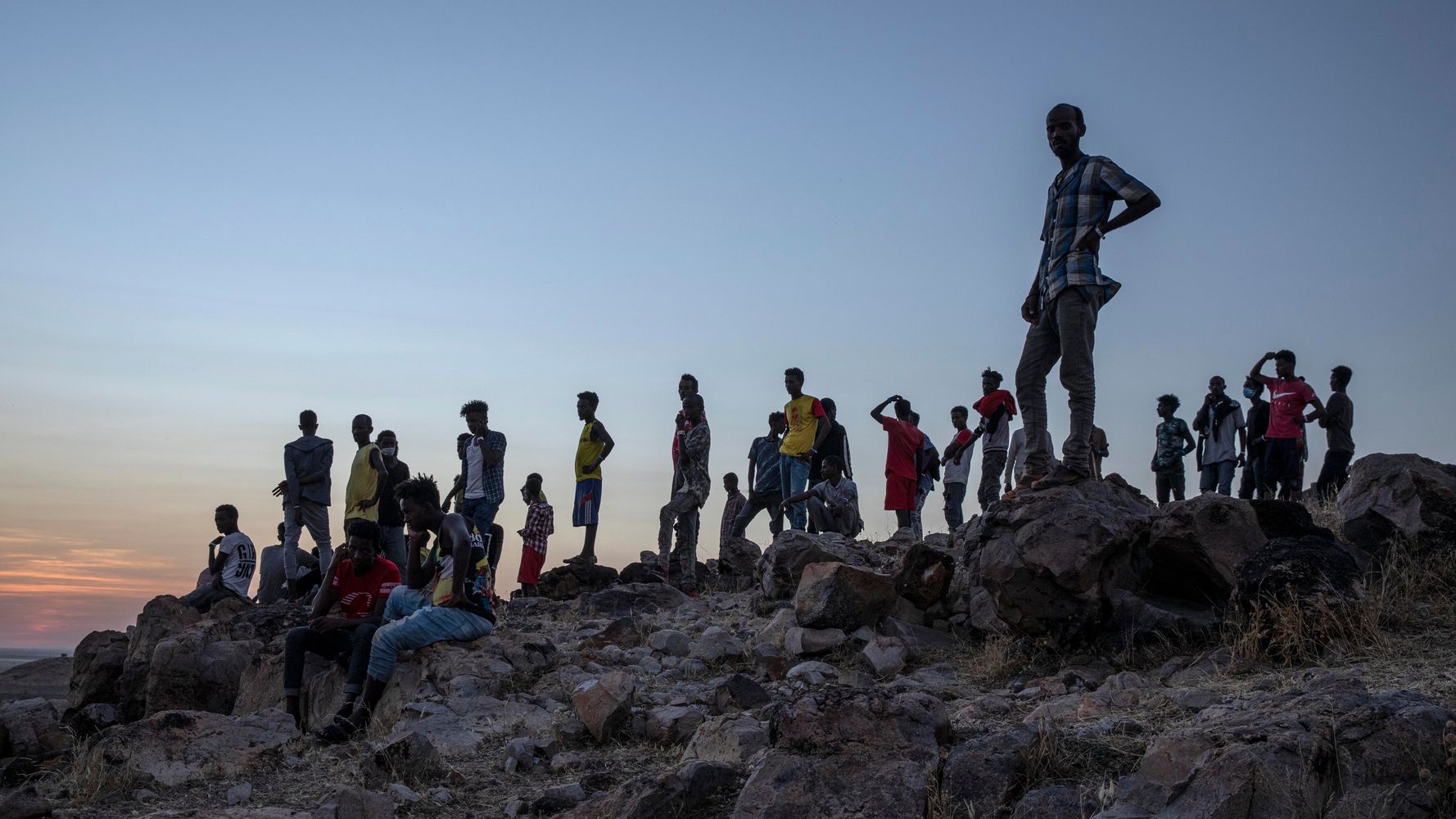 “NAIROBI, Kenya (AP) — Ethiopian Prime Minister Abiy Ahmed again ruled out dialogue with the leaders of the defiant Tigray region Friday but said he is willing to speak to representatives “operating legally” there during a meeting with three African Union special envoys trying to end the deadly conflict between federal troops and the region’s forces. The meeting occurred as people fled the Tigray capital in fear of an imminent assault after Abiy said the army had been ordered to move in for the “final phase” of an offensive to arrest the leaders of the Tigray People’s Liberation Front who run the region. Abiy’s government and the regional one each consider the other illegitimate. There was no immediate word from the three AU envoys, former Liberian President Ellen Johnson Sirleaf, former Mozambique President Joaquim Chissano and former South African President Kgalema Motlanthe. AU spokeswoman Ebba Kalondo did not say whether the envoys can meet with TPLF leaders, something Abiy’s office has rejected. The prime minister appreciated the AU envoys’ “elderly concern” and told them his government’s failure to enforce the rule of law in Tigray would “nurture a culture of impunity with devastating cost to the survival of the country,” his office said. Abiy, last year’s Nobel Peace Prize winner, has rejected international “interference.” Fighting reportedly remained well outside Mekele, a densely populated city of a half-million people who had been warned by the Ethiopian government of “no mercy” if they didn’t separate themselves from the TPLF leaders in time. Abiy on Thursday told residents to stay indoors and disarm as the army, with tanks, was given the order to move in. His government has vowed to protect civilians. With communications and transport links severed, it remains difficult to verify claims about the fighting that erupted Nov. 4 between Ethiopian forces and the heavily armed forces of the TPLF, which once dominated Ethiopia’s government but has been sidelined under Abiy’s rule. Hundreds, perhaps thousands, of people have been killed. The fighting threatens to destabilize Ethiopia, which has been described as the linchpin of the strategic Horn of Africa, and could even destabilize its neighbors. Food and other supplies are running out in the Tigray region of 6 million people. The United Nations continues to urge immediate access for humanitarians that is neutral and impartial. Ethiopia’s government has said a “humanitarian access route” would open under the management of the country’s Ministry of Peace, with no details. Multiple crises are growing. Some of the tens of thousands of refugees from Eritrea who are living in camps in northern Ethiopia have been in the line of fire as fighting sweeps by them. Refugees have also told The Associated Press that Ethiopian forces near the border with Sudan are impeding people from leaving Ethiopia, while refugee crossings have largely slowed to a trickle. Ethiopia’s government has not commented on that. More than 40,000 refugees have crossed into a remote part of Sudan where local communities and humanitarian workers struggle to provide food, shelter and care. Nearly half of the refugees are children. The spread of COVID-19 is just one concern. “We cannot keep social distancing here in the camp,” said Mohammed Rafik Nasri, from the U.N. refugee agency. “It is really challenging among the several issues in need that are growing because the number is growing. Today we are receiving a convoy of 1,000 arriving in the camp. And shelter is one of the biggest challenges that we have at the moment.” Scared, sometimes without word of loved ones left behind, the refugees continue to share horrific accounts of the fighting and plead for it to stop. “It makes me so sad. The country has no peace. You see one tribe killing another. It is so hard,” said one, Atsbaha Gtsadik. ___ Fay Abuelgasim in Umm Rakouba, Sudan, contributed.