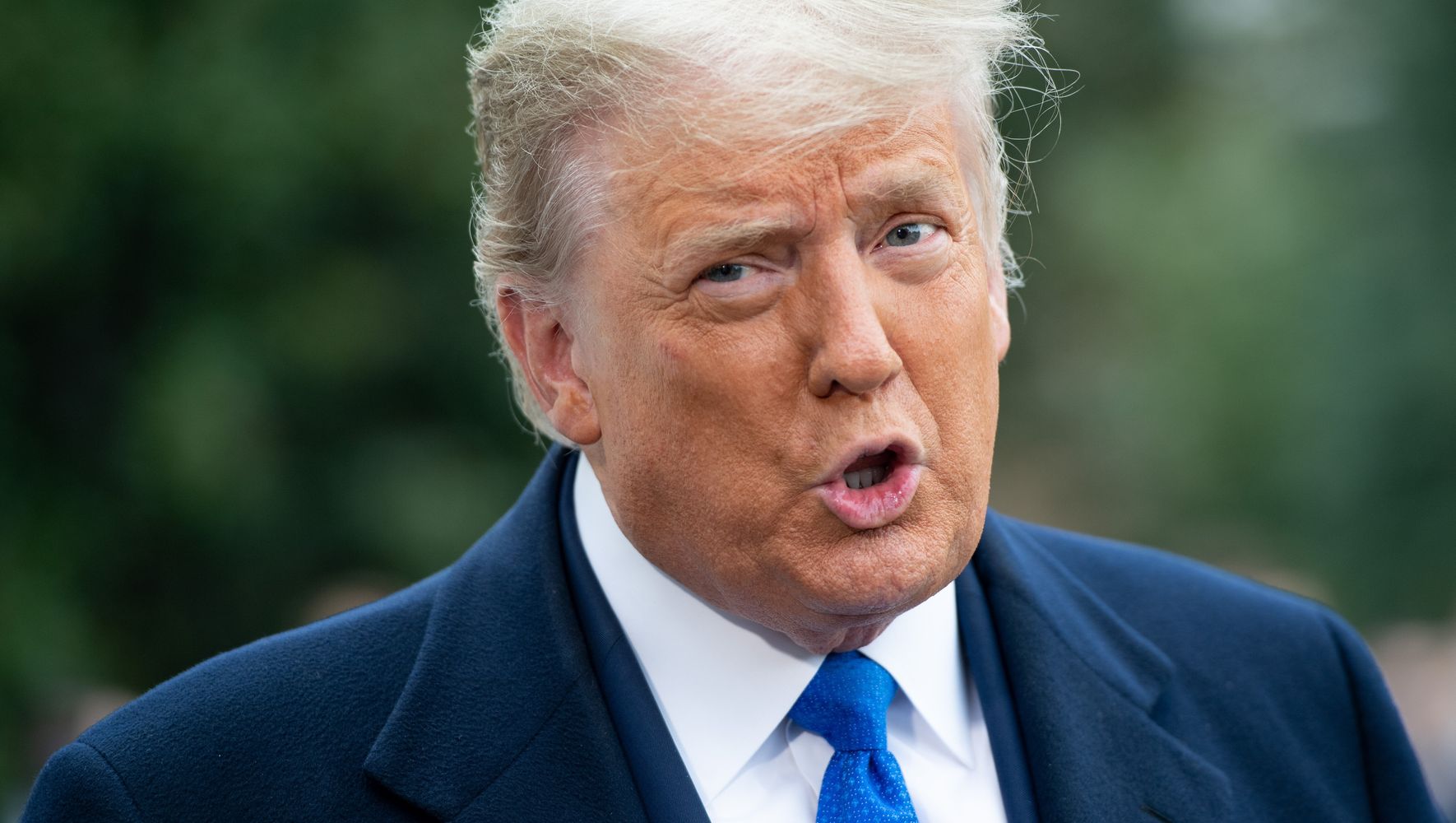 “Facebook Some of the Trump campaign’s political ads that launched post-ban on Facebook. President Donald Trump’s campaign launched more than a dozen new political ads on Facebook on Tuesday, despite the platform’s ban on such ads in the week leading up to the election. Political ads in the U.S. “must be created and start delivering before October 27,” according to Facebook’s widely touted policy, which was implemented to prevent unsubstantiated information from spreading through ads in the run-up to Nov. 3. Existing political ads that went live prior to the ban are allowed to run throughout the restriction period; new ads cannot be launched post-ban.  But data from Facebook’s ad library shows that Trump’s latest ads launched on Oct. 27 — not before it — suggesting Facebook cannot enforce its own policies just days ahead of Election Day. After HuffPost flagged the ads to Facebook, the company removed most, but not all, of them for violating its policies. The ads, which primarily targeted residents of Georgia, Arizona, Florida and Iowa, have a combined potential reach of more than 12 million people. All of them encouraged their audiences to vote. Several even included the misleading language, “ELECTION DAY IS TODAY,” which Facebook explicitly discourages in its guidelines in order to “prevent any potential confusion.” By contrast, Democratic presidential nominee Joe Biden’s campaign has not released any new ads since the ban took effect. Although Facebook’s ad library appears to show active ads from Biden that launched on Oct. 27, they are actually snapshots of existing ads that had gone live prior to the ban date, and subsequently had their targeting or budget criteria adjusted. The ad library also shows several new snapshots of this nature from Trump, in addition to his violative ads. “During Facebook’s restriction period … advertisers can adjust the budget or targeting criteria on an existing ad, which generates a new ad snapshot with a new start date,” Facebook notes in a disclaimer. The company did not immediately respond to HuffPost’s requests for comment. Facebook scored widespread praise for its decision to halt political advertising ahead of the election — a policy that it recently extended indefinitely “to reduce opportunities for confusion or abuse.”  “In the final days of an election there may not be enough time to contest new claims. So in the week before the election, we won’t accept new political or issue ads,” Facebook CEO Mark Zuckerberg said in a post upon announcing the ban last month. “I’m also worried that with our nation so divided and election results potentially taking days or even weeks to be finalized, there could be an increased risk of civil unrest across the country.” Social media experts expect to see a deluge of hyperpartisan disinformation on Facebook and other platforms ahead of Election Day. Given Trump’s refusal to commit to a peaceful transfer of power, many are also concerned that if he loses, he will use his social channels to falsely claim victory, make baseless declarations of electoral fraud to undermine the results, or worse.  The political ad ban was part of a broader attempt to prevent such chaos. But so far, its rollout has been disastrous. Facebook mistakenly blocked some of Biden’s existing, preapproved ads on Tuesday due to reported “data lags,” Protocol reported. Political groups including DSPolitical and Defending Democracy Together told the news outlet that their ads had also been affected. And even though Trump’s campaign seemingly managed to skirt the ban, it still preemptively launched Facebook ads on Monday claiming record-setting GDP growth — citing figures that won’t be released until Oct. 29. The campaign also prepared an apparent victory ad, which appeared in the ad library on Monday but remains inactive.  “It’s morning in America. Donald J. Trump is still president of the United States,” a video featured in the ad states over cries of despair, supposedly from liberals. Facebook’s ad policies clearly prohibit “premature declarations of victory.”