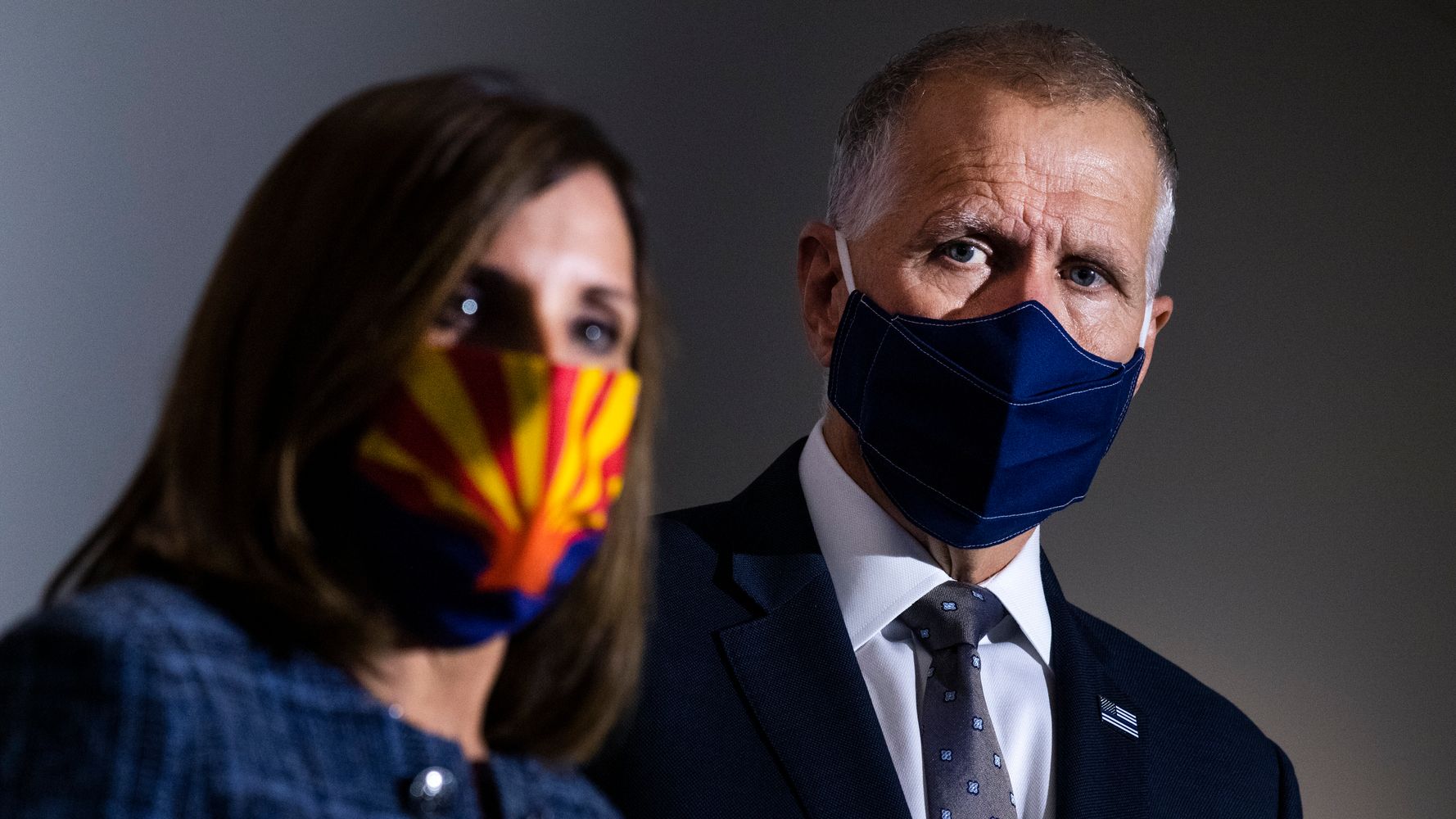 “What do Republican Sens. Martha McSally (Ariz.), Cory Gardner (Colo.), David Perdue (Ga.), Kelly Loeffler (Ga.), Thom Tillis (N.C.) and Lindsey Graham (S.C.) have in common? At least two things: They’re all in tight reelection campaigns, and they all received a maxed-out donation from Federalist Society co-founder and board chairman Steven Calabresi during Amy Coney Barrett’s Supreme Court confirmation process. Barrett is a longtime member of the Federalist Society, the conservative legal organization that has chosen and helped confirm all three of President Donald Trump’s Supreme Court nominees and nearly all of his 53 appèlhofregters. The group, part of a vast and secretive $250 million network of groups promoting conservative judges and causes, was hugely invested in getting Barrett onto the high court. A review of Federal Election Commission reports shows all six senators received $2,800 from Calabresi, the maximum amount an individual can contribute to a campaign in a general election, between Oct. 9 and Oct. 19. Barrett’s confirmation hearing took place between Oct. 12 and Oct. 15, and she was voted out of committee on Oct. 22. In case any of these GOP senators were nervously looking at their tight races and considering joining another vulnerable GOP senator — Susan Collins of Maine — in opposing the confirmation process for a controversial Supreme Court nominee so close to the election, the timing of Calabresi’s donation certainly sent them the message that the Federalist Society had their backs and expected them to respond in kind by confirming Barrett. Even if the dollar amount doesn’t seem hugely significant, it certainly is when a Federalist Society chairman maxes out a contribution to your campaign in the midst of a fight over a Federalist Society member up for a Supreme Court seat. Here’s a link to each of the senators’ FEC reports showing Calabresi’s last-minute contributions to their campaigns. Martha McSally Cory Gardner David Perdue Kelly Loeffler Thom Tillis Lindsey Graham Sen. Steve Daines (R-Mont.), also up for reelection in a race rated a toss-up by The Cook Political Report, was the only other senator who received an eleventh-hour, $2,800 donation from Calabresi. That contribution came in on Oct. 23, a day after Barrett was voted out of committee. Calabresi did not respond to a request for comment on whether the timing of his donations was meant to pressure those GOP senators to follow through in confirming Barrett before the election.