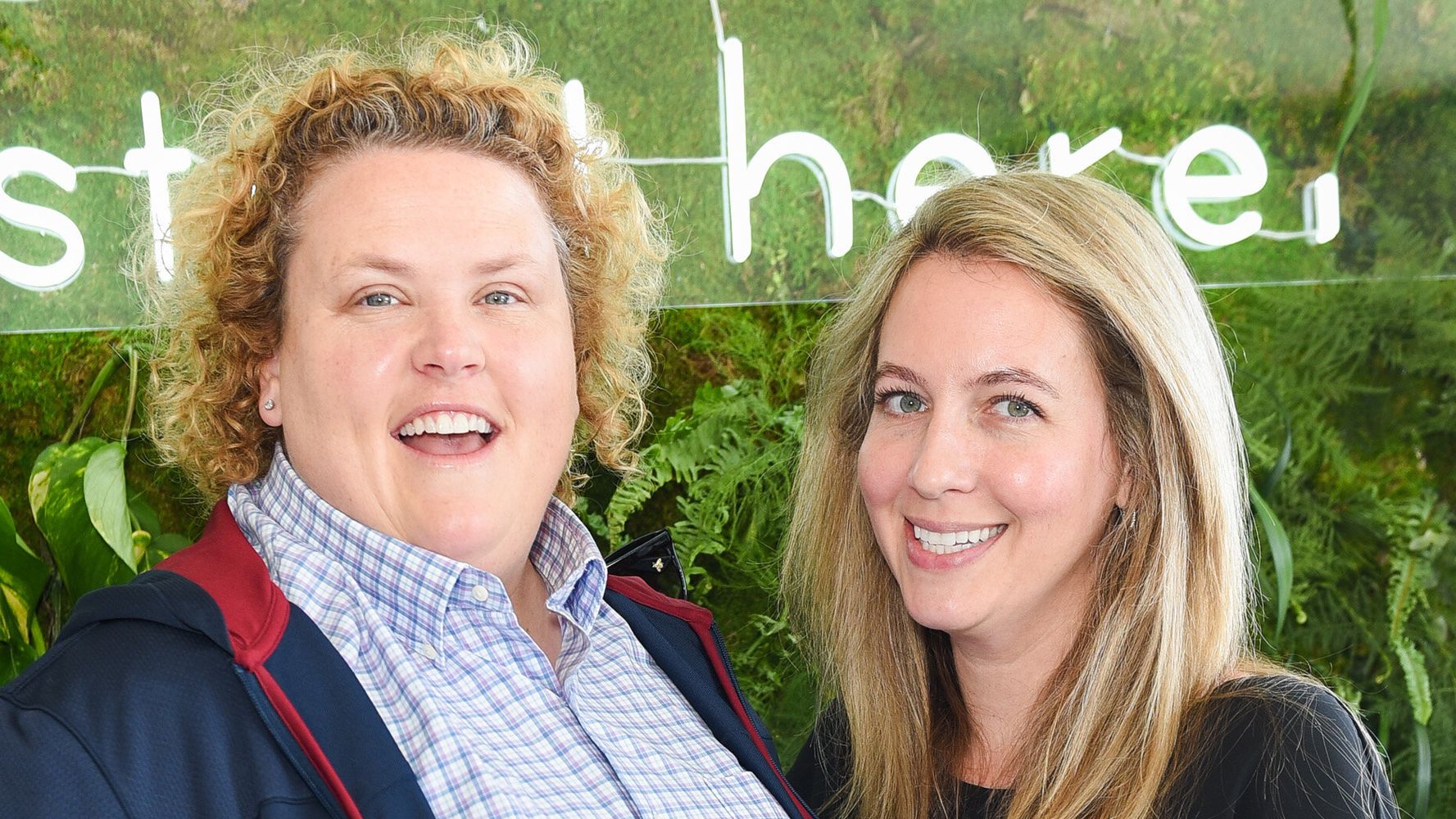 “Fortune Feimster surprised fans this weekend by revealing that she and longtime girlfriend Jacquelyn Smith tied the knot.  The actor and comedian, whose credits include “The Mindy Project” and “The L Word: Generation Q,” married Smith Friday in Malibu, California. The ceremony was attended by the couple’s Pomeranian rescue, Biggie, who served as ring bearer, along with a handful of guests. It was streamed live over Zoom to both Feimster and Smith’s family members in North Carolina and Michigan, respectively.  “We purposefully kept it small for the reasons of it being during a pandemic,” Feimster told People in an interview published Sunday. “I think it ended up being even more special for us and for our friends because 2020 has been so overshadowed by so much loss for so many people, and hardships and anxiety. It was just a nice, special, happy day where for one day you didn’t think about that, all the stuff that’s been going on.” View this post on Instagram We got married! Jax and I decided to forgo the big wedding we planned to have due to the pandemic and decided fairly last minute to do a tiny ceremony on the beach. We’ll celebrate with friends and family in a year when it’s safer to do so. 📸 @laurenhurtphoto A post shared by Fortune Feimster (@fortunefeimster) on Oct 25, 2020 at 12:03pm PDT The two women began dating in 2015, just one day after the Supreme Court legalized same-sex marriage nationwide, and got engaged three years later.  In June, Feimster wrote on Instagram that the pair had been planning a larger ceremony for their nuptials shortly before the coronavirus pandemic was declared in March.  She and Smith decided to move forward with their nuptials given renewed concerns over the future of marriage equality. On Monday, the Republican-controlled Senate is expected to confirm President Donald Trump’s nominee Amy Coney Barrett to the Supreme Court, solidifying a conservative majority on the high court.  Though recent polls indicate widespread support for same-sex marriage among Americans, many human rights advocates fear that Barrett’s appointment will put marriage equality, along with other LGBTQ rights, in jeopardy.  View this post on Instagram I accidentally led people to think Jax and I secretly got married 🤣 Not yet! Covid ruined our plans. I was waiting til today to say I never thought I’d A) find someone that I wanted to marry and B) legally be allowed to. But five years ago today, the day after marriage equality passed, I went to pride in Chicago and immediately met Jax. She appeared out of nowhere and it felt like I’d known her forever. She’s so awesome and such a rock. Even in a freakin pandemic she’s the best partner I could ever hope for. I love her so much and I’m grateful our relationship continues to grow. Happy 5 year anniversary, Jax! A post shared by Fortune Feimster (@fortunefeimster) on Jun 27, 2020 at 1:01pm PDT “The fact that our hard-earned right to marry could now be at stake is devastating,” Feimster wrote on Instagram earlier this month. “We will scramble to figure this out before those rights may no longer be available. … To have to continue fighting for this equal right is just wrong.”   While hopeful that marriage equality “is here to stay,” Feimster told People that she and Smith decided to be “proactive.” “You just don’t know what will happen when the tide shifts so significantly with the Supreme Court,” she said. “You hope that they listen to the country. I mean, the majority of people support marriage equality. You want that to be the voice that guides them in that decision, but you just don’t know.”