Fox News Cuts Away From Trump Campaign’s Election Misinformation: ‘Not So Fast’ 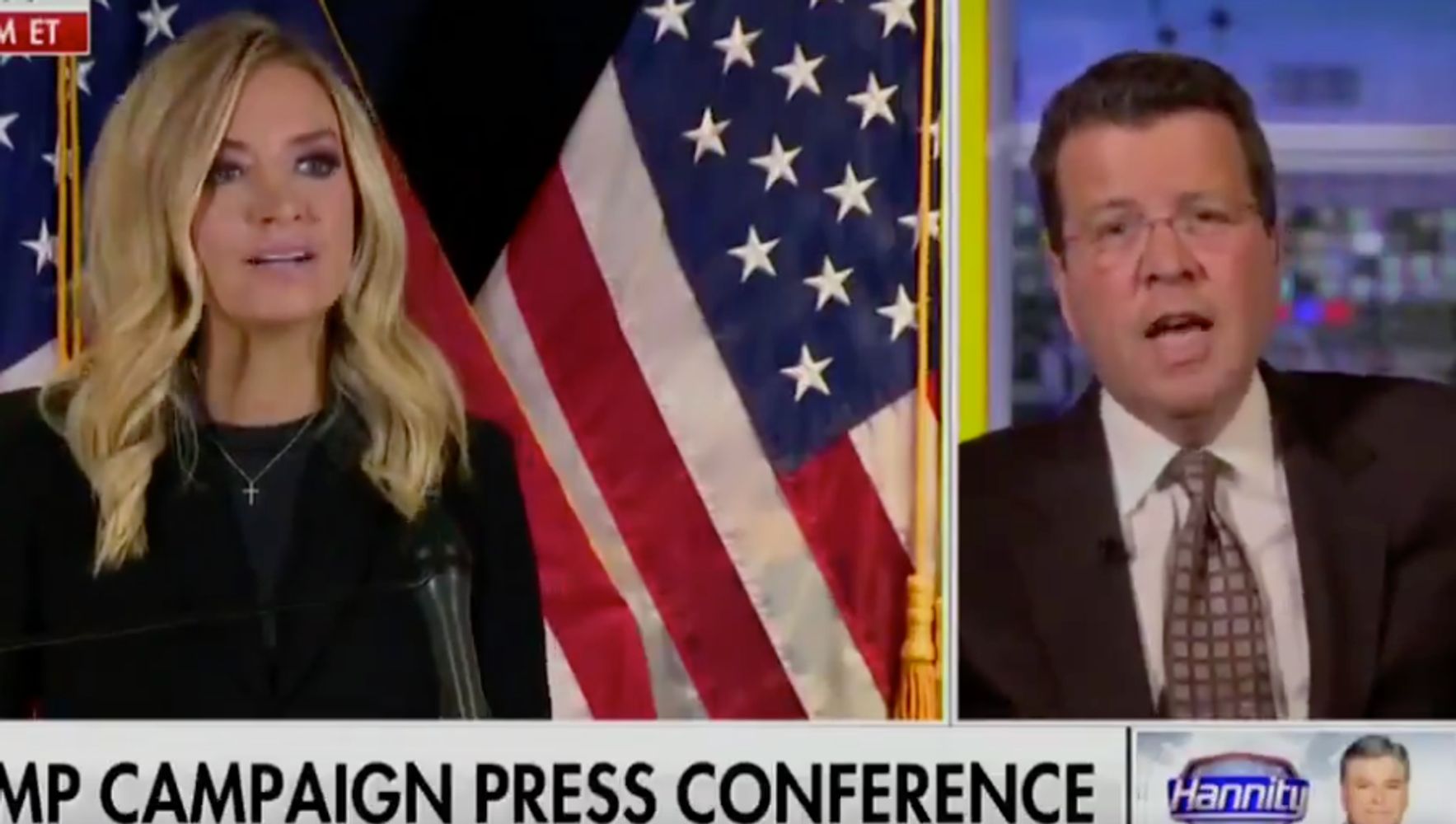 “Fox News anchor Neil Cavuto cut away from footage of a press conference held by the Trump campaign Monday, saying, “Whoa, whoa, whoa,” as White House press secretary Kayleigh McEnany spread misinformation about the integrity of the presidential election. “We want every legal vote to be counted, and we want every illegal vote—” McEnany stated at the press conference, falsely suggesting there was significant voter fraud in the election, before Cavuto cut away. “Whoa, whoa, whoa, I just think we have to be very clear, she’s charging the other side as ‘welcoming fraud’ and ‘welcoming illegal voting,’” Cavuto said. “Unless she has more details to back that up, I can’t in good countenance continue showing you this.” “That’s an explosive charge to make, that the other side is effectively rigging and cheating,” the Fox News anchor added. “Not so fast.” Fox News anchor Neil Cavuto takes the rare step (for Fox) of cutting into Kayleigh McEnany’s lie-filled press conference about the election. \”Unless she has more details to back that up, I can’t in good countenance continue showing you this.\” pic.twitter.com/cBd6ASlV8H— David Mack (@davidmackau) 十一月 9, 2020 Since President-elect Joe Biden’s victory on Saturday, President Donald Trump has refused to concede the election and has repeatedly lied about nonexistent fraud in an attempt to delegitimize the results of the election he lost. Early in the morning after Election Day, several news networks, including MSNBC, NBC and ABC, had to cut into Trump’s premature victory speech, as he had not won — in fact, neither candidate had reached the 270 electoral votes needed to prevail. In the months leading up to the election, Trump had been spreading lies about mail-in voting — which millions of Americans used to stay safe amid the coronavirus pandemic — being “corrupt” or “fraudulent.” (It is not — there is no evidence of significant voter fraud in mail-in voting processes.) His campaign has filed lawsuits challenging results and ballot counting in some battleground states, and several of these have already been dismissed. In Monday’s press conference, McEnany continued to perpetuate lies about there having been “fraud” and “illegal voting” in November’s election, for which there is no evidence. 福克斯新闻, a right-leaning network, is a favorite of Trump’s. The news network frequently peddles the president’s own misinformation, such as when Trump held a sham health assessment on the news channel after his coronavirus infection. 然而, in recent days, Trump and his supporters have complained about the network, specifically after it was one of the first to project Arizona would go to Biden in the presidential election.