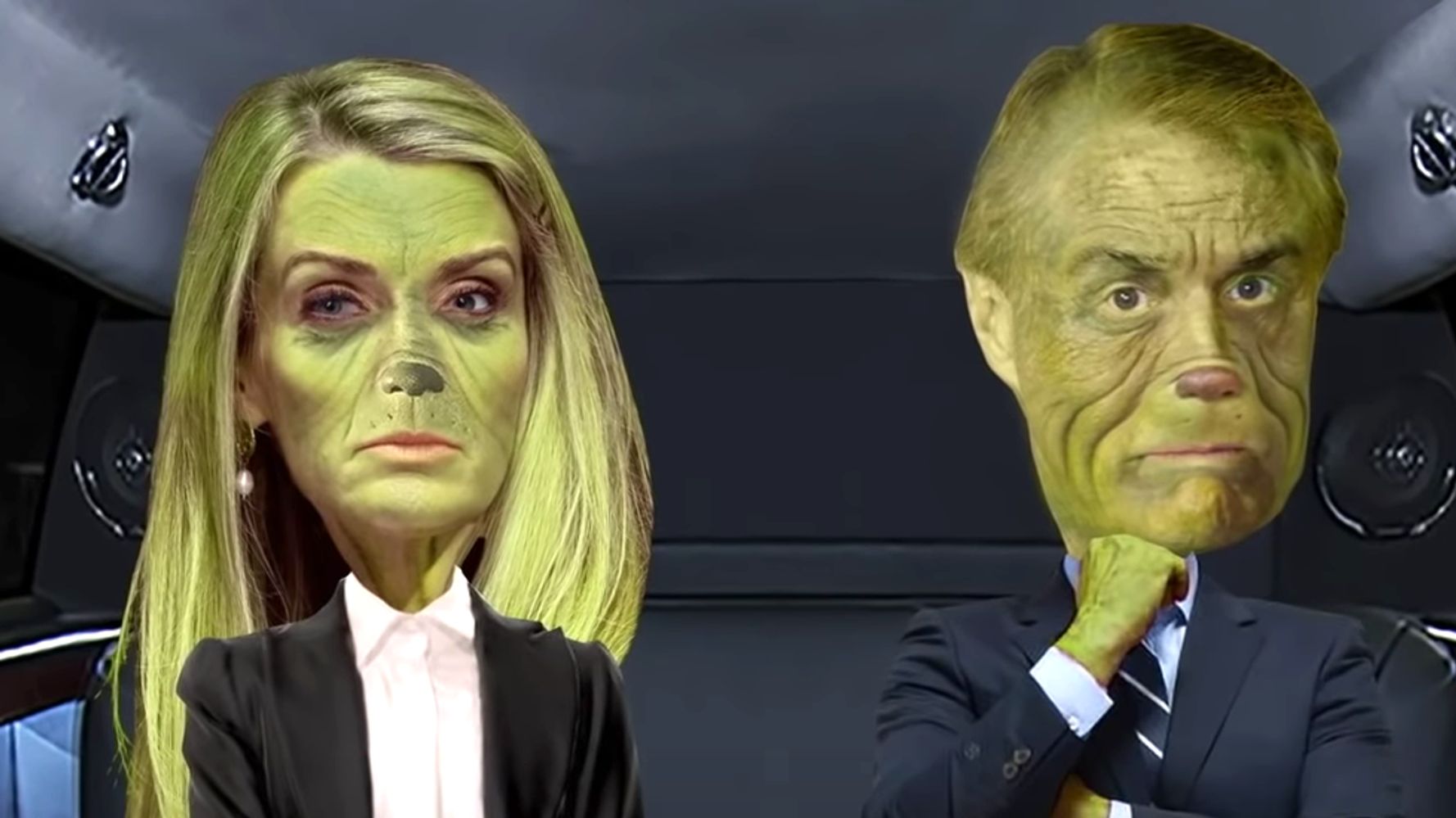 “Georgia Republican Sens. Kelly Loeffler and David Perdue are transformed into Grinches in a new animated attack ad from the progressive PAC MeidasTouch. The 70-second holiday-themed spot highlights the scandals that have engulfed the duo — who have both backed President Donald Trump in his bid to overturn the 2020 election result — from their sale of stocks at the start of the coronavirus pandemic to Perdue’s boycotting of debates with his Democratic rival. Watch the ad here: Loeffler will face Democratic challenger Raphael Warnock and Perdue will face Jon Ossoff in hotly contested runoff elections on Jan. 5. The results of the elections will determine who will eventually control the Senate, which will be tied 50-50 if both Democratic candidates win the seats, meaning Vice President-elect Kamala Harris would have the tie-breaking vote. Warnock last month pre-empted what he believed would be a slew of negative ads from Loeffler with a spoof spot in which he declared: “By The Way, I Love Puppies.” Trump is even joining the fray in a bid to boost Republican turnout with a planned rally in Georgia on Saturday. MeidasTouch said it planned to air its ad “on TV multiple times around the Georgia Senate debate on Sunday,” which Perdue has refused to attend. Its video racked up more than 1.2 million views in its first 10 hours on Twitter and caused the hashtag #GrinchesOfGeorgia to trend nationally. The PAC, founded by attorney Ben Meiselas and his two brothers, released dozens of anti-Trump ads before the election. Many of the slickly-edited commercials garnered millions of views each, but it’s still not clear what effect they and others of their genre actually had on swing voters, if any at all. The anti-Trump Lincoln Project, formed by disaffected Republicans including attorney George Conway, on Friday released this advert attacking Loeffler: