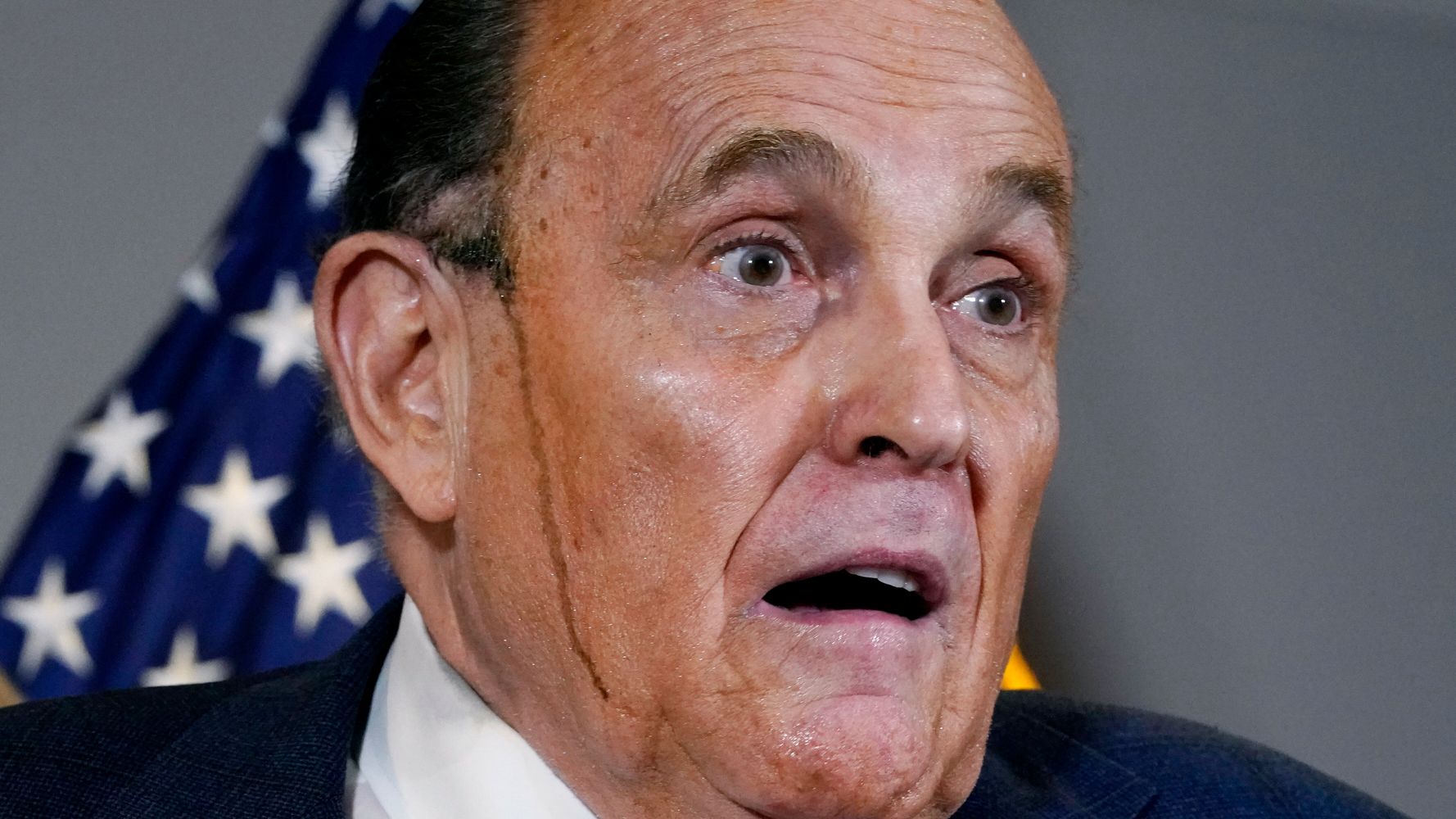 “Rudy Giuliani’s epic rant in his latest wild news conference about suspicious voting in Michigan was based on a glaring mistake: President Donald Trump’s personal lawyer was complaining about vote counts in Minnesota districts, not in Michigan. That obliterated Giuliani’s claims Thursday of discrepancies in district populations and suspiciously large voter turnouts. The figures mangled overvote percentages by comparing the number of expected district votes in one state to the populations of completely unrelated districts in another state. “In Michigan and Wisconsin, we have overvotes in numerous precincts of 150%, 200% and 300%,” Giuliani gloated in one of his imagined “gotcha” moments. The man in charge of Trump’s assault on election results also argued that there were more votes than voters in some districts — again, because he confused the states. The erroneous numbers used by Giuliani and others on the legal team challenging presidential election results were based on an affidavit submitted — and already thrown out by one court — by self-proclaimed election fraud expert and failed Texas congressional candidate, Russ Ramsland, the Powerline blog first reported Thursday. “There are over 3,000 precincts in Michigan] where the presidential vote cast compared to the estimated voters … is 99% all the way up to 350%,” Ramsland complained Tuesday to Lou Dobbs on Fox Business Network. “Where did all those votes come from?” Clearly, they came from Minnesota. In one section of his affidavit, Ramsland listed as highly suspicious 100% voter turnouts he calculated in 25 districts in Detroit’s Wayne County, which went for Democrat Joe Biden. But all of the districts listed were actually in Minnesota. Powerline suspects Ramsland may have confused the postal abbreviation for Minnesota (MN) with Michigan (MI). CNN’s Jake Tapper quipped that the legal team was confused over two “M” states. It “certainly speaks to a lack of due diligence,” The Washington Post noted. Even the numbers Ramsland referred to from Minnesota weren’t supported by official figures, and the affidavit was riddled with other errors, according to the Post. The erroneous numbers were submitted as part of a Trump campaign lawsuit in Georgia, which was rejected Thursday because it “lacked merit.” Giuliani, the former mayor of New York City, scolded the news media Thursday for not carefully reading and reporting on affidavits submitted as part of the Trump campaign lawsuits, claiming they present evidence of fraud. “It’s your job to read these things and not falsely report that there’s no evidence,” Giuliani said. To be fair, both names start with MI and have more than 2 syllables— M. Daunton-Wrenn (@mordauntwren) 十一月 20, 2020