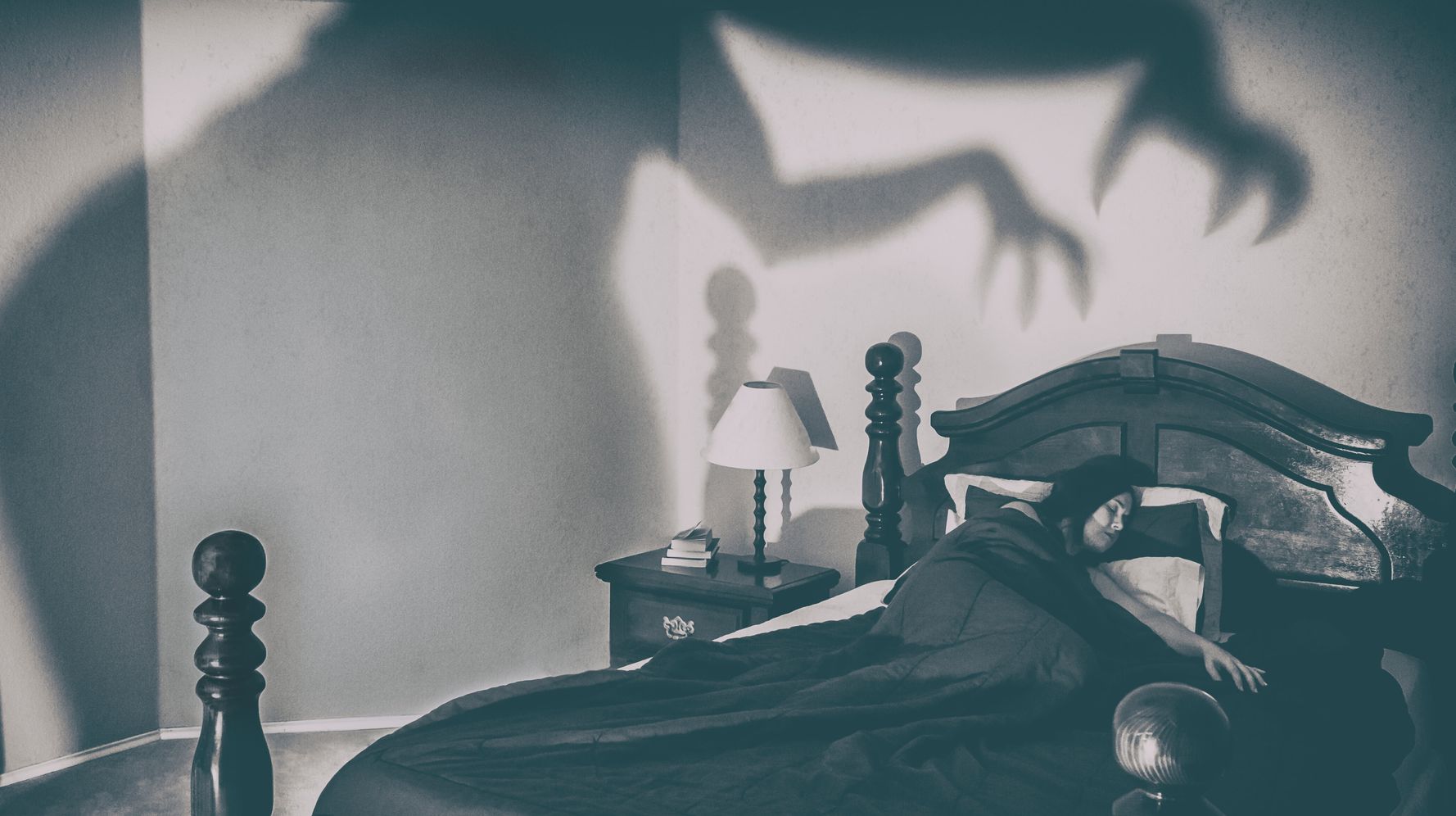 “Rep. Clay Higgins (R-La.) decided to alert the public Friday that his wife “has the gift of premonition” and she recently awoke crying from a nightmare of an apocalyptic future where federal officials seize their guns, knives and other items. Now Higgins’ Democratic opponent in this year’s election is using the strange tale to raise campaign funds. “This is what we’re up against,” tweeted rival Rob Anderson. Higgins had posted on Twitter that his wife, Becca, “dreamed that Federal squads were in our home seizing guns, knives, ‘unauthorized foods’ and stored water.” Becca “awoke crying,” he added. “‘What happened to our freedom?’ she asked.” Higgins, first elected to his seat in 2016, concluded ominously: “What indeed.” My wife has the gift of premonition. Last night she dreamed that Federal squads were in our home seizing guns, knives, “unauthorized foods” and stored water. They said we had been “reported”. Becca awoke crying. What happened to our freedom? She asked. What indeed.— Rep. Clay Higgins (@RepClayHiggins) 십월 23, 2020 Anderson shot back an hour later with his fundraising appeal. This is what we are up against. Help us out. We are in the middle of filming three tv ads as we speak, to push in the final days.Donate here➡️ https://t.co/PyBeoUg1Fb pic.twitter.com/Pqm1TNRkhB— ⚜️”Rob” Anderson for Louisiana (@RobAnderson2018) 십월 23, 2020 Reactions to Higgins’ tweet included theNew Orleans-based Gambit Weekly wondered if Higgins had just accused his wife of witchcraft. Walter Shaub, former director of the federal Office of Government Ethics, said the “level of crazy” in Higgins’ tweet managed to break through an exceptionally crazy year. And author Kurt Eichenwald suggested anti-psychotics. Others wondered why the feds would seize “stored water.” Many found it especially creepy that someone with the alleged gift of foresight would primarily be worried about losing her guns, especially amid the coronavirus pandemic that, President Donald Trump’s insistence notwithstanding, shows no signs of ebbing. Several reminded Higgins that Breonna Taylor lost her life when Kentucky police officers broke into her home in March in a botched raid in which she was not a suspect. Higgins spurred controversy last month when, ahead of a scheduled Black Lives Matter protest in Louisiana, he threatened to use one of his guns to “drop … any 10” who might be armed. “One way ticket, fellas,” he said on a Facebook post illustrated with a photo of Black men. The social media outlet eventually deleted the post. Well this is a level of crazy that breaks through the noise of an already crazy year. https://t.co/m8SyqSsHFN— Walter Shaub (@waltshaub) 십월 23, 2020 Imagine your local police officers just busting down your door without knocking and shooting you in your bed. That’s the reality for many people already. #JusticeForBreonnaTaylor https://t.co/UqcHJuEAFw— Zack Ford (@ZackFord) 십월 23, 2020 I’m a popular medium/psychic. I saw Trump going into a cave to hide from all the Americans he defrauded. Screaming for mercy. While the republicans scrambled like rats.— Linda G (@HopeSprings10) 십월 23, 2020 I keep having a nightmare that a quarter million of my fellow Americans have died in 7 months. Then I wake up & it’s actually happened.— Eryn (@Leighbra) 십월 23, 2020 This is why I keep donating to @RobAnderson2018 . Clay Higgins is a candidate for the loony bin. Might want to tell the missus that it’s your healthcare and Social Security the GOP is coming for, not her snacks. pic.twitter.com/qqjsp8TDgp— Alan Dershowitz’s Briefs (@HKursed) 십월 23, 2020 Meanwhile what’s happening here in Actual Reality https://t.co/xbqorYnZvR— Melissa Florer-Bixler (@MelissaFloBix) 십월 23, 2020