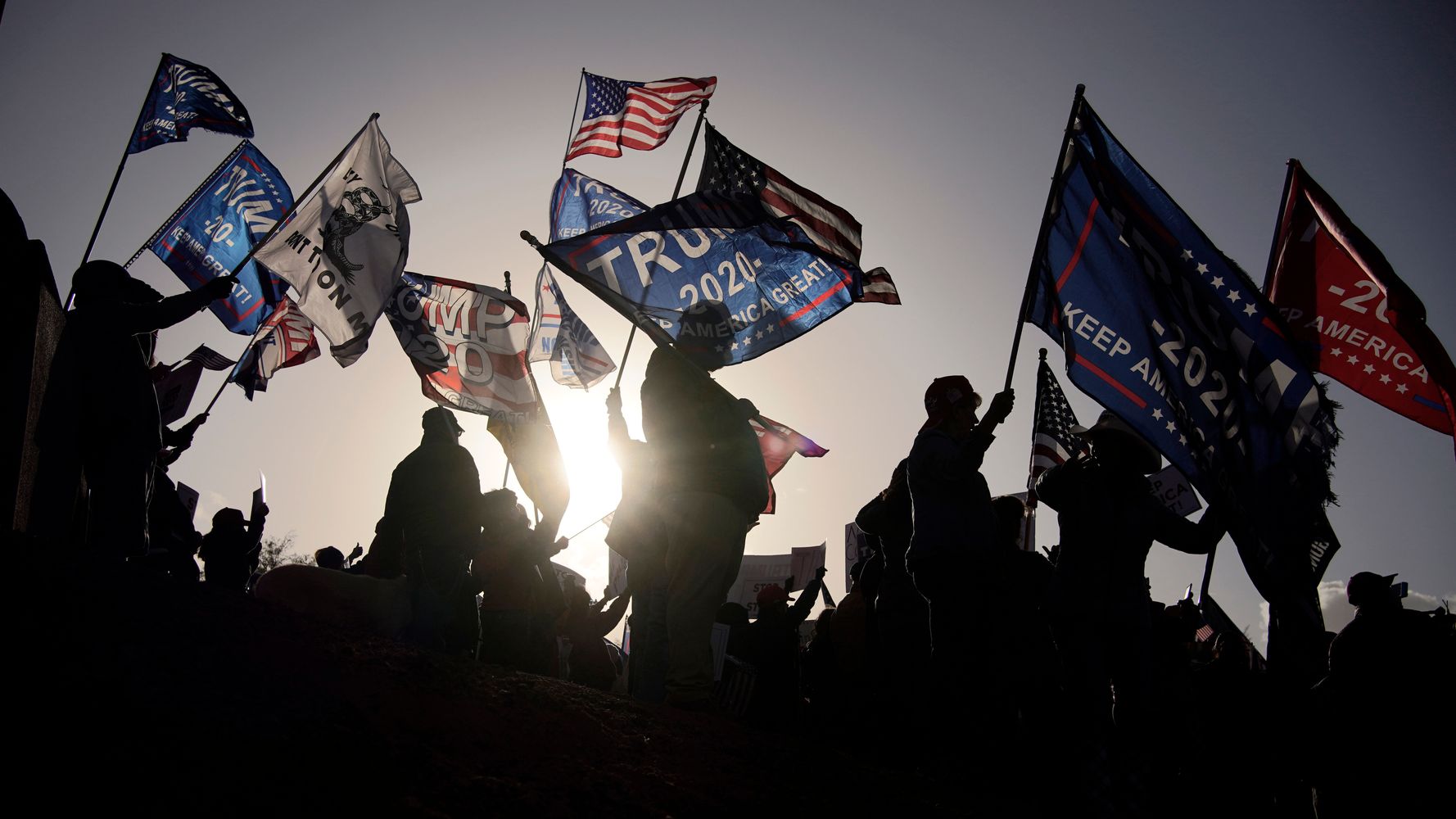 “Republican leaders in four critical states won by President-elect Joe Biden say they won’t participate in a legally dubious scheme to flip their state’s electors to vote for President Donald Trump. Their comments effectively shut down a half-baked plot some Republicans floated as a last chance to keep Trump in the White House. State GOP lawmakers in Arizona, 미시간, Pennsylvania, and Wisconsin have all said they would not intervene in the selection of electors, who ultimately cast the votes that secure a candidate’s victory. Such a move would violate state law and a vote of the people, several noted. “I do not see, short of finding some type of fraud — which I haven’t heard of anything — I don’t see us in any serious way addressing a change in electors,” said Rusty Bowers, Arizona’s Republican House speaker, who says he’s been inundated with emails pleading for the legislature to intervene. “They are mandated by statute to choose according to the vote of the people.” The idea loosely involves GOP-controlled legislatures dismissing Biden’s popular vote wins in their states and opting to select Trump electors. While the endgame was unclear, it appeared to hinge on the expectation that a conservative-leaning Supreme Court would settle any dispute over the move. Still, it has been promoted by Trump allies, including Florida Gov. Ron DeSantis, and is an example of misleading information and false claims fueling skepticism among Trump supporters about the integrity of the vote. The theory is rooted in the fact that the U.S. Constitution grants state legislatures the power to decide how electors are chosen. Each state already has passed laws that delegate this power to voters and appoint electors for whichever candidate wins the state on Election Day. The only opportunity for a state legislature to then get involved with electors is a provision in federal law allowing it if the actual election “fails.” If the result of the election was unclear in mid-December, at the deadline for naming electors, Republican-controlled legislatures in those states could declare that Trump won and appoint electors supporting him. Or so the theory goes. The problem, legal experts note, is that the result of the election is not in any way unclear. Biden won all the states at issue. It’s hard to argue the election “failed” when Trump’s own Department of Homeland Security reported it was not tampered with and was “the most secure in American history.” There has been no finding of widespread fraud or problems in the vote count, which shows Biden leading Trump by more than 5 million votes nationally. ASSOCIATED PRESS President Donald Trump speaks in the Rose Garden of the White House, 금요일, 11월. 13, 2020, 워싱턴에서. (AP Photo/Evan Vucci) Trump’s campaign and its allies have filed lawsuits that aim to delay the certification and potentially provide evidence for a failed election. But so far, Trump and Republicans have had meager success — at least 10 of the lawsuits have been rejected by the courts in the 10 days since the election. The most significant that remain ask courts to prevent Michigan and Pennsylvania from certifying Biden as the winner of their elections. But legal experts say it’s impossible for courts to ultimately stop those states from app ointing electors by the December deadline. “It would take the most unjustified and bizarre intervention by courts that this country has ever seen,” said Danielle Lang of the Campaign Legal Center. “I haven’t seen anything in any of those lawsuits that has any kind of merit — let alone enough to delay appointing electors.” Even if Trump won a single court fight, there’s another major roadblock: Congress would be the final arbiter of whether to accept electors submitted by Republican legislatures. If the Democratic-controlled House and GOP-controlled Senate could not agree on which electors to accept and who becomes president, the presidency would pass to the next person in the line of succession at the end of Trump and Vice President Mike Pence’s term on Jan. 20. That would be House Speaker Nancy Pelosi, a Democrat. “If this is a strategy, I don’t think it will be successful,” said Edward Foley, a constitutional law professor at Ohio State University. “I think we’re in the realm of fantasy here.” But unfounded claims about fraud and corruption have been circulating widely in conservative circles since Biden won the election. Asked this week if state lawmakers should invalidate the official results, GOP Sen. Lindsey Graham said, “Everything should be on the table.” DeSantis urged Pennsylvania and Michigan residents to call state lawmakers and urge them to intervene. “Under Article 2 of the Constitution, presidential electors are done by the legislatures and the schemes they create and the framework. And if there’s departure from that, if they’re not following the law, if they’re ignoring law, then they can provide remedies as well,"라고 말했다. Republican lawmakers, however, appear to be holding steady. “The Pennsylvania General Assembly does not have and will not have a hand in choosing the state’s presidential electors or in deciding the outcome of the presidential election,” top Republican legislative leaders, state Sen. Jake Corman, and Rep. Kerry Benninghoff, wrote in an October op-ed. Their offices said Friday they stand by the statement. The Republican leader of Wisconsin’s Assembly, Robin Vos, has long dismissed the idea, and his spokesperson, Kit Beyer, said he stood by that position on Thursday. In Michigan, legislative leaders say any intervention would be against state law. Even though the GOP-controlled legislature is investigating the election, state Senate Majority Leader Mike Shirkey told radio station WJR on Friday, “It is not the expectation that our analysis will result in any change in the outcome.” ___ Associated Press writers Scott Bauer in Madison, Wis., David Eggert in Lansing, Mich., Marc Levy in Harrisburg, Pa., Alanna Durkin Richer in Boston and Deb Riechmann in Washington, DC, contributed to this report.