Got 3 Seconds? Watch The Fastest Knockout Ever In Bare Knuckle Fighting Championship 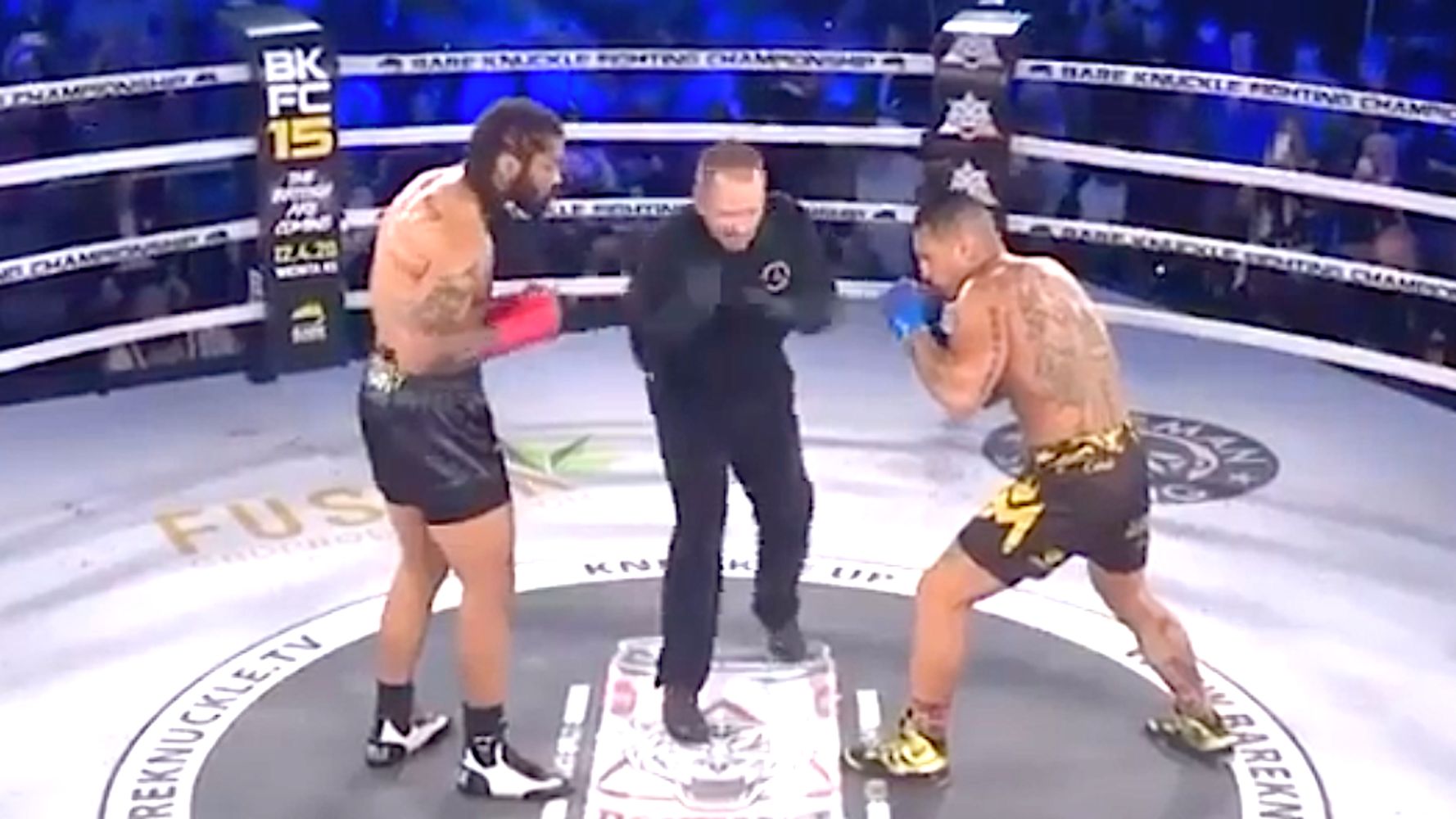 “Now that’s cutting to the chase. Ulysses “The Monster” Diaz knocked out Donelei Benedetto in 3 seconds during a Bare Knuckle Fighting Championship bout on Friday night. (See the video below.) Body language may have told the story before the BKFC match even began. Look at the two right before the round began. Who looks ready to fight? Instagram Donelei Benedetto (left) and Ulysses Diaz (right) square off seconds before their bout ended. Once the referee signaled the combatants to start, Diaz sprung into action. He flicked a jab at the retreating Benedetto and then unloaded a right hand that floored him. Diaz celebrated with a face-first leap over the rope. Benedetto was “OK” and was eating and drinking after the weekend fight in Miami, BKFC President David Feldman told HuffPost on Monday. Diaz set a BKFC record for fastest knockout ― and that time may be amended to an even quicker 2.2 seconds, Feldman added. View this post on Instagram A post shared by Ulysses Diaz (@uly_monster) In July 2019, Jorge Masdival scored a notably quick knockout in a UFC victory over Ben Askren. That took 5 seconds ― an eternity compared to Diaz’s official time. View this post on Instagram A post shared by Marius Dubai Personal Trainer (@mariusvarlan_ro)