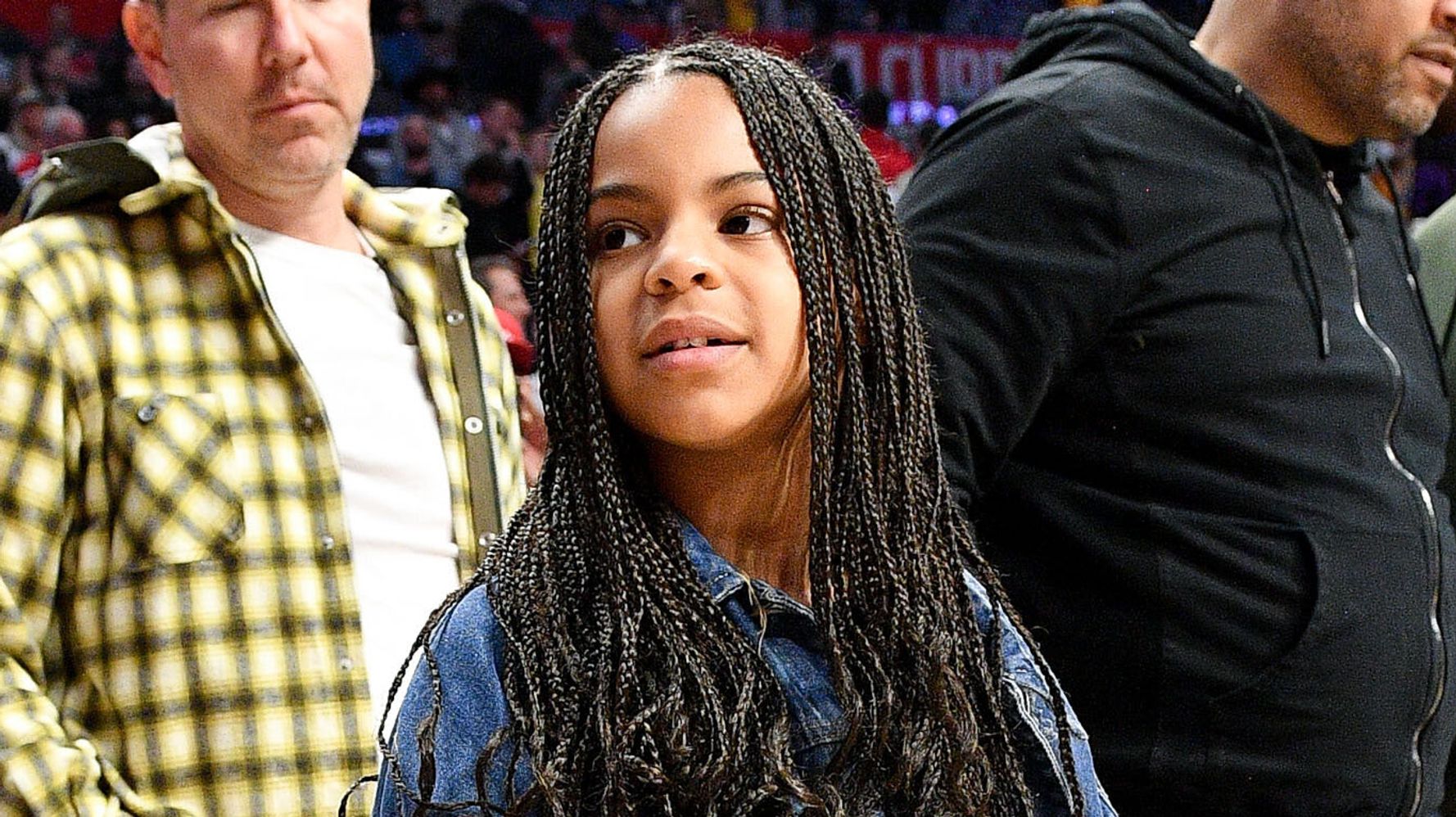 “Blue Ivy Carter seems just as booked and busy as her mom Beyoncé and dad Jay-Z. The 8-year-old daughter of the superstar couple has been tapped to narrate the audiobook adaptation of Matthew A. Cherry’s Oscar-winning short film “Hair Love,” described as an “ode to loving your natural hair ― and a celebration of daddies and daughters everywhere.”  The short film, written and directed by Cherry and featuring the voice acting of Issa Rae, follows a day in the life of Stephen, a Black father who learns how to do his 7-year-old daughter Zuri’s hair for the first time. The moving story celebrating self-love was published as a children’s book in May 2019 with illustrations by Vashti Harrison. On Monday, Cherry released a snippet of the audiobook, which is now available everywhere to listen, featuring an adorable introduction from Blue Ivy Carter herself. “Dreamscape presents ’Hair Love,′ by Matthew A. Cherry, narrated by Blue Ivy Carter,” she says in the short clip. https://t.co/MSZxGSkZJn pic.twitter.com/wQ8gWl30Oy— Matthew A. Cherry (@MatthewACherry) November 9, 2020 Despite her age, Blue Ivy is already building up quite the résumé by frequently collaborating with her parents on a variety of projects, most recently appearing in Beyoncé’s Disney+ film “Black Is King.”  Earlier this year, she became the youngest winner to score a BET trophy when she took home the HER Award for working on the single “Brown Skin Girl” from the “Lion King: The Gift” soundtrack with Beyoncé, SAINt JHN, and WizKid.  Blue Ivy picked up an NAACP award for the song at the ceremony in February, as well as a Soul Train Award in 2019.  She also has appeared on multiple Jay-Z tracks, including “Glory” and “Family Feud,” as well as on Beyonce’s “Blue” and her rendition of “Lift Every Voice and Sing” off her “Homecoming: The Live Album”  For “Hair Love,” Blue Ivy could be in contention for a Grammy in the Best Spoken Word Album category, but she’ll have to wait until the 2022 awards ceremony to know if she’ll have to make more room on her trophy shelf.  Reactions to her latest project quickly came pouring in, with Gabrielle Union, who produced the short film with husband Dwyane Wade, leading the praises.  This is the gift that just keeps on giving!! Being able to hear Blue Ivy give voice to this masterful story is so awesome. They try to bury us, not knowing we are seeds of strength and beauty. LOVE! 🖤🖤🖤🖤 #Hairlove https://t.co/ldS5I7OrQ3— Gabrielle Union (@itsgabrielleu) November 9, 2020 Blue Ivy at such a young age, faced so many attacks and comments about her hair from adults who should have known better. Even television stations like BET joined in publicly on the mockery. To have her narrate a story on “Hair Love” is just so fitting and perfect. ❤️ https://t.co/iPuSKhXakx— ✨Doreen✨ (@DoreenGLM) November 9, 2020 At age 8, Blue Ivy Carter manages t Beyoncé the legend Knowles Carter, has charted severally on Billboard charts, has won a plethora of awards, 1 millions monthly listeners on Spotify and is now a narrator of a critically acclaimed book. pic.twitter.com/C6SdSNfe2l— Mugiwara⁷ no Yoncé⁴🤴🏾🐝💜 (@mugiwaranoyonce) November 9, 2020 The thought of Blue getting a Grammy before some of your faves…. a moment most pleasing to me. https://t.co/qjgdggpEii— dripped out muppet (@sweatpantspapi) November 9, 2020 And who knows? If Blue Ivy ever catches the acting bug, she could lend her vocal chops to the animated series adaptation of the short film called “Young Love,” which is already in development at HBO Max. While the Carters are famously private when it comes to family matters, Beyoncé recently spoke about how she talks about the realities of the world to Blue, who she called a “very smart” little girl. “She is aware that there is a shift, but it is my job as a parent to do my best to keep her world as positive and safe as can be for an eight-year-old,” the superstar explained in British Vogue’s December cover story. “My best advice is to love them harder than ever. I let my children know that they are never too young to contribute to changing the world. I never underestimate their thoughts and feelings, and I check in with them to understand how this is affecting them.” Chris Pizzello/Invision/AP Beyonce, right, and her daughter Blue Ivy Carter arrive at the world premiere of \”The Lion King\” in 2019.