Hurricane Zeta Leaves Death And Destruction In Its Wake 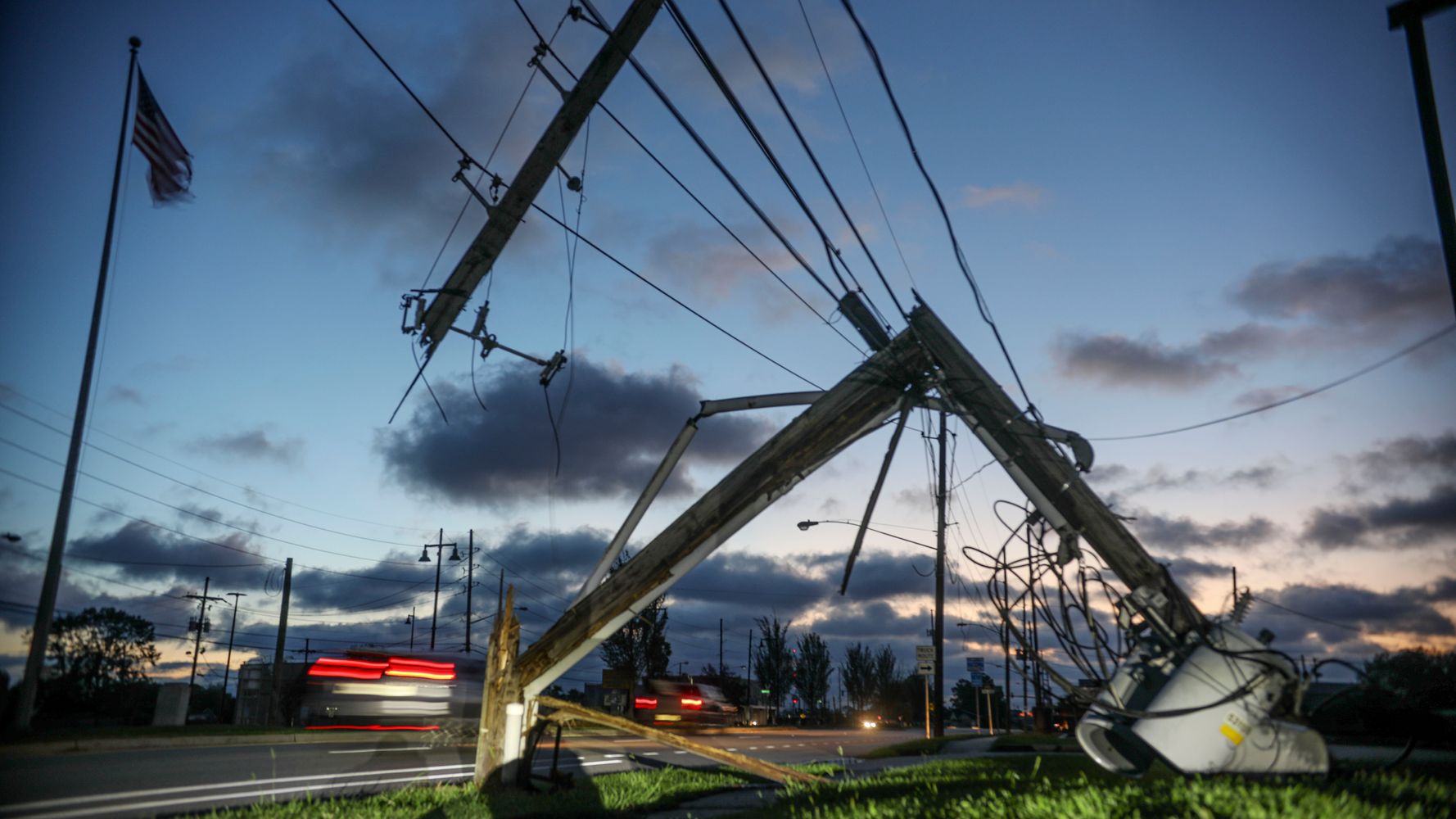 “NEW ORLEANS (AP) — Trees on top of buses and cars. Roofs ripped off homes. Boats pushed onto the highway by surging seawater. Hundreds of thousands of people left in the dark. The remnants of Hurricane Zeta were far from land over the Atlantic on Friday, but people across the South were still digging out from the powerful storm that killed six people. The wind effects of Zeta, which came ashore in Cocodrie, Louisiana, and barreled northeast, were felt all the way from the Gulf Coast to southern New Jersey. At the height of the outages, as many as 2.6 million people were without power across seven states from Louisiana to Virginia. Utility crews were out assessing the damage and fixing it. In Louisiana, one of the hardest-hit areas was Grand Isle, a barrier island community south of New Orleans. 정부. John Bel Edwards called the damage there “catastrophic” and ordered the Louisiana National Guard to fly in soldiers to assist with search and rescue efforts. Dodie Vegas, who with her husband owns Bridge Side Marina on Grand Isle, said damage was minimal at their waterside complex of cabins, campgrounds and docking facilities, but the rest of the island wasn’t so lucky. “As far as you can see, going down the island, the power lines are cracked in half,” she said by phone Thursday after riding out the storm with family. She described torn-off roofs and scattered debris: “The middle of the island looks like a bomb was dropped.” A man was electrocuted in New Orleans, and four people died in Alabama and Georgia when trees fell on homes, authorities said, including two people who were pinned to their bed. In Biloxi, Mississippi, a man drowned when he was trapped in rising seawater. Officials repeatedly stressed that the risks were not over — pointing out that fatalities often come after a storm has passed, from things like breathing toxic generator fumes or being electrocuted by downed power lines. Zeta was the 27th named storm of a historically busy year, with more than a month left in the Atlantic hurricane season. It set a new record as the 11th named storm to make landfall in the continental U.S. in a single season, well beyond the nine that hit in 1916. And the coronavirus pandemic has only made things more difficult for evacuees. “Our heart breaks because this has been a tough, tough year,” said Gov. Edwards, whose state has taken the brunt of the hurricanes. Every storm is different, and with Zeta the biggest threat was its winds. The hurricane intensified quickly and was just shy of a major, 범주 3 storm when it hit the Louisiana coast. The howling gale toppled trees and knocked limbs off stately oaks in New Orleans, and in Mississippi the storm surge whipped up by the winds tossed a shrimping boat into a front yard. Mayor Sheldon Day of Thomasville, Alabama, said hundreds of trees fell in roads and on homes, while some gas station canopies blew over. “At one point, every major thoroughfare was blocked by trees,” Day said. Many people were still assessing the damage. Keith Forrest of Bridge City, Louisiana, was launching a boat with his nephew in Lafitte, Louisiana, on Thursday to try to get to his fishing camp. “I got a phone call because the roof blew off one camp,” Forrest said. With just a few days until the Nov. 3 선거, there were concerns about whether the storm would impact voters’ ability to get to the polls. Far fewer early voters showed up after the storm in Pascagoula, Mississippi, a court clerk said, and power failures in two Georgia counties disrupted voting. In Louisiana, getting power back to polling centers was a priority as was letting voters know quickly if there were any changes to locations come Tuesday. In Georgia, a group of civil rights organizations asked the governor to extend early voting hours Friday. In the remote area of Plaquemines Parish, Louisiana, commercial fisherman Acy Cooper said his boats survived the storm. But without electricity, he feared operations could be shut down as long as two weeks. “Without no lights, none of the docks can work,"라고 말했다. “Everything’s automated now — the scales and the conveyors.” The heightened storm activity has focused attention on climate change, which scientists say is causing wetter, stronger and more destructive storms. And as bad as the 2020 hurricane season has been, it isn’t over. Forecasters said disturbed air off the northern coast of South America could become a tropical depression and head toward Nicaragua by early next week — a forecast not lost on Louisiana’s governor. “Let’s not pray it on anybody else,” Edwards said. “Let’s just pray it away from us.” ___ Amy reported from Atlanta. Associated Press contributors include Rebecca Santana in New Orleans, Ben Nadler in Atlanta, Stacey Plaisance in Marrero, Louisiana; Gerald Herbert in Lakeshore, Mississippi; Jay Reeves in Birmingham, Alabama; Denise Lavoie in Richmond, 여자 이름; Melinda Deslatte in Baton Rouge, Louisiana; Seth Borenstein in Kensington, Maryland; Skip Foreman in Winston-Salem, North Carolina; Leah Willingham in Jackson, Mississippi; Jeff Martin in Marietta, 그루지야; Sophia Tulp and Desiree Mathurin in Atlanta.