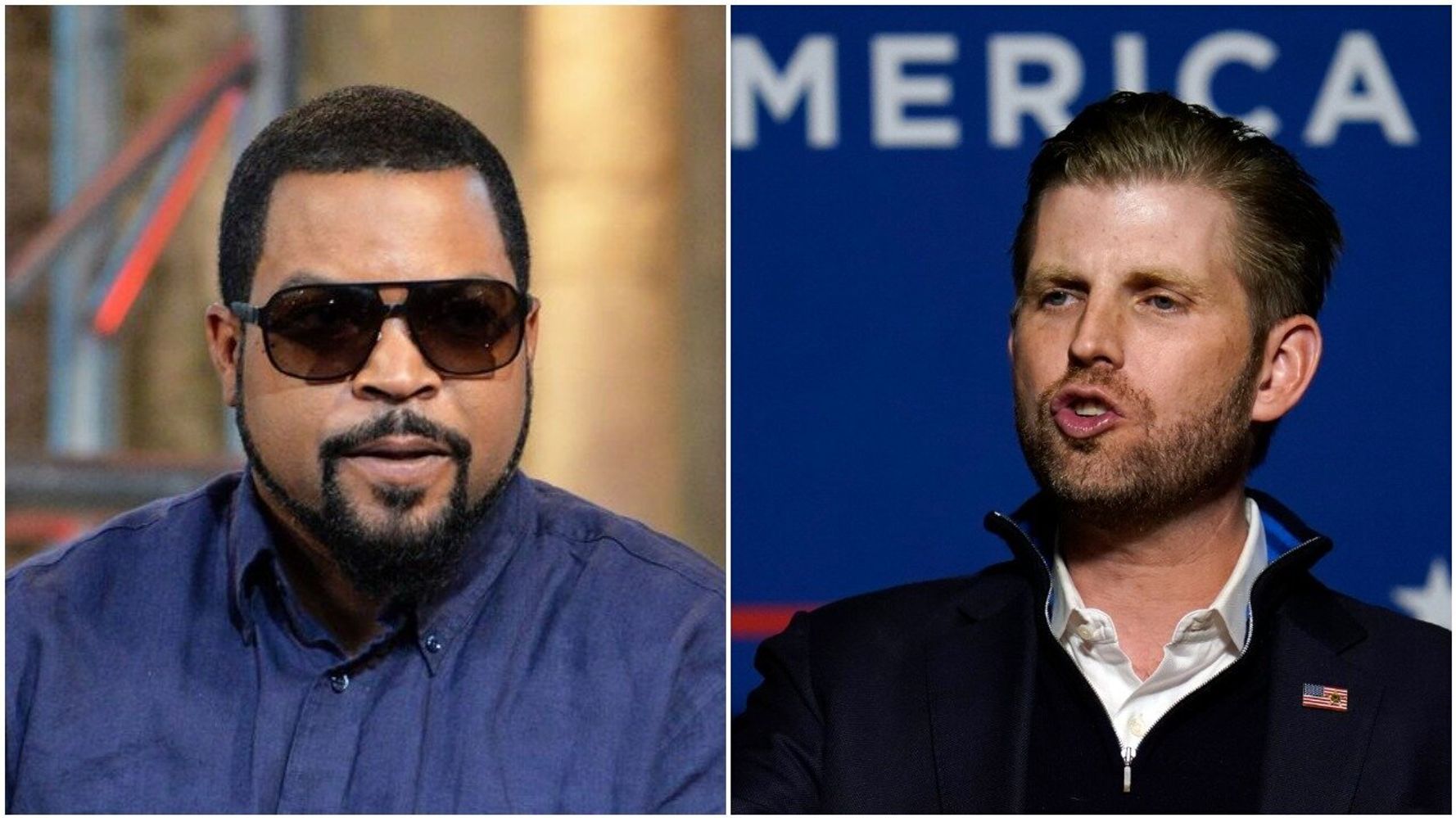 “Ice Cube may be working with President Donald Trump on a “Contract with Black America,” but don’t call it an endorsement. Eric Trump learned that lesson the hard way on Tuesday after posting a manipulated photo showing Ice Cube and fellow rapper 50 Cent wearing hats bearing the “Trump 2020” logo. The post came a day after 50 Cent announced he was voting for Trump even though the president “doesn’t like black people,” due to Joe Biden’s tax plan. But while Ice Cube said he is willing to work with whichever party is in power, he wasn’t happy when Trump’s second born son tried to turn that into an endorsement by tweeting this now-deleted manipulated photo. Twitter Eric Trump posted a fake photo showing Ice Cube and fellow rapper 50 Cent wearing “Trump 2020” hats on Tuesday. The photo wasn’t legit, as BuzzFeed media editor Craig Silverman pointed out. The other day it was a false claim about Biden owning a home he sold many years ago. Today, Eric Trump shares an obviously photoshopped pic of two rappers in Trump hats. Things will continue to get dumber. pic.twitter.com/EfAW03henG— Craig Silverman (@CraigSilverman) 十月 20, 2020 Ice Cube had a strong reaction to the tweet: Nigga please… https://t.co/1oPGAmzgvQ— Ice Cube (@icecube) 十月 20, 2020 So far, 50 Cent hasn’t commented on the now-deleted photo.