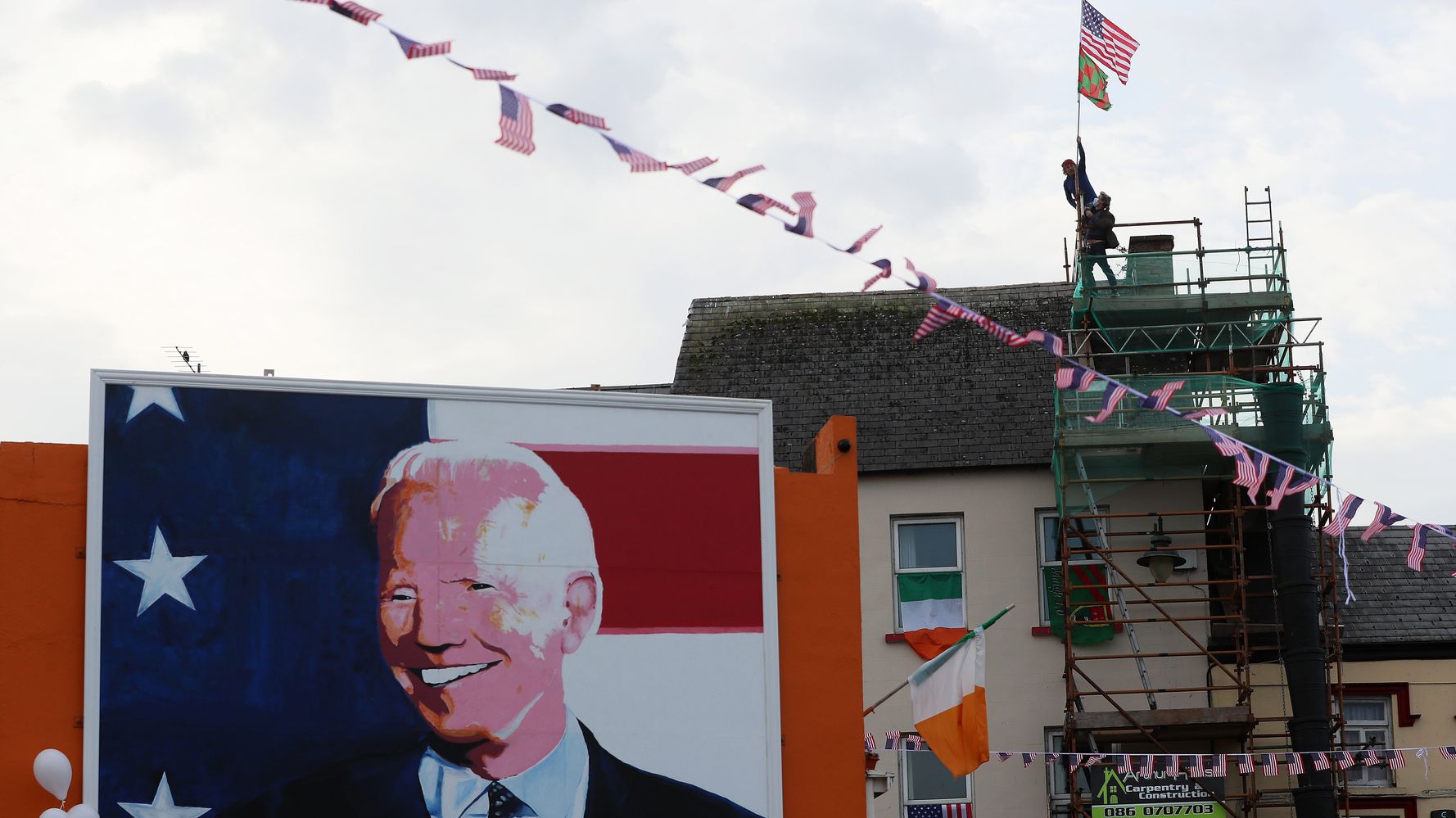 “A BBC video clip of Joe Biden jokingly embracing his Irish roots went viral Saturday as news of the president-elect’s victory garnered cheers from Biden’s fanbase in both the U.S. and Ireland. The clip was part of a BBC broadcast announcing Biden’s victory, which included a supercut of scenes from the campaign trail, from his earlier bids for president in 1987 en 2008 and from his tenure as vice president under Barack Obama. “Mr. Biden, a quick word for the BBC,” BBC’s New York correspondent Nick Bryant can be heard asking. “The BBC?” the president-elect said before responding with a smile: “I’m Irish.” The exact date of the clip is unknown, but the lack of face masks suggested that it was archival footage. Nevertheless, it quickly went viral on Twitter. Irish voices praised the president-elect as “relatable,” and some speculated on what a Biden presidency would mean for U.S. relations with Ireland and the U.K., which is in the throes of Brexit. \”A quick word for the BBC?\”\”The BBC? I’m Irish.\” https://t.co/GtJ5It4KE0— Nick Bryant (@NickBryantNY) November 7, 2020 “I’m Irish”. The 46th #POTUS just put a smile on the face of 7m people back in the ‘auld country’. Move over @NickBryantNY. Cue @BrianOD_News. #Election2020. https://t.co/FuwMwIcBLn— Jon Williams (@WilliamsJon) November 7, 2020 Biden is literally me any time I’m abroad and someone asks where in the UK I’m from pic.twitter.com/ERceMwZMdt— Steven (@Steven_Armour) November 7, 2020 As Joe Biden walks through a crowd a reporter asks, \”Do you have a comment for the BBC Mr Biden?\”\”The BBC?\” asks Biden, smiles then says, \”I’m Irish\” before turning and walking away.It’s going to be a very different presidency.#Ireland 🇮🇪🇺🇲 pic.twitter.com/gopX9YMMEd— Dr Paul Monaghan (@_PaulMonaghan) November 7, 2020 Biden’s \”I’m Irish\” quip, was a well considered ‘shot across Johnsons bow’. The deceptive smile, was a dire warning to Johnson, don’t go there & don’t play with Ireland anymore. These days are over….!— GreyPict (@GreyPict) November 7, 2020 British politician and leader of the Brexit movement, Nigel Farage, was quick to weaponize the video for his own purposes. Farage — a friend of president Donald Trump who supposedly placed a £10,000 bet on Trump remaining in the White House — insinuated that “Biden hates the U.K.” and that Britain’s Conservative Party would fail to accomplish much with Biden as the U.S. president. As you can see from this clip, Biden hates the UK. The Conservatives had 4 years to do a trade deal with the USA and pro-UK President, and they failed. There is no chance now. pic.twitter.com/LjOSS8saz5— Nigel Farage (@Nigel_Farage) November 7, 2020 Ireland’s taoiseach (prime minister), Micheál Martin, did not comment on the video, but he was among many world leaders who offered congratulations to both Biden and Vice President-elect Kamala Harris. “Joe Biden has been a true friend of this nation throughout his life,” Martin said. I want to congratulate the new President Elect of the USA @JoeBiden Joe Biden has been a true friend of this nation throughout his life and I look forward to working with him in the years ahead. I also look forward to welcoming him back home when the circumstances allow! 🇮🇪 🇺🇸— Micheál Martin (@MichealMartinTD) November 7, 2020 I also wish to congratulate Vice President Elect @KamalaHarris and recognise the huge significance of her election for so many people. Vice President Elect Harris & President Elect Biden will make a very formidable team.— Micheál Martin (@MichealMartinTD) November 7, 2020 Biden’s Irish family roots can be traced back to Counties Louth, Derry and Mayo, and the president-elect has readily embraced his heritage in the past and fondly quoted the words of Irish poet Seamus Heaney during his Democratic Party nomination acceptance speech. When news of Biden’s victory hit the town of Ballina — located in Ireland’s County Mayo and the hometown of the president-elect’s great-great-great-grandfather — revelers celebrated in the streets. Brian Lawless – PA Images via Getty Images Residents of Ballina, Ireland, celebrate in the ancestral home of President-elect Joe Biden. 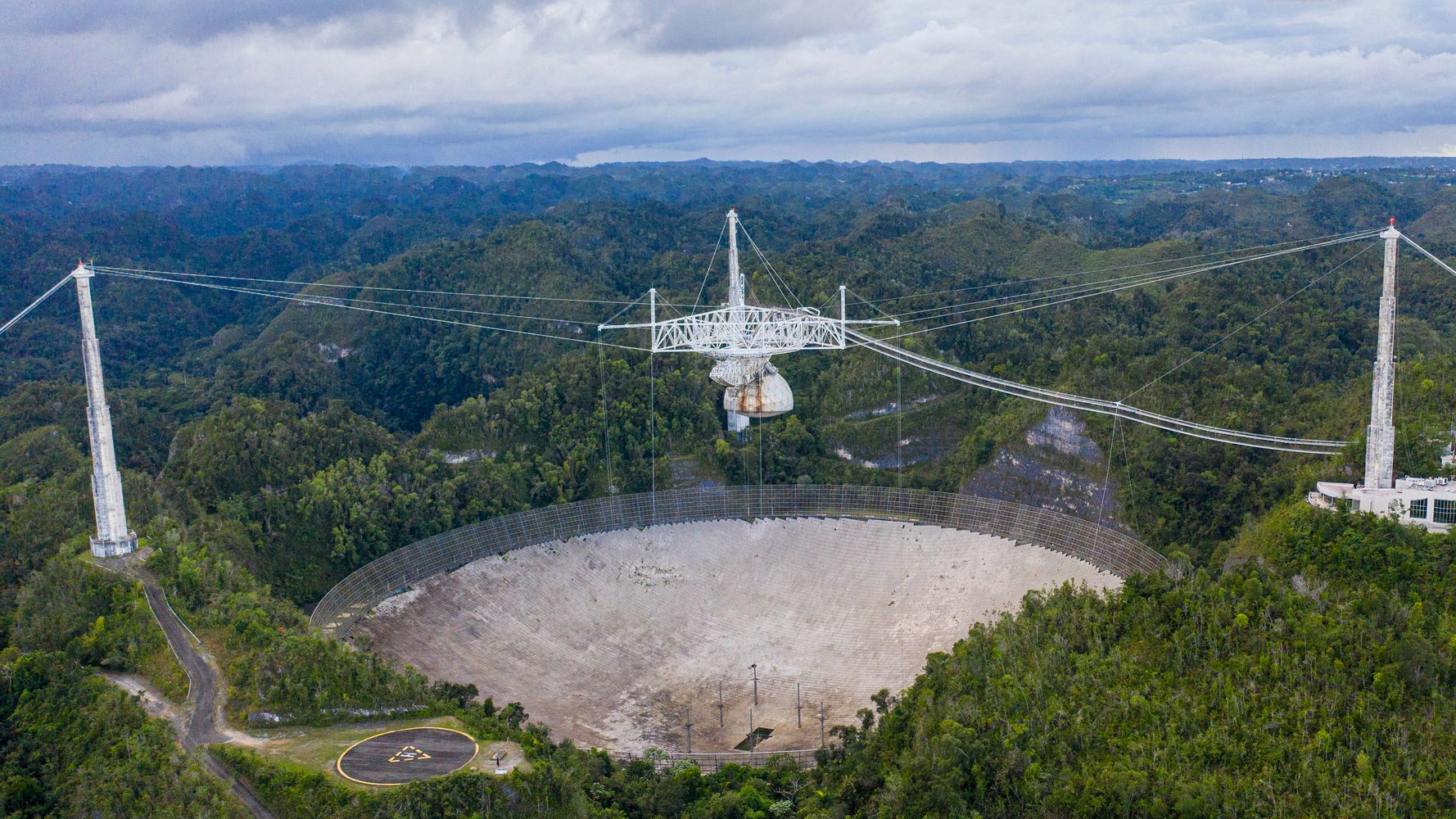 ["Die VSA. National Science Foundation released dramatic footage Thursday of the Arecibo Observatory’s collapse in Puerto Rico earlier this week. The footage, captured both from the ground and via drone, shows support...