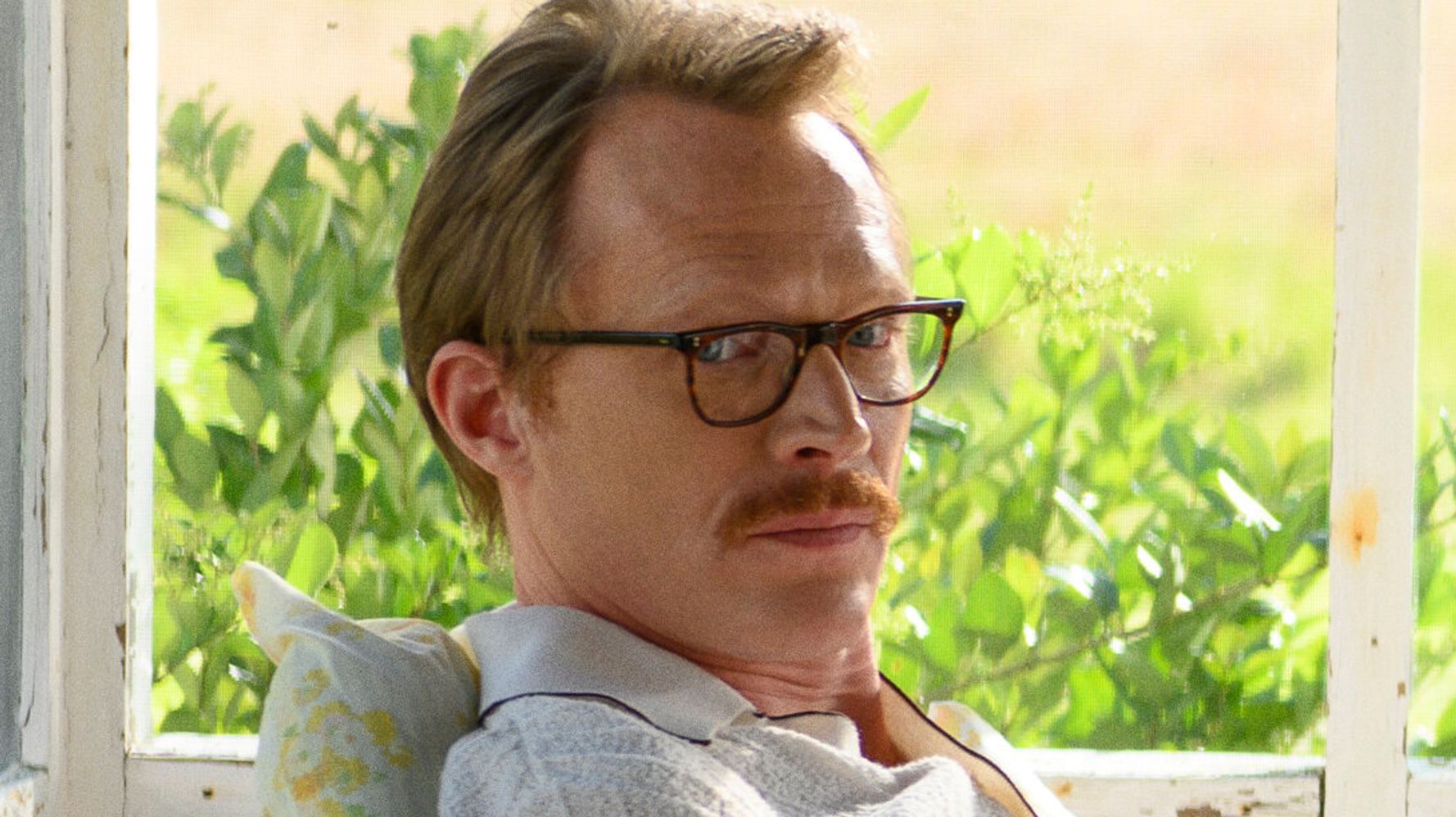 “Alan Ball won an Oscar for his original screenplay of “American Beauty” and has established himself as a prestige television visionary with “Six Feet Under” and “True Blood.” His new Amazon Prime film, however, affords him an opportunity his earlier work did not: the chance to revisit ― and subsequently reimagine ― his own family history.  Written and directed by Ball, “Uncle Frank” follows Beth Bledsoe (played by Sophia Lillis), a young woman eager to escape small-town South Carolina in the early 1970s. She finds a kindred spirit in her uncle Frank (Paul Bettany), a New York University professor whose thoughtful demeanor and smart fashion sense set him apart from the rest of the Bledsoe clan, including his macho father (Stephen Root). When Beth arrives in New York to attend college, she learns that Frank is gay and in a committed relationship with Wally (Peter Macdissi, who is Ball’s real-life partner), a Saudi Arabian expat.  An unexpected tragedy, however, soon prompts Frank and Beth to return to their hometown. Once there, he’s forced to drop the longstanding facade among loved ones and confront emotions he’d suppressed for decades.  Catch a sneak peek at “Uncle Frank” via the clip above.  Brownie Harris/Amazon Studios Written and directed by Alan Ball, \”Uncle Frank\” debuts Nov. 25 on Amazon Prime.  Ball, a Georgia native, based the screenplay for “Uncle Frank” on a conversation he’d had with his mother 30 years ago, shortly after he came out as gay.  “She said, ‘I blame your father because I think he was that way, too,’” Ball told HuffPost in an interview. “I’ll never know if that’s true because] my dad had already died at that point. But the next day, we were driving around and passed this lake, and my mom said, ‘That’s where Sam Lassiter drowned.’ And I said, ‘Who is Sam Lassiter?’ And she said, ’He was a real, real, real good friend of your daddy.”  At that point, Ball recalled, “I had this sort of ‘what if’ moment. What if that were true? What might their story have been?” To modern audiences, Bettany is best known as a Marvel Cinematic Universe stalwart, thanks to performances in “Iron Man” and “The Avengers,” as well as their subsequent followups. But it was his work in 2018’s “Journey’s End,” in which he portrayed a World War I soldier awaiting a deadly offensive, that convinced Ball the actor was a good fit for “Uncle Frank.”  Taylor Jewell/Invision/AP Ball (rear left) with \”Uncle Frank\” stars Peter Macdissi, Sophia Lillis and Paul Bettany.  Like Ball, Bettany had a familial connection to the “Uncle Frank” narrative. In interviews, the actor has cited his father’s late-life decision to live openly as a gay man, only to renounce his sexuality before his death, as an inspiration for his performance. Still, his casting is likely to be scrutinized given that the actor, who is married to “A Beautiful Mind” star Jennifer Connelly, isn’t gay himself. Though Ball views the push to cast LGBTQ actors in queer roles as valid, he said he couldn’t imagine anyone except Bettany playing Frank.  “His character in ‘Journey’s End’] was imbued with such dignity, decency and compassion, and I knew I wanted those qualities for Frank,” Ball said. “Also, Paul’s father was gay. He had a 20-year relationship with another man, and when that man died, he went back into the closet. “So, for Paul, it was also a chance to do a ‘what if’ story about his own father,” Ball added. “He understood how early trauma in life can affect somebody.” Brownie Harris/Amazon Studios \”It’s not just about coming out, it’s about confronting the past,\” Ball said of his film. \”I don’t see a lot of stories about people overcoming trauma.\”  “Uncle Frank” had its world premiere at the Sundance Film Festival in January and was aiming for a theatrical release before COVID-19 was declared a pandemic. The movie, which also stars Judy Greer and Margo Martindale, debuted to mostly positive reviews, with Bettany’s performance cited as a career best.   Ultimately, Ball would like “Uncle Frank” to impart an overriding “message of hopefulness, acceptance and coexistence” that can be read as an antidote to the tumult of 2020.  “I wanted to make a movie that was a gay love story with a middle-aged couple where nobody had to die,” Ball said. “It’s not just about coming out, it’s about confronting the past. I don’t see a lot of stories about people overcoming trauma. That’s always of interest to me.”  “Uncle Frank” will debut on Amazon Prime Nov. 25.