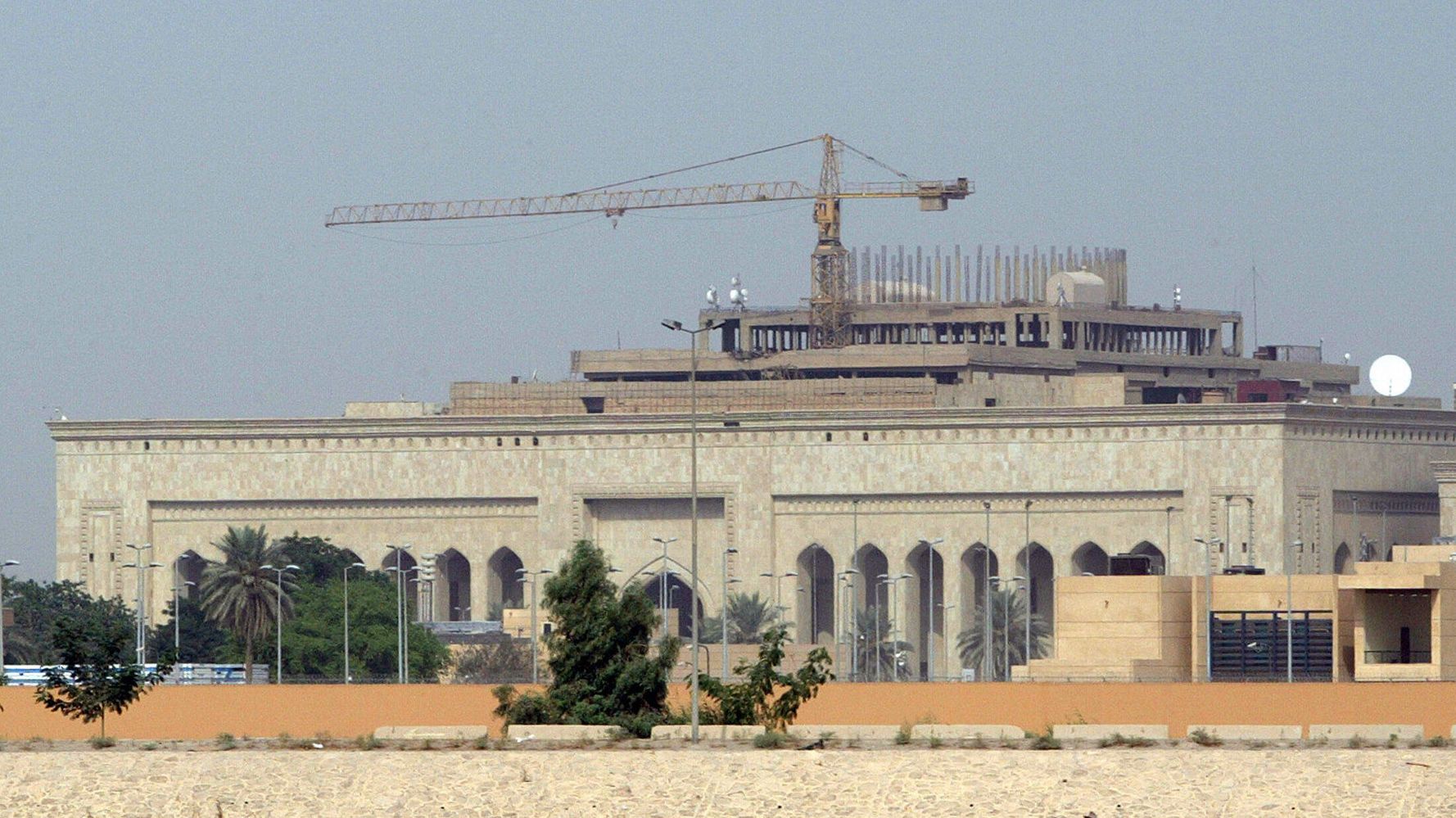 “BAGHDAD (AP) — Rockets struck Iraq’s capital Tuesday with four landing inside the heavily fortified Green Zone, Iraq’s military said, killing a child and wounding at least five people, signaling an end to an informal truce announced by Iran-backed militias in October. Two Iraqi security officials said one of the rockets that hit the Green Zone struck close to Iraq’s National Security Service, just 600 meters (2,000 feet) from the American Embassy. Some of the rockets were intercepted by the C-RAM air defense system installed by the U.S. earlier this year, they said. Iraq’s military said three rockets landed outside the Green Zone, one hitting close to Baghdad Medical City hospital, one at the gate of a public park, and a third exploded in the air. One child was killed and five civilians were wounded, the military statement said. Officials said two Iraqi security forces personnel were also wounded inside the Green Zone. They spoke on condition of anonymity in line with regulations. There was no immediate claim of responsibility. The military said the incident would not go without “prosecution and accountability.” U.S. troops invaded Iraq in 2003 and left in 2011 but returned in 2014 after the Islamic State group overran large parts of Iraq. Frequent attacks targeting the U.S. Embassy and vehicles transporting equipment for U.S. troops have led Washington to threaten to close its Baghdad diplomatic mission and sparked a diplomatic crisis prior to the U.S. Elezioni presidenziali. The attack comes after a recent announcement by the Pentagon that it would reduce troop levels in Iraq from 3,000 a 2,500. In mid-October, Iran-backed, mostly Shiite, militia groups said they would temporarily halt attacks targeting the American presence in Iraq, including the embassy. That came with the condition that U.S.-led coalition troops withdraw from the country in line with a non-binding resolution passed in the Iraqi Parliament in January. The resolution was passed by mostly Shiite lawmakers and urged the government to take action and expel U.S.-led coalition troops from the country. The resolution followed the Washington-directed airstrike that killed top Iranian Gen. Qassim Soleimani, the head of Iran’s elite Quds Force, and powerful Iraqi militia leader Abu Mahdi al-Muhandis, outside Baghdad airport. NOI. officials, supportive of withdrawals in principle, have insisted they take place based on a scheduled timeline. Most Iraqi government officials agree with a gradual drawdown and face pressure from Iran-aligned groups who prefer an immediate exit. A planned drawdown has been underway in Iraq for months, with coalition troops withdrawing from several Iraqi bases. Iraqi forces have increasingly been conducting anti-Islamic State operations without U.S. assistance, triggering the coalition to begin a scheduled drawdown in March that was conceived late last year. Assistance has become increasingly limited to high-level capabilities that Iraqi security forces lack, such as surveillance and air support.