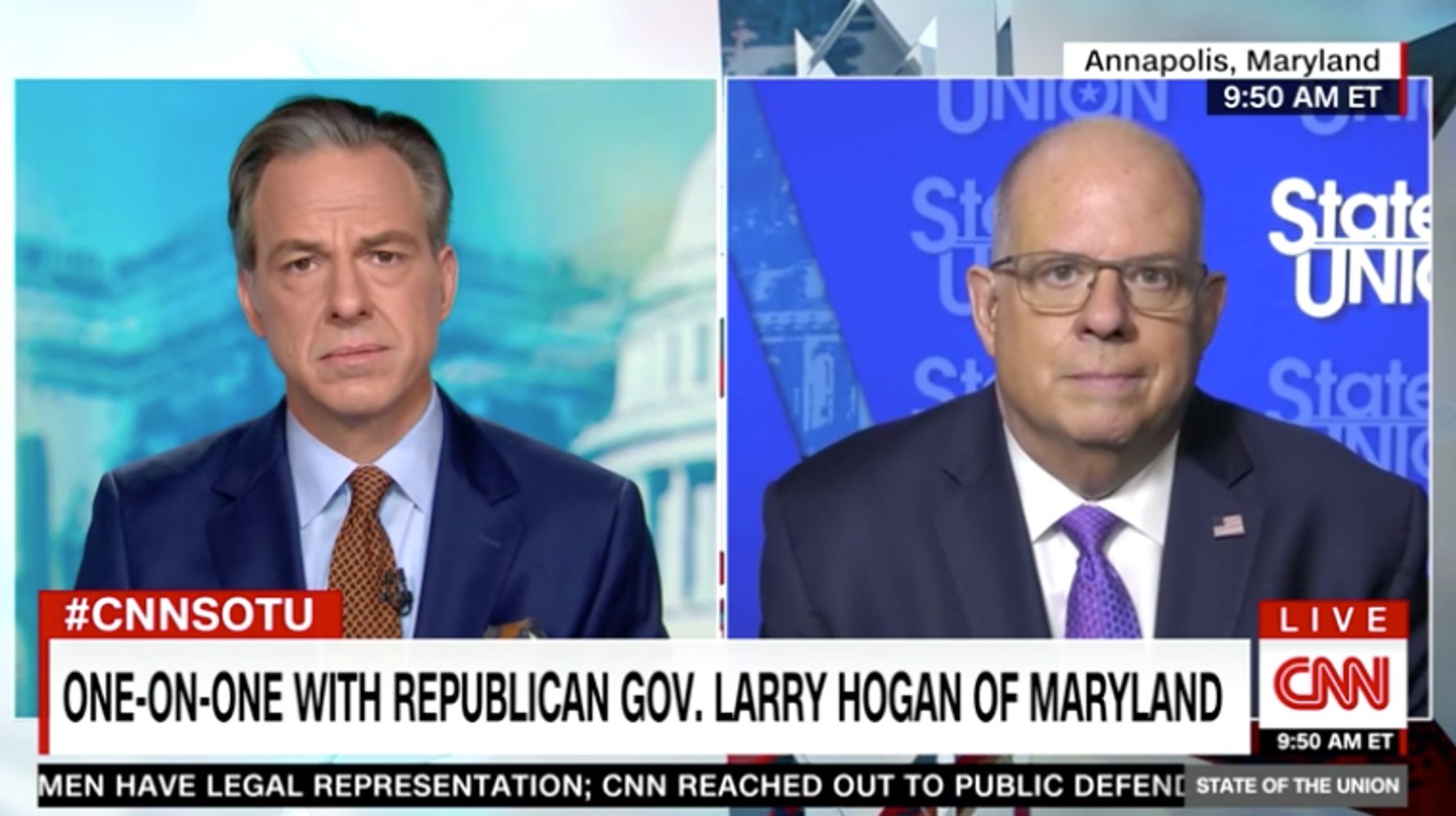 “CNN anchor Jake Tapper did not mince words Sunday in his assessment of how the Republican party is handling President Donald Trump’s election loss. The “State of the Union” host discussed the result with Maryland Gov. Larry Hogan, one of the few Republican officials to congratulate President-elect Joe Biden. “As an American citizen, it’s really disappointing. Not you, but your party’s leaders are acting like babies,” Tapper told his guest. “You lost the election. Congratulate the president-elect.” Hogan said he had always felt that America’s democracy was more important than any one person or election. “While I understand the disappointment and frustration from a lot of people that didn’t get the outcome they were hoping for, the most important thing is that we respect our democratic process,” he said. “And we always have had for 200 years a peaceful transition of power, and hopefully we’re going to get there, Jake.” Sen. Mitt Romney (R-Utah), Sen. Lisa Murkowski (R-Alaska), Massachusetts Gov. Charlie Baker and Vermont Gov. Phil Scott are among the sitting Republican officials who have publicly extended congratulations to Biden. Maryland Gov. Larry Hogan, a Republican, said he hopes that President Trump will “do the right thing in the end” and concede the election to President-elect Joe Biden. https://t.co/X8huDffAHh #CNNSOTU pic.twitter.com/i1AxNHPg9P— State of the Union (@CNNSotu) 십일월 8, 2020 Trump himself has refused to concede the election, even after all major networks projected Biden as the winner and U.S. lawmakers and world leaders acknowledged Biden’s win. He has instead assaulted the integrity of the election, spewed baseless conspiracy theories about electoral fraud and initiated a series of legal challenges to contest the results. Hogan, who often spoke out against the president in the past, is one of only a handful of Republicans to criticize Trump’s behavior. He was asked if he was disappointed in his colleagues ― such as Sens. Lindsey Graham (R-S.C.) and Ted Cruz (R-Texas) ― who have not only refused to congratulate the winner, but also stand behind Trump’s actions. “I think history will judge who’s on the right side of that argument,” Hogan said. “I wasn’t a supporter of Joe Biden’s, but I am a supporter of the Democratic process and the way we have always conducted our elections.” “I think some of them are making a mistake. Hopefully that will change in the next couple of days as we get the last three states in,” he said, adding the he believes Biden’s lead may further increase in that time.