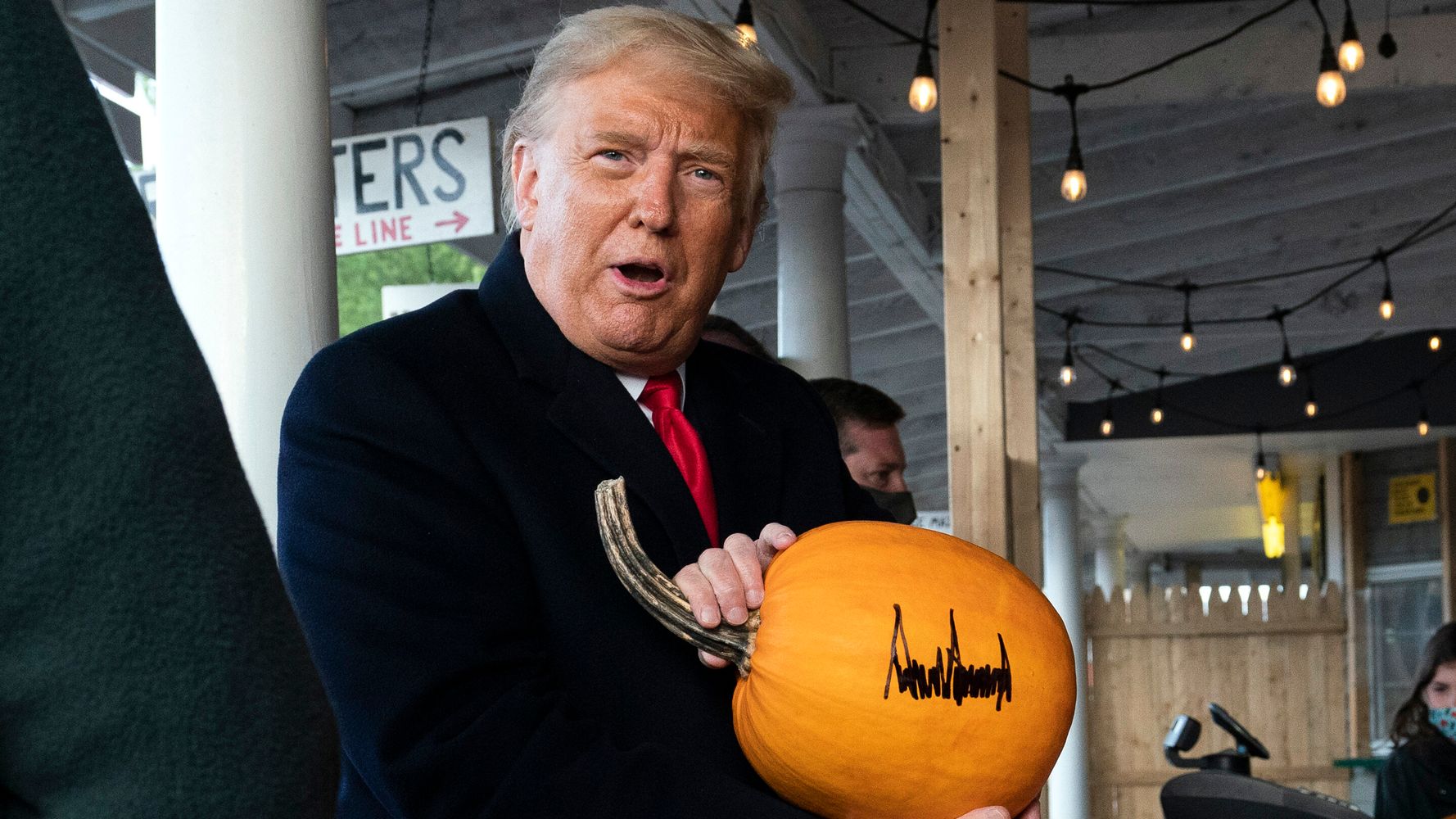 “James Corden pointed out the problem with President Donald Trump’s pumpkin-signing technique. Trump autographed a pumpkin while campaigning at an orchard in Maine on Sunday. Corden on Monday first wanted to know why anyone would sign a pumpkin at all. “The Late Late Show” host then asked: “Who signs a pumpkin horizontally?” ASSOCIATED PRESS President Donald Trump signed a pumpkin during a visit to an orchard in Maine on Sunday. Corden also suggested why Vice President Mike Pence wasn’t in attendance. Check out the video here: