“Jared Kushner, President Donald Trump’s adviser and son-in-law, was called out on social media on Monday for the racist comments he made while standing outside the White House.  During an interview with Fox News, Kushner said Black Lives Matter protesters were just “virtue signaling” after the police killing of George Floyd in May.  “They’d go on Instagram and cry,” he said.  Then, Kushner suggested that Black people in America ― who are “mostly Democrat” ― have to want to be successful. “President Trump’s policies are the policies that can help people break out of the problems that they’re complaining about,” he said. “But he can’t want them to be successful more than that they want to be successful.” That, critics noted, was a nod to racist stereotypes and Twitter users weren’t having it:  Jared Kushner is the face of white privilege and nepotism. He doesn’t want to change our racist, broken system because he benefits from it. He’s the last person that should be lecturing the Black community on the value of “hard work.” https://t.co/KyuTgPZv9a— Rep. Barbara Lee (@RepBarbaraLee) October 26, 2020 I see Jared Kushner is letting his Klan flag fly today. Institutional power hinders the Black community not will power. We can’t just will our way into being born to a billionaire like you were Jared. Everything you got is from nepotism not from merit and you still ain’t shit! https://t.co/9ImopMGJcT pic.twitter.com/xs8o7gPdbR— BlackWomenViews Media (@blackwomenviews) October 26, 2020 Oh. Trust fund baby slumlord Kushner who has enriched himself in the WH takes the silver spoon out of his mouth long enough to insert his foot with a racist trope about Black people and success. 🙄 https://t.co/rMN01O9WQm— Rep. Gwen Moore (@RepGwenMoore) October 26, 2020 Dear #JaredKushner ,You say “Blacks don’t want to be successful?” My enslaved grandfather fought for his country in the Civil War, led a strike for fair wages in 1876, & died a success—in poverty. Your ancestors left you wealth, mine left us a nation. pic.twitter.com/cyE4NaIgmi— 𝐑𝐞𝐯. 𝐂𝐨𝐫𝐧𝐞𝐥𝐥 𝐖𝐢𝐥𝐥𝐢𝐚𝐦 𝐁𝐫𝐨𝐨𝐤𝐬 (@CornellWBrooks) October 26, 2020 I don’t wanna hear any of y’all tell me that Jared Kushner can’t be a racist because he’s Jewish.He’s a white supremacist. Case closed.— Bishop Talbert Swan (@TalbertSwan) October 26, 2020 JARED KUSHNER WAS BORN INTO A RICH FAMILY WHO GAVE HIM EVERYTHING HE COULD POSSIBLY NEED TO BE SUCCESSFUL AND STILL… STILL HIS DADDY HAD TO BRIBE JARED’S WAY INTO HARVARD!He is not a success. He is a lucky sperm. https://t.co/n57OIktFft— W. Kamau Bell (@wkamaubell) October 26, 2020 Jarred, you said the quiet part out loud. https://t.co/gIpbSIVAKV— George Takei (@GeorgeTakei) October 26, 2020 If it weren’t for nepotism, @jaredkushner would be Jared, the creepy north Jersey accountant with a weird voice who isn’t terribly good at math, but sure, tell me again about how to be successful . https://t.co/uf3afDALCV— Franklin Leonard (@franklinleonard) October 26, 2020 I really hate Jared Kushner is even a thing.We are forced to pay attention to what he says because he exerts influence in spaces that, like most of his colleagues, he is completely unqualified to occupy.But “Black folks don’t want success” is a common narrative. So…— brittany packnett cunningham. (@MsPackyetti) October 26, 2020 Jared Kushner wants to distract white voters with images of “complaining” and “lazy” Black people so they won’t vote to make billionaires like the Kushners pay their fair share in taxes.Our country will be truly great only when we put an end to their divide-and-conquer tactics. https://t.co/GPRm2ioC2E— Jamaal Bowman (@JamaalBowmanNY) October 26, 2020 Trump’s son-in-law Jared Kushner was born into wealth and got a job in Trump’s White House with no qualifications and no security clearance.Yet he has the audacity to lecture Black people that we just complain and don’t want to be successful.This racist family must go! https://t.co/6yVILpR8L4— Keith Boykin (@keithboykin) October 26, 2020 \”Ah that classic racist trope. Black people have to try harder, says the man who has his job in the White House only because he married the president’s daughter.\”My bit on tonight’s @MehdiHasanShow, deconstructing Jared Kushner’s car crash Fox interview:pic.twitter.com/Er806uhobf— Mehdi Hasan (@mehdirhasan) October 27, 2020 Ah yes, Trump’s 39 year-old ghoulish son-in-law on TV spouting casual racism & the \”bootstrap\” myth 8 days before the election.\”He can’t want them to be successful more than they want to be successful.” – Jared Kushner on Trump and the Black community pic.twitter.com/UAKHJX2pWH— Padma \”Did You Vote Yet?\” Lakshmi (@PadmaLakshmi) October 26, 2020 Damn you, Jared Kushner. I had planned to devote my next column to the new Bruce Springsteen album. A nice, peaceful change of pace. Instead, now I’ve got to spend it tearing you a brand new orifice.https://t.co/QS99B16jdE— Leonard Pitts, Jr. (@LeonardPittsJr1) October 26, 2020 Jared Kushner told Black Americans that Trump was delivering for them if only they would stop “complaining.”One thing that’s clear is that Trump has delivered for Kushner. He’s delivered him wealth, political power and access to top secret intelligence.https://t.co/JmtVxp7NbA— Citizens for Ethics (@CREWcrew) October 26, 2020 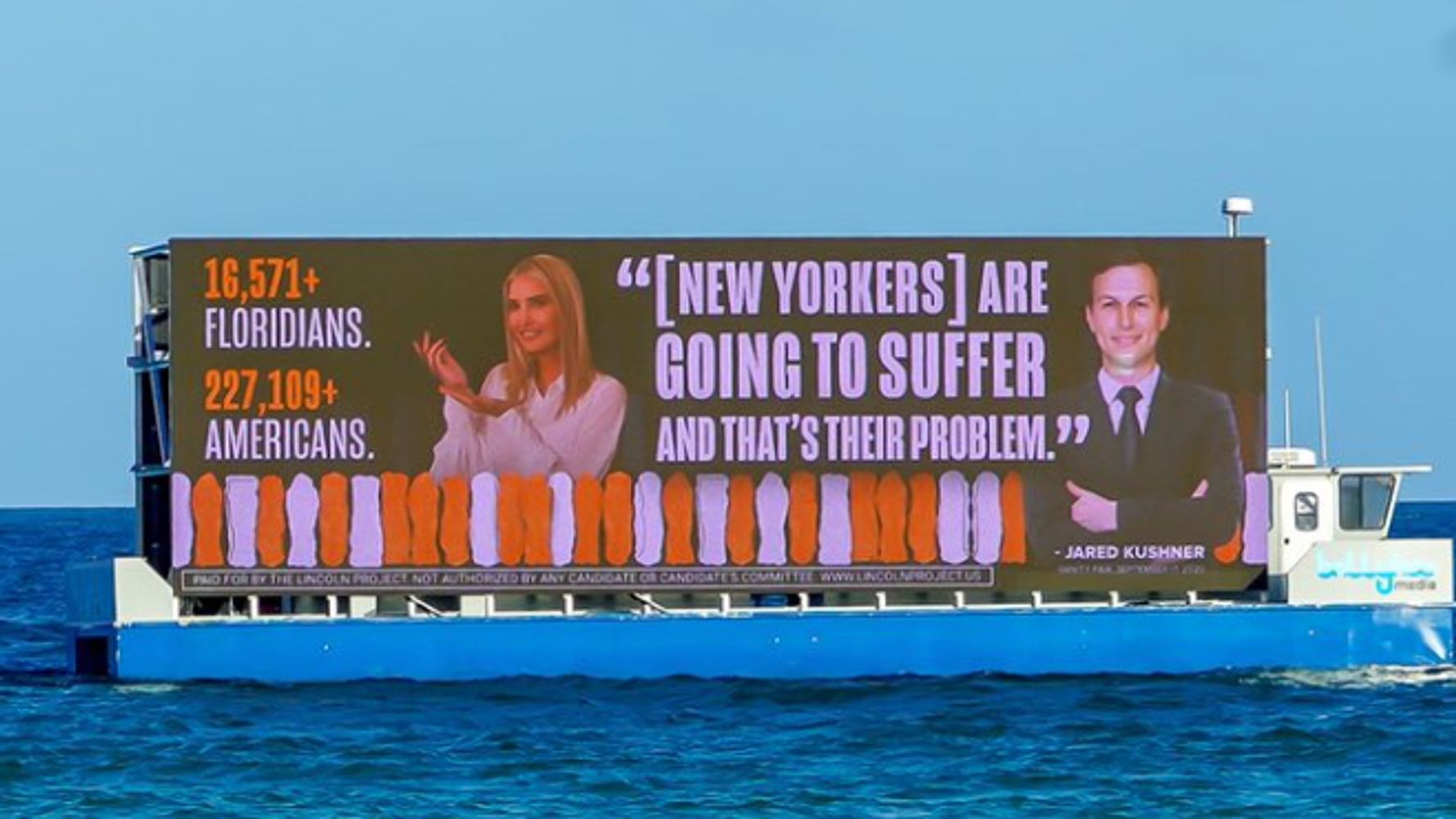 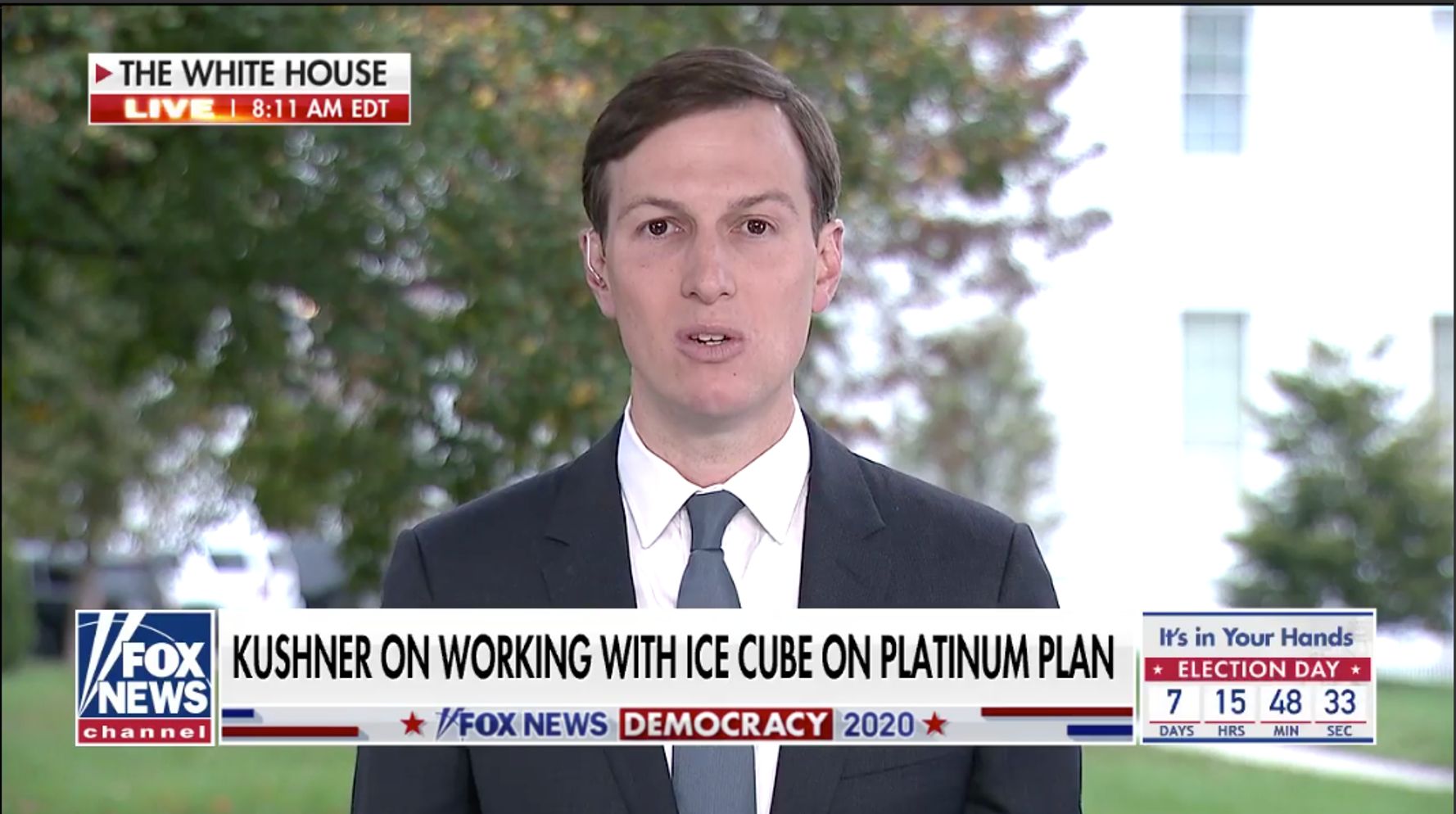 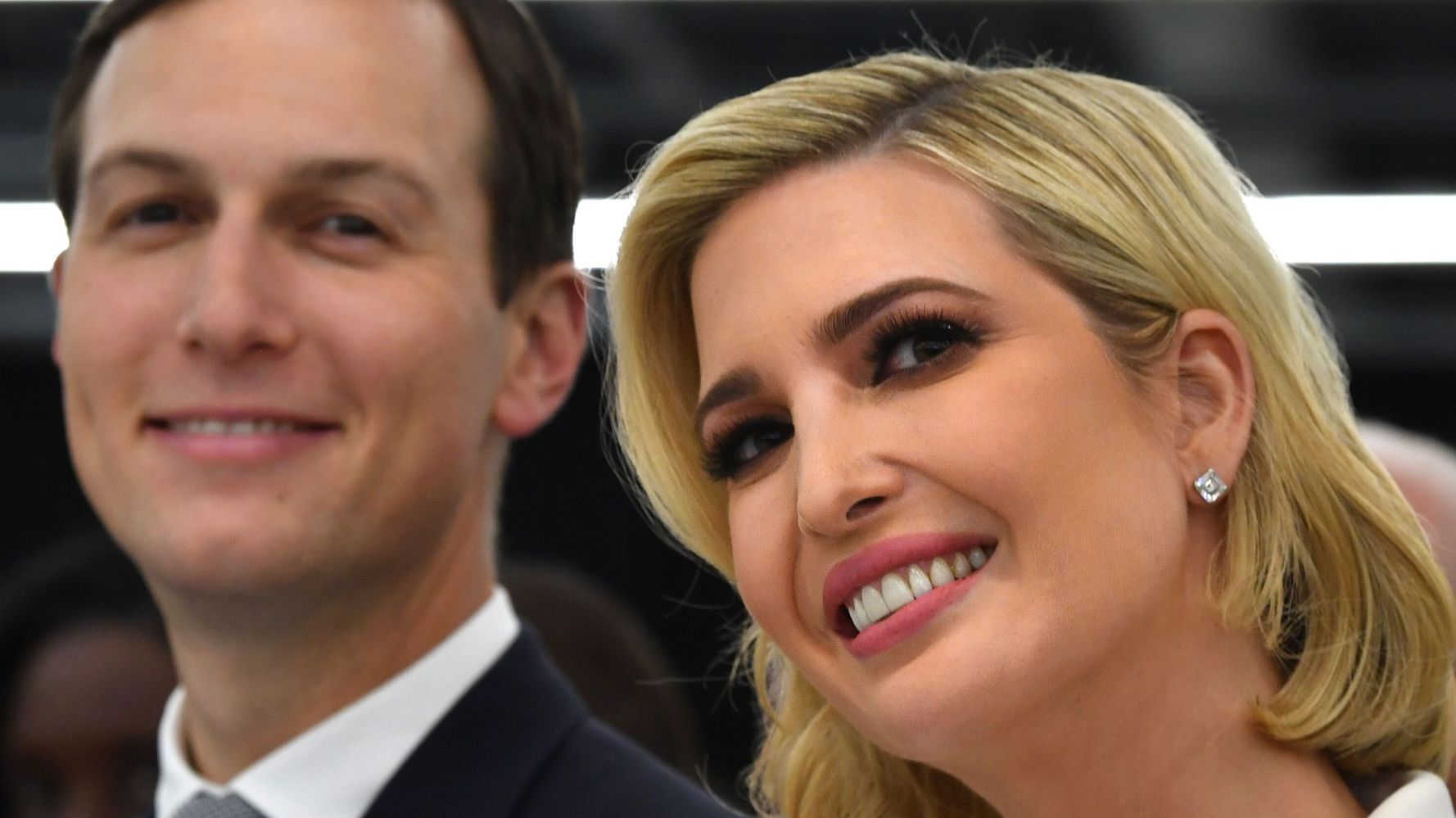