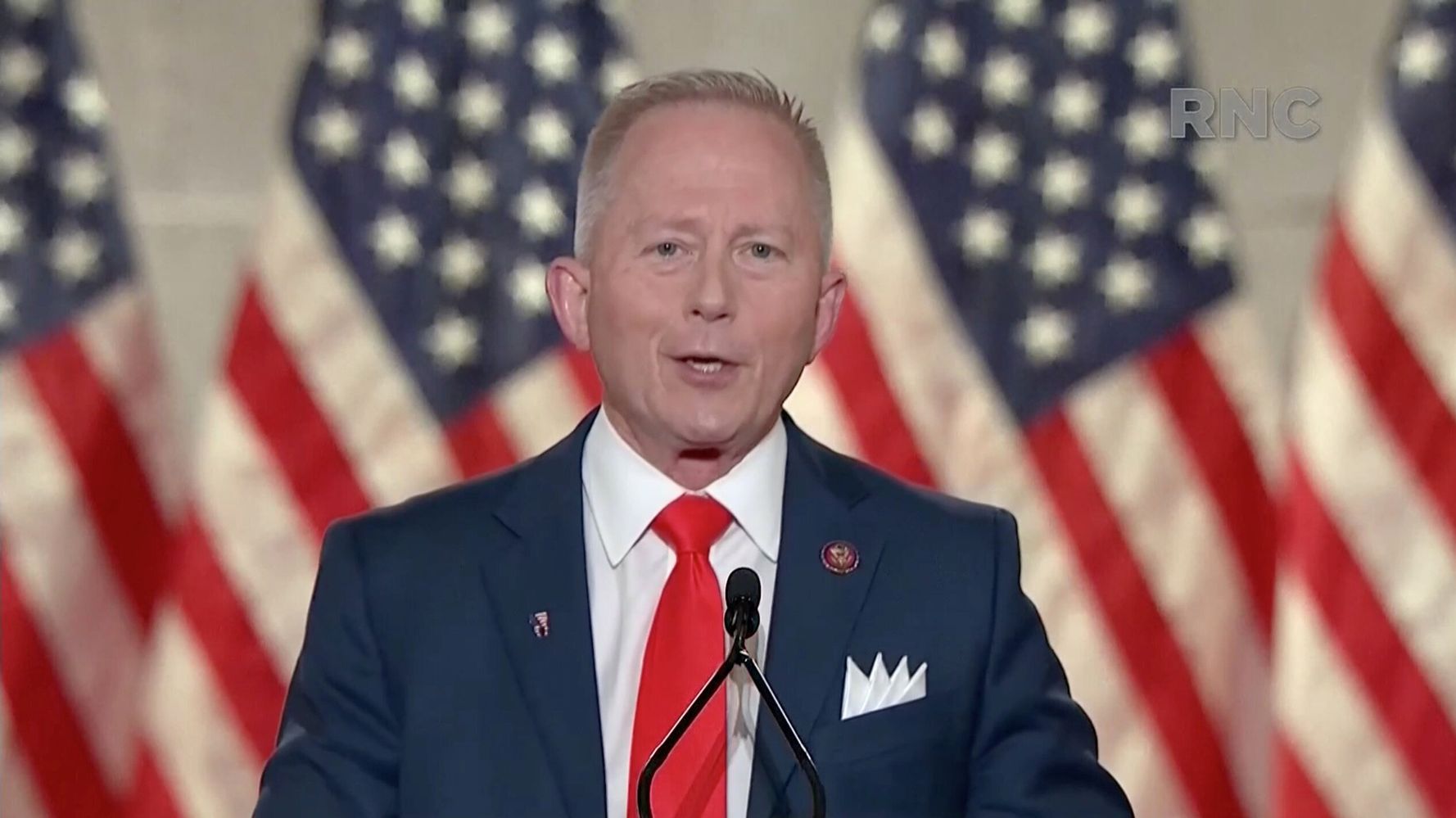 “Republican National Convention/Reuters Rep. Jeff Van Drew (R-N.J.) speaks at the Republican National Convention on Aug. 27. Van Drew’s departure from the Democratic Party shocked Democrats who previously voted for him. Rep. Jeff Van Drew, a South Jersey Democrat who became a Republican, held on to his House seat, despite the best efforts of Democrats bent on punishing him for leaving the party. The Associated Press reported Van Drew’s win on Friday. Van Drew, 67, defeated Amy Kennedy, 41, a former schoolteacher, who is education director of the mental health foundation that her husband, former Rep. Patrick Kennedy, founded. “New Jersey, like all of this country, has a lot of work to do, in terms of grappling with issues of justice, economic justice and racial justice, and this fight is far from over,” said Sue Altman, executive director of the New Jersey Working Families Party. The outcome is not only a disappointment for Democrats nationally, but also a setback for progressive reformers in New Jersey.  The feared South Jersey political machine had anointed Van Drew, a dentist and conservative Democratic state senator, to run as a Democrat in New Jersey’s open Congressional District in 2018.  After Van Drew ― angry at pressure to join Democrats’ impeachment of President Donald Trump ― defected to the GOP, the machine backed political science professor Brigid Harrison to unseat him. In a heated Democratic primary, Harrison lost to Kennedy, who was backed by New Jersey Gov. Phil Murphy (D) and the New Jersey Working Families Party. The deepest parts of South Jersey are pretty conservative. Sue Altman, New Jersey Working Families Party Both Murphy and the Working Families Party are locked in a fight to end the corrupt practices of South Jersey political boss and insurance executive, George Norcross, who allegedly used the state’s tax incentive program as a slush fund for cronies. Regardless of its implications for state politics, however, the outcome of the general election likely had more to do with South Jersey’s unique political and demographic dynamics. New Jersey’s 2nd includes some of the more conservative parts of a state that is solidly Democratic in federal elections. It has patches of liberal, urban diversity, such as Atlantic City, as well as vast swaths of rural, working-class areas rich in farmland that lean more conservative. “The deepest parts of South Jersey are pretty conservative,” Altman said. “This was always going to be a close race.”   President Donald Trump defeated Hillary Clinton in New Jersey’s 2nd by four percentage points, after former President Barack Obama carried it twice in 2008 and 2012. And Frank LoBiondo, a moderate, pro-union Republican represented the region in the House for 24 years before announcing in 2017 that he planned to retire at the end of his 12th term. Kennedy ran on a mainstream progressive platform of increasing teacher pay, enacting universal preschool, allowing all Americans to buy into Medicare, and using federal resources to close racial and socioeconomic disparities between communities in New Jersey’s 2nd. Amy Kennedy for Congress/Facebook Amy Kennedy, a schoolteacher and mental health advocate, endured Republican attacks for positive remarks about the idea of reducing police funding. The former educator, who married into the storied Kennedy family and is the daughter of a former South Jersey Democratic official, also tried to cast herself as the more independent of the two candidates. In a veiled jab at Van Drew’s ostentatious displays of fealty to Trump, Kennedy promised in a TV ad that she would “only work for you ― not a party or a president, you.” But Van Drew and the national Republican Party painted her as a figure of the extreme left, seizing on comments Kennedy made expressing openness to “defunding” the police. A TV ad funded by the National Republican Congressional Committee, House Republicans’ campaign arm, slammed Kennedy for the remarks and her contributions to a bail fund for civil rights activists. (Kennedy has insisted that she meant to say that there is “merit in having conversations” about changes to police funding, rather than arguing explicitly in favor of reducing police funding.) As of mid-October, Kennedy’s campaign spent $1 million more than Van Drew’s, but Van Drew’s outside backers outspent Kennedy’s by $1.6 million. The New Jersey Working Families Party also suspect that Kennedy was hurt by the unprecedented remote voting system that the Garden State, which was hit especially hard by COVID-19, erected to uphold public health standards.   The state sent every eligible voter a mail-in ballot with prepaid postage. The ballots could be returned by mail, at drop boxes or in person at official election sites, but anyone who chose to actually cast their vote in person would only be able to use a provisional ballot. Provisional ballots are not counted unless the regular vote proves inconclusive, and their validity can sometimes be challenged in the courts.  “You’re asking people to change their voting habits,” Altman said. “That can lead to a lot of confusion and that suppressing is going to be borne by the most economically disadvantaged among us. That’s had a profound effect on the election.”