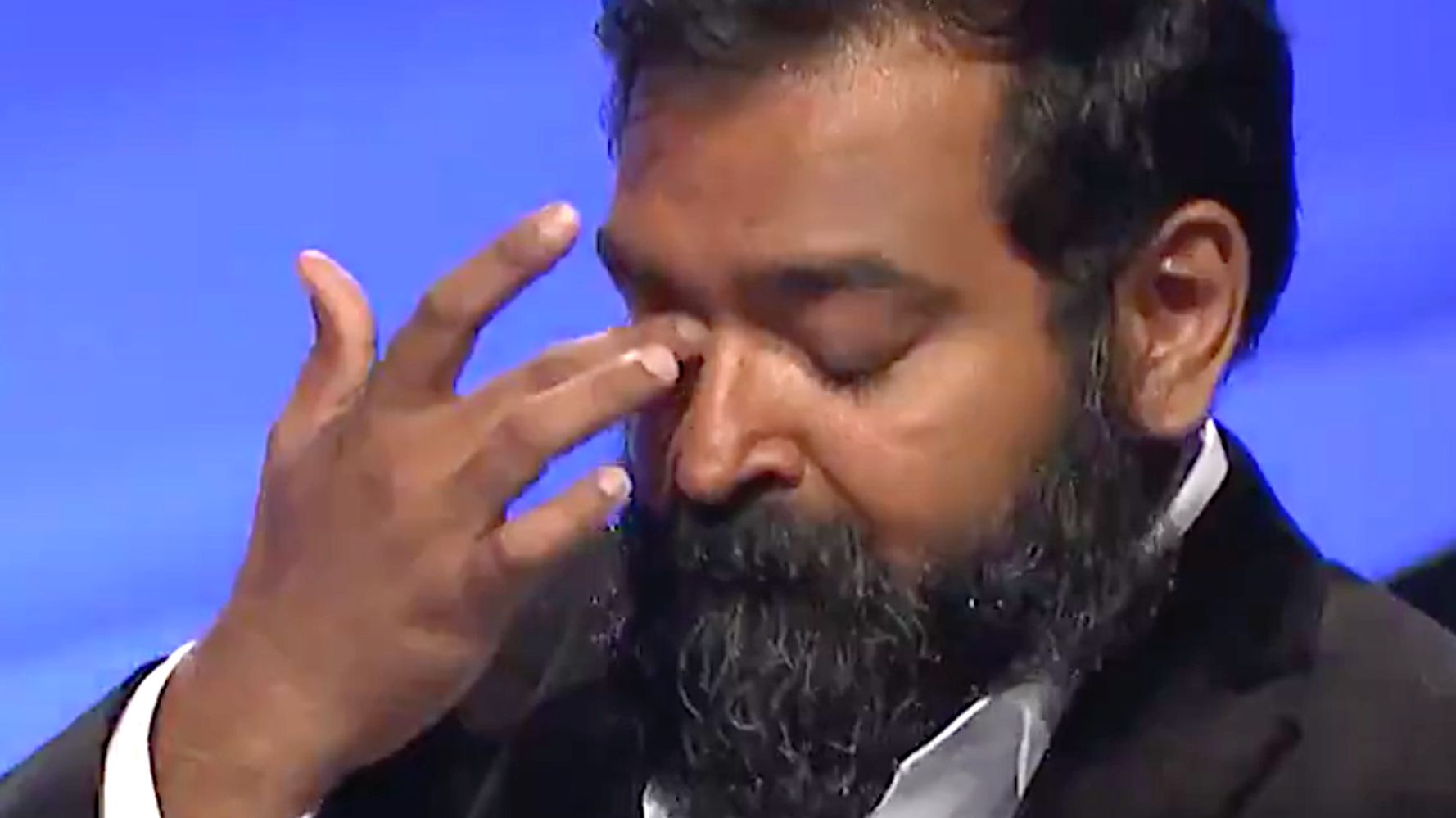 “Burt Thakur earned $20,400 to win his first “Jeopardy!” game on Thursday’s episode. But the victory meant so much more. Thakur, a project engineer who’s an immigrant, gave the game show’s longtime host Alex Trebek a tearful thanks for a very important reason. “Here’s a true story, man,” Thakur said. “I learned English because of you. And so, my grandfather who raised me ― I’m gonna get tears right now ― I used to sit on his lap and watch you every day. So it’s a pretty special moment. Thank you very much.” Alex’s impact is immeasurable. Thank you for sharing, Burt! pic.twitter.com/XgGGwJ8GlH— Jeopardy! (@Jeopardy) novembre 6, 2020 In a “Winner’s Circle” interview posted by the show, Thakur said his “Jeopardy!” triumph brought him full circle. “I just feel really special right now and it’s awesome," Egli ha detto.