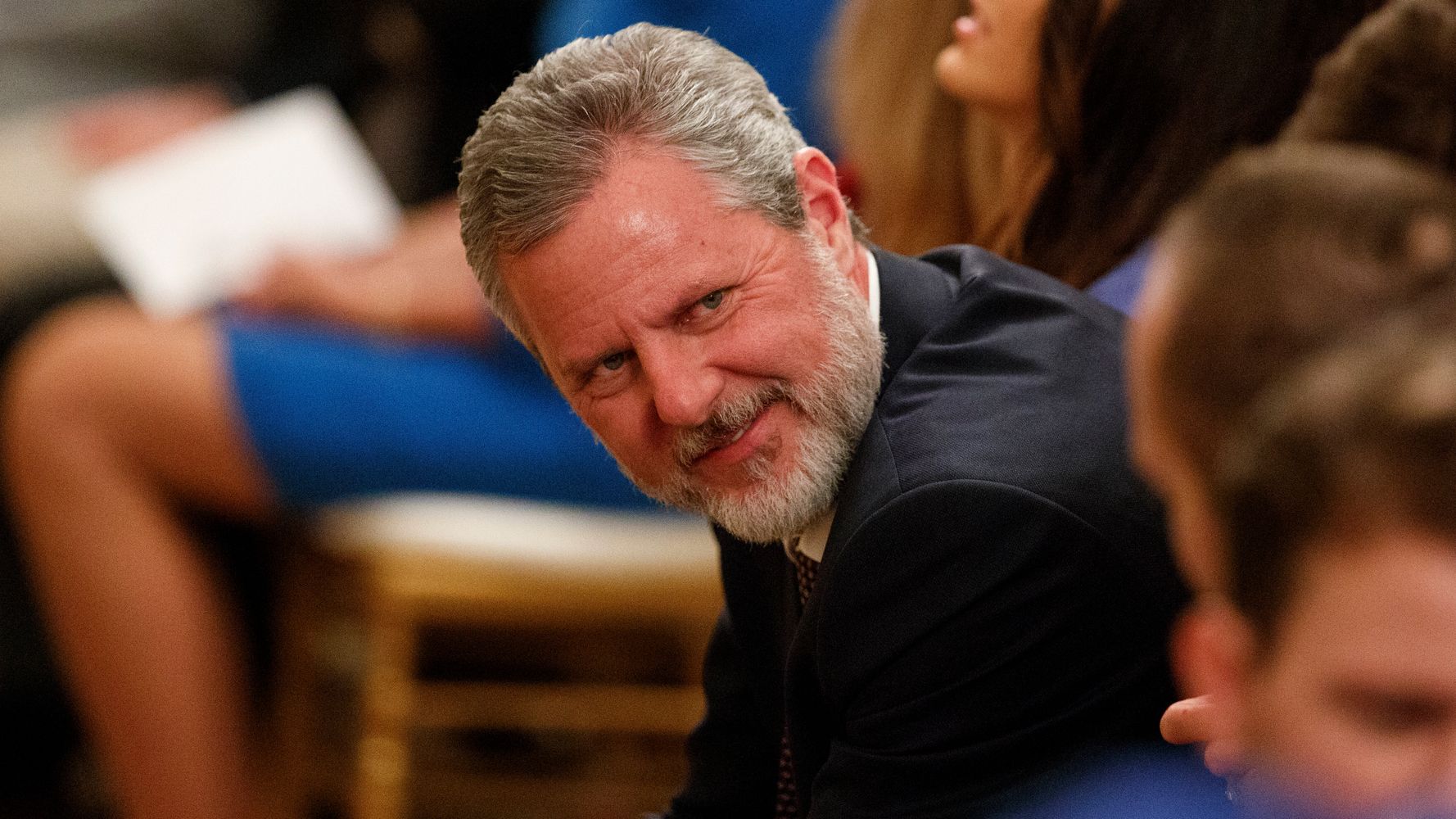 “Jerry Falwell Jr., ex-president of Virginia’s Liberty University, has filed a lawsuit against his former school in an attempt to reverse his fall from grace. Falwell announced Thursday that he is suing the evangelical Christian university he was ousted from this summer following allegations of an extramarital affair, The Associated Press reports. The lawsuit filed in Lynchburg Circuit Court on Wednesday describes Falwell and his family as the targets of a “malicious smear campaign incited by anti-evangelical forces.” “Liberty University not only accepted the salacious and baseless accusations against the Falwells at face value, but directly participated in the defamation,” the lawsuit alleges, according to AP. The lawsuit also claimed breach of contract. “We attempted to meet several times with the Liberty University Board of Trustees Executive Committee but were unsuccessful in doing so,” Falwell’s lawyer Robert Raskopf said in a press release. “Thus, we were forced to seek remedy for Mr. Falwell’s ongoing injuries and damage to his reputation through the Court.” Liberty University spokesperson Scott Lamb told HuffPost that the university hasn’t reviewed the lawsuit. “The University would need to read and review a lawsuit before making comment, and as of this moment we have not been served,” Lamb said. (AP Photo/Evan Vucci) Jerry Falwell Jr. is the former president of Liberty University, an evangelical school founded by his late televangelist father. Falwell resigned in August from his role as the chancellor and president of Liberty University, a school founded by his famous televangelist father, Jerry Falwell, Sr. The younger Falwell dramatically increased the school’s enrollment and endowment, while building a reputation as an outspoken supporter of President Donald Trump. His departure from Liberty came days after Reuters published the allegations of a young businessman, Giancarlo Granda, who claimed he had a yearslong affair with Falwell’s wife, Becki Falwell, and that Jerry Falwell sometimes participated in the liaisons as a voyeur. Granda gave Reuters a recording of a 2018 phone call he allegedly had with the Falwells, which purports to capture the couple discussing Becki Falwell’s jealousy about Granda dating other women. The Falwells have acknowledged that Becki Falwell had an affair, but Jerry Falwell denies that he participated. Jerry Falwell has called Granda a “criminal” and a “liar,” and claims the man tried to extort the couple over the affair. 조나단 에른스트 / Reuters Giancarlo Granda says he was befriended by Jerry Falwell, Jr. and his wife Rebecca while he was working as a pool attendant at a luxury Miami Beach hotel. Falwell’s tenure at Liberty was on rocky ground before the Granda accusations came to light. He was suspended in August after posting a photo of himself and another woman on social media with both their pants zipped down. Before that, Falwell had faced criticism from Black students at Liberty for tweeting out a racist image, as well as claims that he worked hard to silence dissent on the campus. Falwell’s lawyer did not return HuffPost’s request for comment. Liberty University has engaged a Chicago-based law firm, Baker Tilly US, to conduct an independent investigation into Falwell’s tenure as president, including accusations of self-dealing. The school’s board said the investigation would look into financial, real estate and legal matters. Last week, the firm launched a website where Liberty University employees, contractors, and business affiliates can confidentially report evidence of misconduct. (AP Photo/Steve Helber) This November 2018 file photo shows Jerry Falwell Jr. and his wife, Becki, during a town hall at a convocation at Liberty University in Lynchburg, 여자 이름. In August, Falwell told The Washington Post that he was leaving Libeerty because he didn’t want his wife’s conduct to embarrass the school. He also claimed he had been bored and was seeking to move on. On Thursday, Falwell said the lawsuit was a “necessary” step to restore his reputation and “help repair the damage to the Liberty University brand.” “Other than God and my family, there is nothing in the world I love more than Liberty University,” Falwell said in the press release.