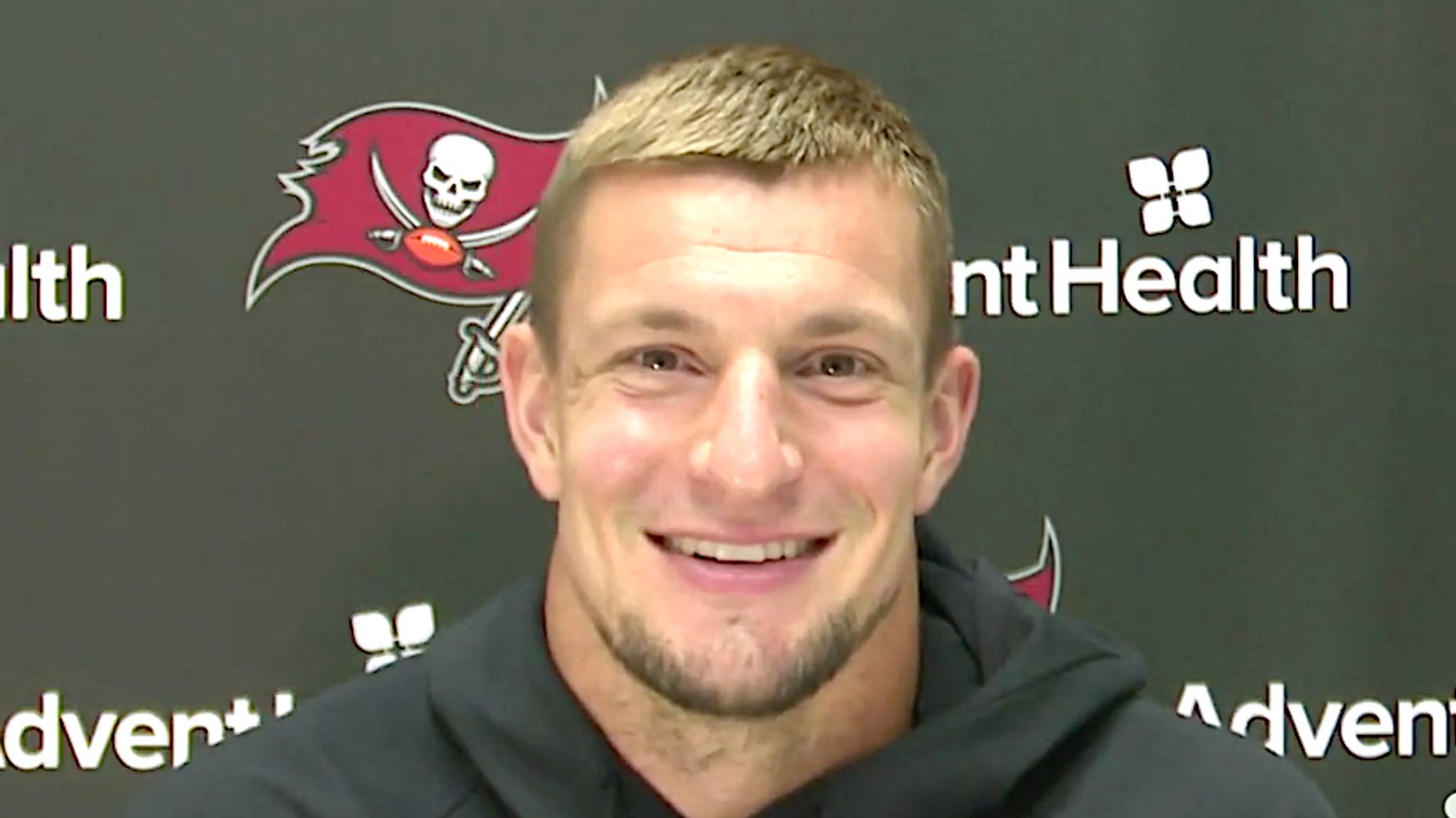 ““The Tonight Show” offered a hilarious antidote to the “take it one game at a time”-style cliches that some pro athletes are fond of using in interviews. (See the video above.) Host Jimmy Fallon supplied some NFL players with wacky responses to use at news conferences ― and he showed off the highlights on Monday. Tampa Bay Buccaneers tight end Rob Gronkowski quoting his mom about maple syrup and Minnesota Vikings running back Dalvin Cook comparing his play to Swiss chard are just a few of the delightfully WTF comments in this compilation. Kansas City Chiefs tight end Travis Kelce, Seattle Seahawks receiver D.K. Metcalf, Tennessee Titans quarterback Ryan Tannehill and others also star in Fallon’s “Drop It In” segment.