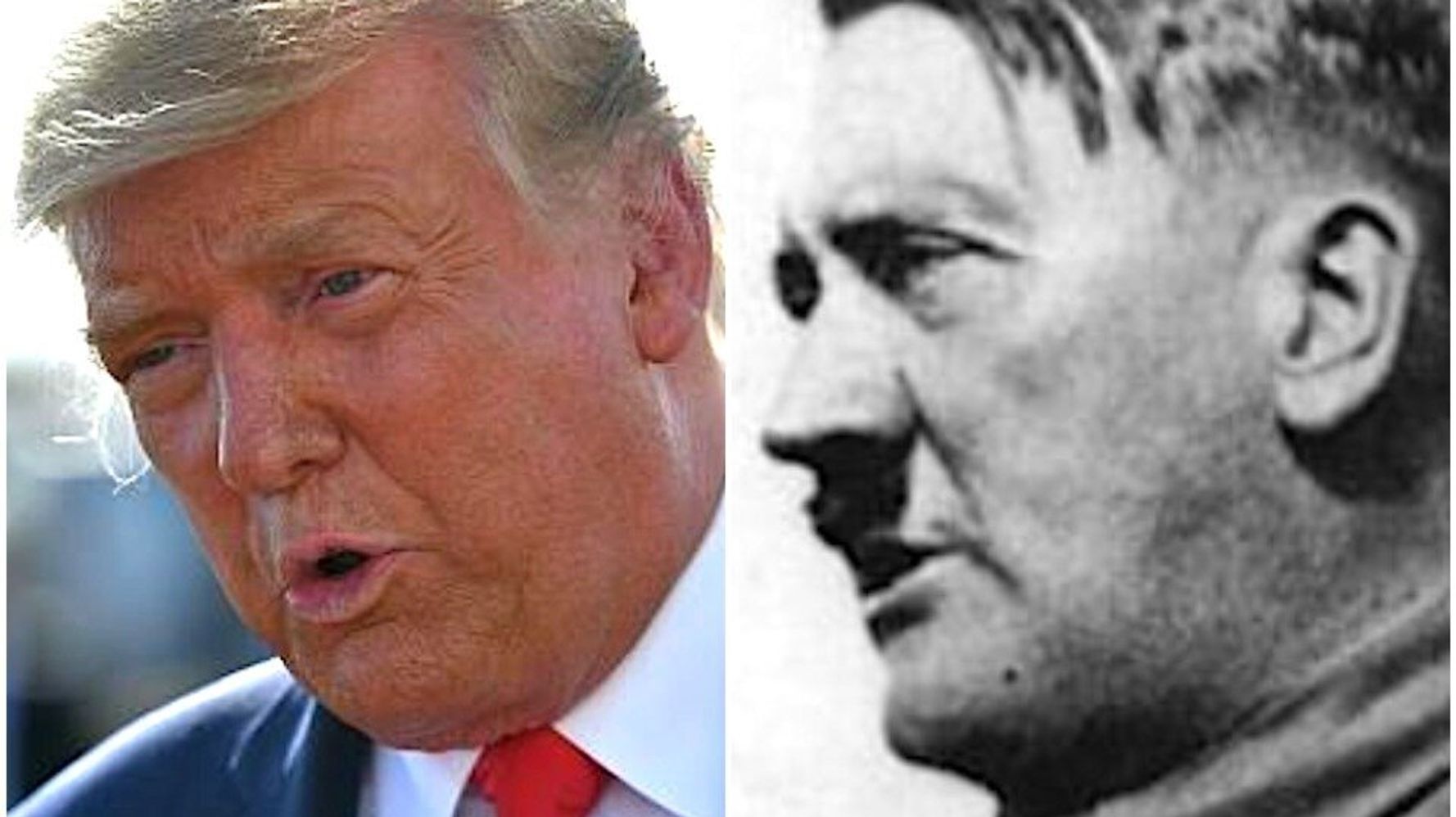 “Jimmy Kimmel pounced on a TV gaffe that showed the title of an Adolf Hitler documentary under President Donald Trump as he spoke at a campaign rally. (See the video at bottom.) In his monologue Monday, the talk show host noted that the Newsmax channel preempted its regular programming to show the Trump campaign event. But the title of the originally scheduled show remained onscreen: “The Life of Adolf Hitler: Rise of the Demon.” YouTube/Jimmy Kimmel LIve Whoops! “The Hitler family is furious,” Kimmel cracked. “They’re talking about suing.” Check out the full monologue: