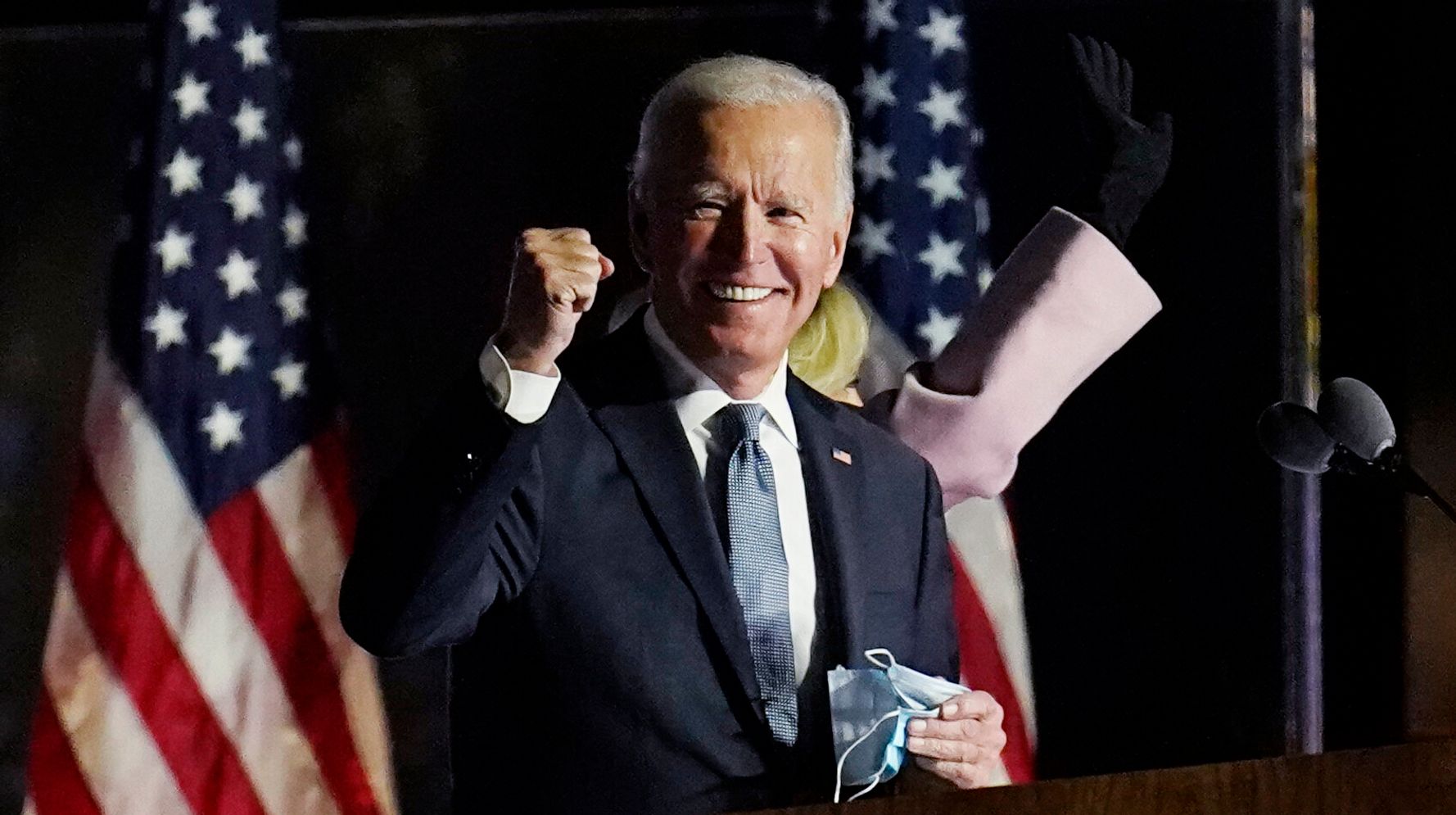 “Democratic challenger Joe Biden urged his supporters to “keep the faith” amid slow results from a slate of battleground states in the presidential election, saying he believed he was on track to defeat President Donald Trump when all the votes are counted. “We knew this was going to go long, but who knew we were going to go into tomorrow morning, maybe even longer,” Biden said in Delaware. “We feel good about where we are, 我们真的. I’m here to tell you tonight, we believe we’re on track to win this election.” Results in several pivotal battleground states, namely Pennsylvania, Wisconsin and Michigan, have been slow to arrive, with election officials saying the crush of mail-in ballots will take time to count. Georgia also said late in the evening it did not think it would have full results until at least Wednesday. Trump claimed the first major prize of the night, winning Florida and its 29 electoral votes. The Associated Press was still declaring Texas, another major swing state, too close to call. Biden said he was confident many of the states yet to be called by early Wednesday would line up in his favor and deliver him the White House. “We’re confident about Arizona. We also just called it for Minnesota, and we’re still in the game in Georgia, although that’s not what we expected,” Biden said to raucous honks from supporters. “We’re feeling real good about Wisconsin and Michigan. 和, by the way, it’s going to take time to count the votes, but we’re going to win Pennsylvania.” Trump, for his part, appeared to be watching Biden’s speech in real time, taking to Twitter to say, falsely, that he was up “BIG” and accuse the Democrats of trying to “STEAL the Election.” The missive was promptly marked as misleading by the social media giant.