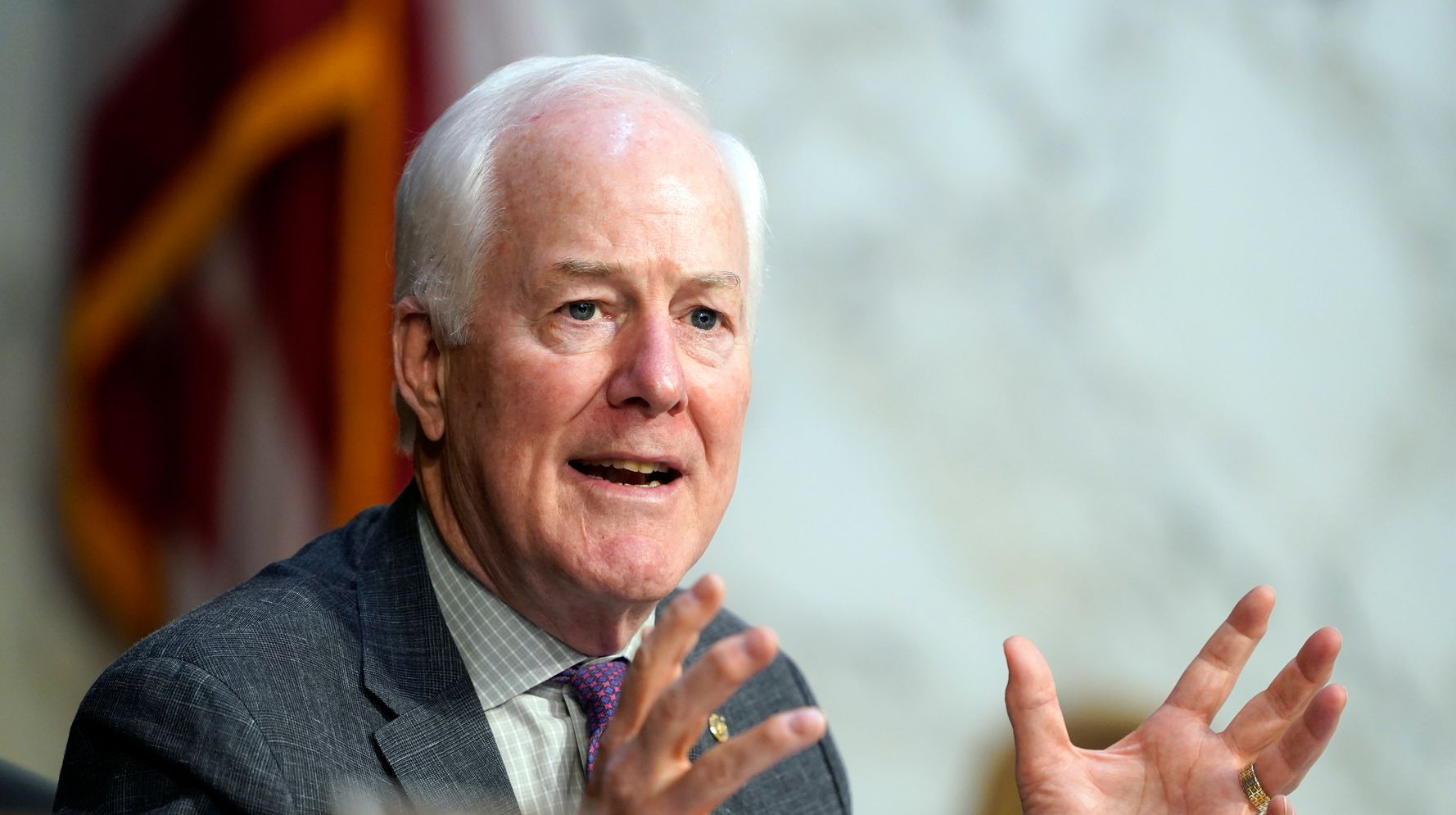 “它的. John Cornyn (R-Texas) is projected to win against Democratic challenger M.J. Hegar to keep his Senate seat and increase the odds of the GOP holding on to control of the chamber, ABC and NBC reported Tuesday. Democrats have not won a U.S. Senate race in Texas since 1988 but had hoped that shifting demographics and Trump’s drag on the ticket could put Cornyn’s seat in play this year. Polls heading into Election Day showed him maintaining a single-digit lead over Hegar, a former Air Force helicopter pilot. Cornyn’s seat was one of 23 that Republicans were defending this year, and a loss by the three-term senator would likely have signaled a disastrous night for Republicans. Even though Cornyn won, Democrats still have enough pickup opportunities elsewhere to flip control of the Senate. Texas essentially became a battleground in 2020 despite Republicans’ longstanding advantage in the state. Polls showed President Donald Trump and Democratic presidential nominee Joe Biden neck and neck in the state, while Biden’s running mate, 它的. Kamala Harris (加利福尼亚州), visited Texas in the final days of the campaign. In a sign of just how competitive Democrats believed Cornyn’s seat was, Hegar outraised the incumbent in the final weeks of the campaign by a nearly 3-1 margin, while Democratic super PACs poured millions into the race in its final days. The Cook Political Report had rated the race “lean Republican.” ASSOCIATED PRESS A loss by Sen. John Cornyn in Texas would have signaled a disastrous night for Republicans. Hegar attacked Cornyn as a Trump stooge who failed to lead in the response to the coronavirus pandemic and tried to gut the Affordable Care Act and its coverage protections for preexisting conditions. In the weeks ahead of the election, she criticized the senator for prioritizing the Supreme Court confirmation of Judge Amy Coney Barrett rather than working on another coronavirus relief package as millions of U.S. workers remain unemployed. 在 2016, Cornyn was among the Republican senators who maintained that the Senate should not consider then-President Barack Obama’s nominee to the Supreme Court, Merrick Garland, until the presidential election took place several months later. But when it came to Barrett, Cornyn voted in support of her confirmation a little more than a week before Election Day. Hegar is known for her viral online ads that feature her riding her motorcycle and that delve into her experiences as a veteran. She was wounded on her third tour in Afghanistan and earned the Purple Heart and the Distinguished Flying Cross. Cornyn tried to make an issue out of Hegar’s salty language on the campaign trail. He ran an ad in late October showing Hegar cursing and casting himself as a calm voice who cuts through the “rancor.” In response, Hegar took to Twitter and called Cornyn a “sell-out” who’s full of “bullshit.” Here’s another ad for you, 约翰!You’re a sell-out, and Texans see through your bullshit.We’re mad as hell that you tried to gut our health care.It’s a damn shame you’ve spent so long in DC you forgot what regular Texans sound like.So we’re gonna send your ass home! https://t.co/fFWvBLb6Sd— MJ Hegar (@mjhegar) 十月 22, 2020